San Diego was abuzz with excitement as the industry descended on the BIO International Convention for three and a half days of innovation, collaboration and discovery at the world’s largest annual biotech event. On June 19, 2017, the San Diego Convention Center became the point of convergence for some 16,000-plus roads to BIO, representing both distance traveled and adversity overcome to arrive at this epicenter of scientific development.

Breakthrough at BIO was the theme of the 2017 convention, reflective of the breakthrough achievements and partnerships that have driven innovation among the year’s largest gathering of biotechnology leaders, as well as those experienced on this group’s journey from Boston to San Diego.

For those who traversed the Road to BIO, this was their greatest breakthrough yet—12 days in the making for some, 25 years for others. But as in even the final phase of drug development, the journey was far from over. Not only was there plenty of post-production work to be done in addition to three laborious days at the year’s largest industry convention, but today was still, technically, the Road to BIO, which meant there was more innovation to discover before the journey could officially be marked complete. This also meant a key daily ritual could not be foregone.

“Before we left for the last 40-mile drive down to San Diego, Eugene and I cleaned the car,” Nigel said with a laugh. 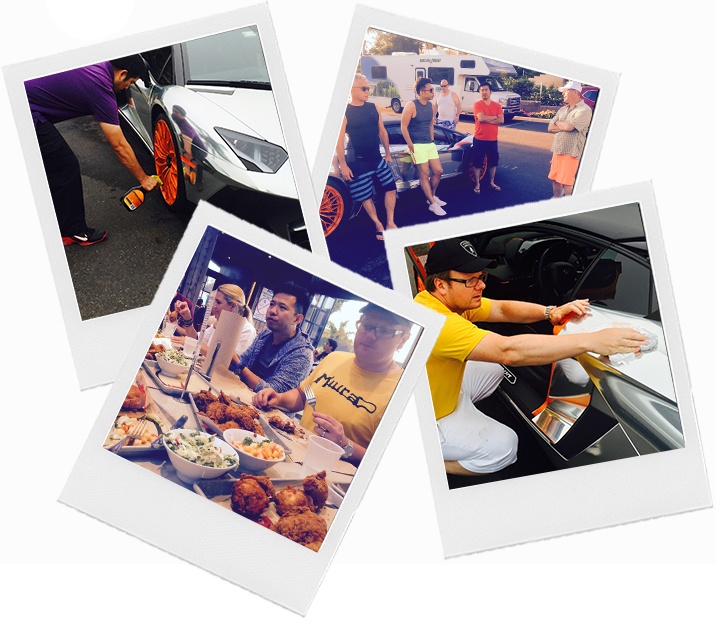 A few more warriors had jumped on the caravan for the final stretch to BIO 2017, which would culminate in an interview with Bio-Rad before pulling into That’s Nice booth 1019 for the agency’s pop-art adorned “Glittering Insight” themed exhibit. But the slightly inflated crew ran into a bit of a snag before the checkered flag could be waved, one that was thankfully atypical to the Road to BIO but reminiscent of that one multi-take incident at Celanese back in Irving, Texas—finding an acceptable location from which to shoot.

But this was the Road to BIO—by now, they had been through it all. Having anticipated that a final detour may be necessary, they employed nearly every bit of insight they had gained while on the journey to navigate this challenge with flexibility and agility. And with Bio-Rad’s seasoned global director of marketing, drug discovery and development Steven Blakely as their final subject, the Road to BIO was easily put back on course for smooth sailing around the final bend.

Life sciences research and clinical diagnostics provider Bio-Rad has been partnering with drug discovery, development and manufacturing researchers for over 60 years to deliver customizable workflows that enable innovative solutions.

“We take not only innovative technologies, but we piece them together into enabling workflows,” said Steven. “The drug developer who gets there fastest is going to win the race, so we are a flexible partner that helps them move that process along as quickly as possible.” 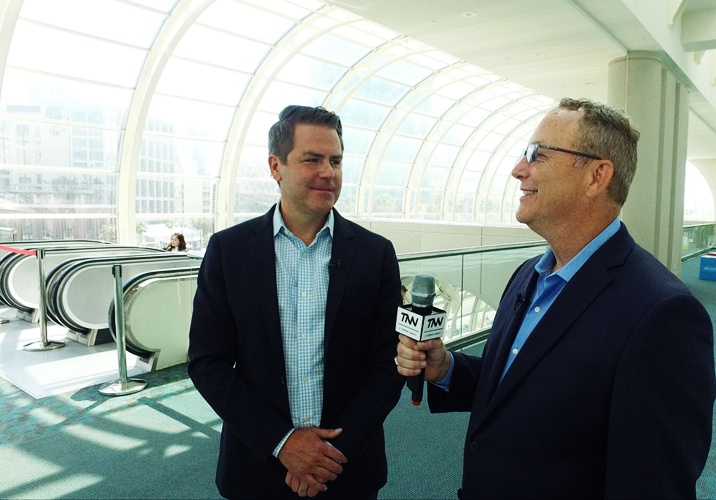 Core to Bio-Rad’s organizational mission is accelerating discovery to improve lives. With biopharma in particular, speed to market is of the essence, which means customers need to accelerate their timelines—in all aspects.

“They need to fail faster,” said Steven. “They need the technologies, the flexibility, partnership and support a company like Bio-Rad can provide. At Bio-Rad, we’re investing heavily in those types of opportunities.”

And that was a wrap. For the last time on the Road to BIO, Nigel took the wheel of the Lamborghini, bound at a snail’s pace for the That’s Nice booth where he would rejoin his fellow road warriors. Navigating the aisles of the convention amid the bustle of its inaugural day, he spotted several of the innovators who had both inspired and fueled this cross-country journey, including those he had met along the way. And with every nod to a familiar face came a reminder of the knowledge, innovation and perseverance involved in navigating a pathway so often fraught with adversity to advance pharmaceutical and biopharmaceutical discovery. 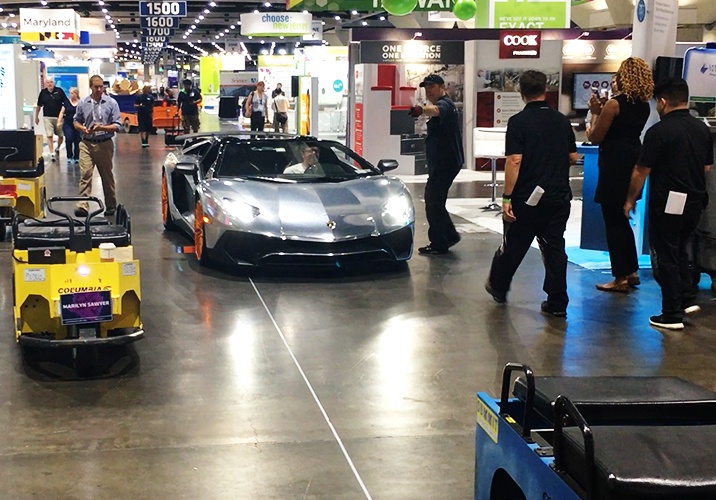 Wei Gao, the Road to BIO’s part-time, navigationally challenged project manager, was the one directing traffic, waving Nigel onto the AstroTurf lining the agency’s 20’x20’ booth. Wei’s perspective was unique, having departed on day two and rejoining on day 12, which enabled him to make a most astute observation about the group he last encountered back in Plymouth Meeting, New Jersey.

“Everyone, with the exception of Nigel, was smoking,” he laughed. “And after two days, I started smoking as well.”

Wei’s observation with regard to the actions of the group may have been factually correct, but any indication of angst it suggested could not have been further from the case. In fact, the team could not have been more pleased with the outcome of the journey, and were particularly impressed with Nigel’s handling of it.

“The biggest surprise of this trip was that Nigel stepped out of the car like he’d been driving for an hour,” said Brian, who had at that point captured the journey in its entirety. “He wasn’t physically out of sorts at all. But that was never a concern for me—he’s got the stamina.” 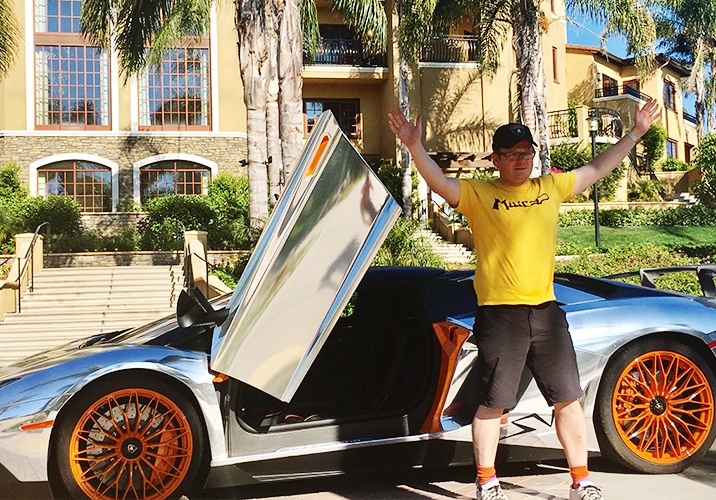 Eugene, whose extent of his time in the Lamborghini concluded with that initial four-hour jaunt from New York to Boston, was in awe of the fact that Nigel was upright after over 100 hours of driving.

“I’m kind of impressed with how Nigel drove the Lamborghini across the country,” said Eugene. “He’s pretty okay at it. It’s pretty tiring, and not as comfortable as you think.”

The Road to BIO was drawing to a close, marked unofficially by Nigel’s emergence from the Lamborghini that had traversed 4,746 miles from east to west, and officially by his announcement that it was a wrap. But those who had come to know Nigel—whether for 12 years, 12 days or 12 minutes—knew this wasn’t necessarily the case. Because for Nigel, the end of one journey marks the start of another. And you can bet the next one will be even grander. 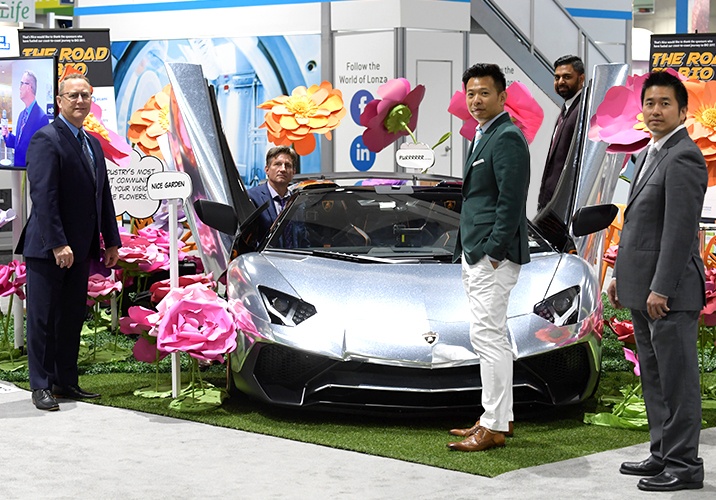 “The hardship of a journey brings innovation,” he said. “This sums up how That’s Nice thinks.”

NEXT | Epilogue: Around The World In 100 Days