Around The World In 100 Days

The official end of the Road to BIO 2017 was called at 10 a.m. Pacific Time on Monday, June 19th, as Nigel emerged from the Lamborghini onto That’s Nice booth 1019. But the journey continued—symbolically, of course, it continues to this day as the agency is staunch in its commitment to supporting the objectives of its global life sciences clients. But in a more literal and immediate sense, the Road to BIO was revived on Wednesday, June 21st, with an interview with James C. Greenwood, President & CEO of the Biotechnology Innovation Organization at the BIO International Convention itself. 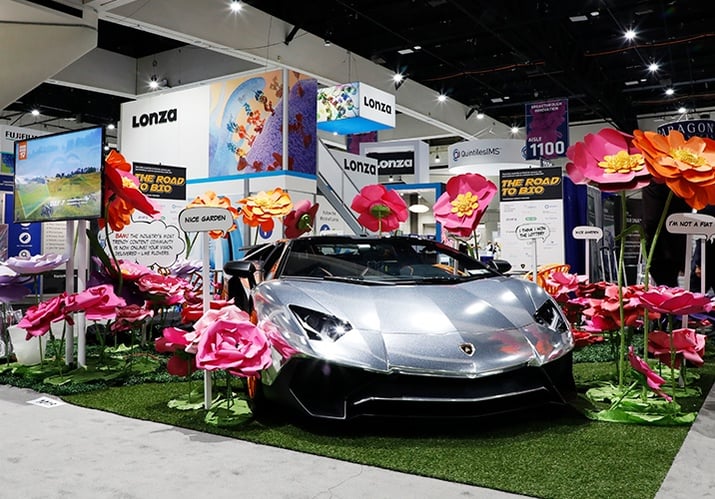 Jim, as it turns out, is on his own Road to BIO, having traveled 135,390 miles as of the time of writing to spread the “biotechnology message” across the world. And he too has a unique vehicle for his story—a 1973 vintage Jaguar E-Type. And it’s a V-12, to boot.

While it would be an inaccuracy to claim the Road to BIO went off without a hitch, it went as well as anyone could have hoped, and in fact exceeded the expectations of those both on the journey and facilitating it from the back end. The team came together in a way no one could have anticipated, the feedback from sponsors and the community was overwhelmingly positive, and the car came out with nothing more than a scratch. The trip went so smoothly, in fact, that it was actually what happened when something went wrong in its aftermath that showed real leadership taking place without Nigel’s involvement at all.

“Once the journey was over, we had to get the Lamborghini back to New York and the RV had to be driven back to New Jersey,” said Nigel. “The air conditioning had failed, along with some other issues, and the team’s ability to adapt without any issues was impressive. I had left, and the team was able to deal with the situation seamlessly while under duress.”

With the exception of a stone chip on the hood of the Lamborghini, the car made it through virtually unscathed. And as Nigel continues to traverse the globe while meeting with clients and increasing the agency’s footprint, he’s continuously taken aback by the feedback he receives on the Road to BIO, both by sponsors as well as those across the pharmaceutical community who followed the journey on blogs, newsletters, e-blasts and social media. And they all seem to be asking that one question that Nigel loves to hear most.

“When are you going to do this again?”

With certainly no need to ask him twice, Nigel is on the case, researching the classic, Around the World in 80 Days, and quoting Phileas Fogg around the office. But in true Nigel Walker fashion, he’s taking it up a notch.