“Wherever we go, we heat up the place pretty quick.”
Albert Bruan, Security & Driver (RV)

The characteristically thick Mississippi air was particularly so this morning, infused with the sense of unrest that seemed to permeate the group following the previous evening’s encounter. As Nigel and Eugene washed the car a bit more hurriedly than usual on a day with no sponsor visits, the two debated whether last night’s greeting came from a well-meaning citizen or someone with crueler intentions.

Upon arriving in Jackson the night before, Steve and Nigel hit the downtown area for a few snaps of the town hall—a must in a city as rich in history as this one. As the two captured their surroundings, it became eerily evident that someone else was capturing theirs, when an SUV pulled up alongside the Lamborghini and heeded a most unnerving warning. 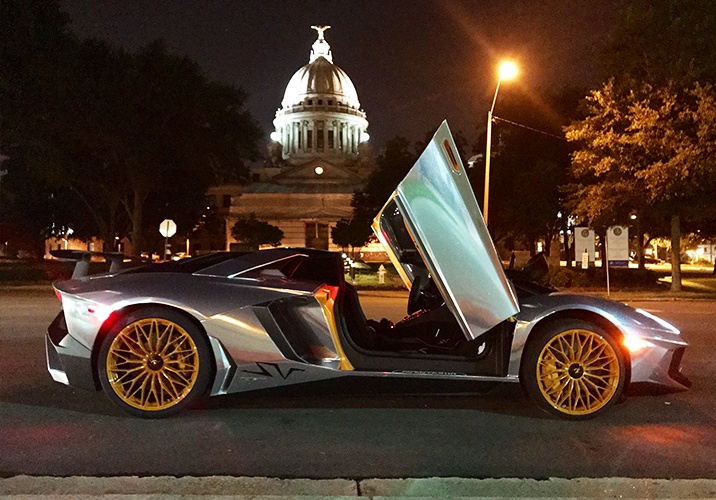 “I’m not going to rob you,” said the driver of the SUV, a heavyset man with a booming voice. “But you need to leave. You’re in a dangerous neighborhood, and I suggest you get out of here.”

With certainly no need to tell them twice, Nigel and Steve hit the road for the hotel. At this point, they figured the guy in the SUV probably meant well and, as Nigel would claim, testing the limits of the Lamborghini’s accelerator down Route 20 was merely a precaution. But what happened next was what sparked the early-morning debate around the car wash. Five to seven miles down the road, the same SUV turned up.

“That was that,” said Nigel. “We were off like a dirty shirt.”

With the next sponsor visit not scheduled to take place until the following day, the plan was to hit the Vicksburg National Military Park, a bit of a surprise for Navy veteran Albert Bruan. Steve wanted to pick up some supplies before hitting the road, so the crew decided to pop into the local Walmart before leaving Jackson. As was to be expected, a large group circled the car with all sorts of questions. But with the sense of unease lingering from the night before, this usually happy occasion was tainted with tension. Then came a warning.

As Nigel tells it, Steve ran into Walmart exclaiming that the police had turned up and that the crew needed to leave Jackson at once. Local gangs had been alerted that there was a Lamborghini in town, and their property was at risk of being “jacked.” Whether this was an accurate portrayal or dramatic retelling, it was best that the crew move on—and move on fast.

An hour west on the now-familiar I-20 was Vicksburg, Mississippi, site of the pivotal Siege of Vicksburg during the Civil War. Turns out, Albert had earned himself a lifelong pass to national parks and recreational lands with his earlier service, and the crew had fortuitously earned one by association. 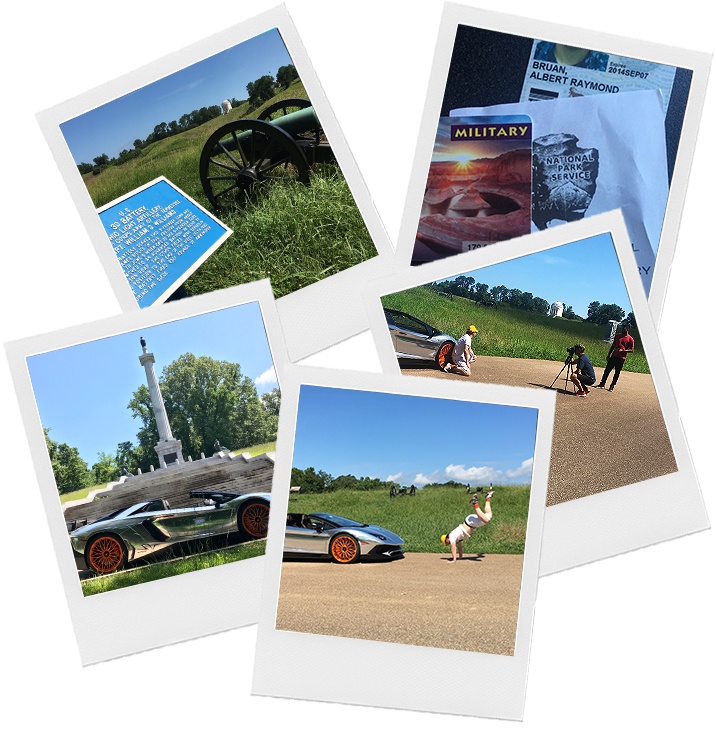 “I smuggled in the people in the back of the RV,” Albert beamed.

Between the military veteran in Albert and Civil War buff in Steve, there were at least two enthralled parties aboard the Road to BIO, and that number would jump to seven by the end of this visit. For Nigel, it was the cannons overlooking the ridge and the rolling hills where thousands of young men died in battle that stuck, marking the historical relevance of the Civil War, and this monumental battle in particular. Steve, who had been left at the entrance while he conducted an hour-long conference call, turned up about three hours later after getting lost in the history of the hallowed grounds. 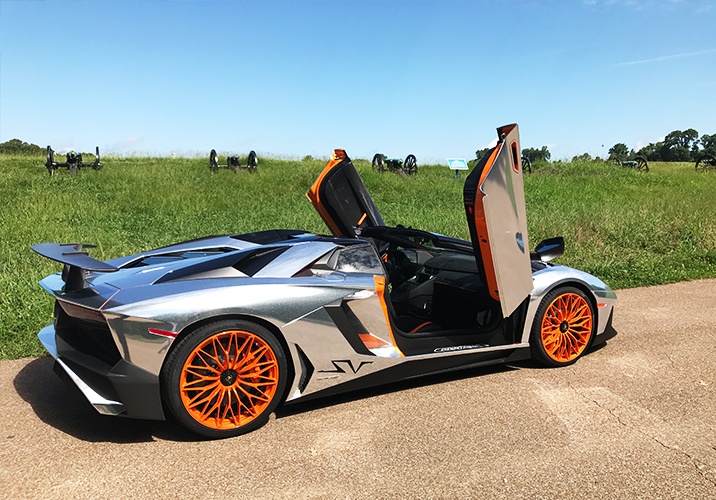 The 375-mile drive to Irving, Texas, which was that night’s resting place and the location of the next day’s first sponsor interview, was cut in half with a stop for some fried shrimp and catfish at Sam’s Southern Eatery in Shreveport, Louisiana. Albert was a bit skeptical looking at the establishment’s questionable exterior, but quickly got over his trepidation once he took his first bite. 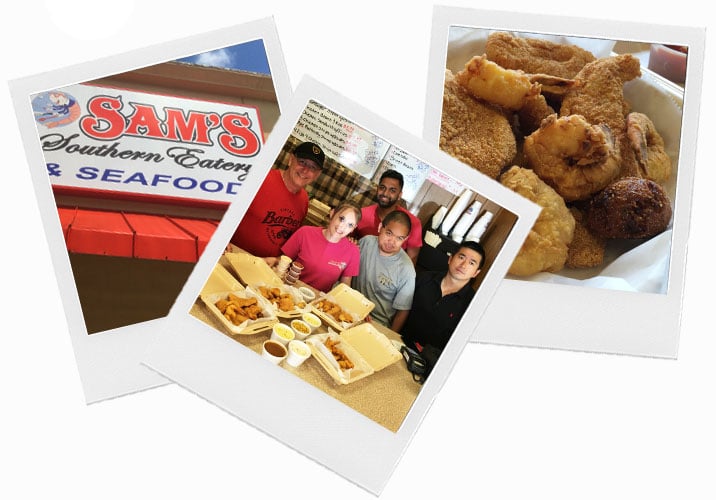 “It did not look good,” recalled Albert. “But oh my God, their catfish and shrimp. I ordered a basket as opposed to a plate. She doubled it, and threw a mountain of fries on top. I was stupid enough to finish them all.”

Fortunately for Albert and his admittedly self-induced food coma, the crossover into Texas brought with it the state’s generous 85-mile-per-hour highway speed limit. Top speed for the RV, Albert gunned it the rest of the way to Irving, still, of course, lagging behind Nigel and Steve in the Lamborghini. But they must not have been that far behind, as evidenced by the reaction of the gas station attendant when they stopped at one of the very few fuel stops they encountered on I-20. Brian captured it best.

“We walked in, and the cashier was on the phone saying, ‘you wouldn’t f#$@%&* believe it—a silver Lamborghini!’ And we said, yeah, we know that guy.”

NEXT | Chpater 8: Putting The ‘Bio’ Back In Road To Bio