Putting The ‘Bio’ Back In Road To Bio

“We all had to help out. He was getting noticeably
frustrated and burnt out.” Govindra Singh, Scientist

At long last, the Road to BIO was back on the road to BIO. With their last sponsor visit two days’ prior in Atlanta, the boys were eager to dive back into the science and innovation that inspired this whole scavenger hunt. And with global technology and specialty materials company Celanese first at bat only 400 yards from the hotel, they certainly didn’t have to look far—or so they thought.

“Albert took a few wrong turns, and it was a 15-minute drive,” explained Steve.

Albert, it should be noted, had been fending off backseat drivers since before Steve’s outcry during that wide left turn back in Princeton, New Jersey. Now eight days in with only two more to go for Albert before his departure in El Paso, he had had just about enough.

“I had a bunch of backseat drivers,” said Albert. “I missed a few stops on purpose.”

Their time at Celanese would get off to a rocky start, though Albert’s navigation was not to blame for this. The building security seemed uncomfortable from the moment they arrived, and after 30 minutes of setting up, the team was asked to leave the building and shoot outdoors. This was no issue for the agile crew and their quick-thinking subject, but by the third time, it began to impact the flow of the shoot, and Steve the reporter was taking the brunt of it. 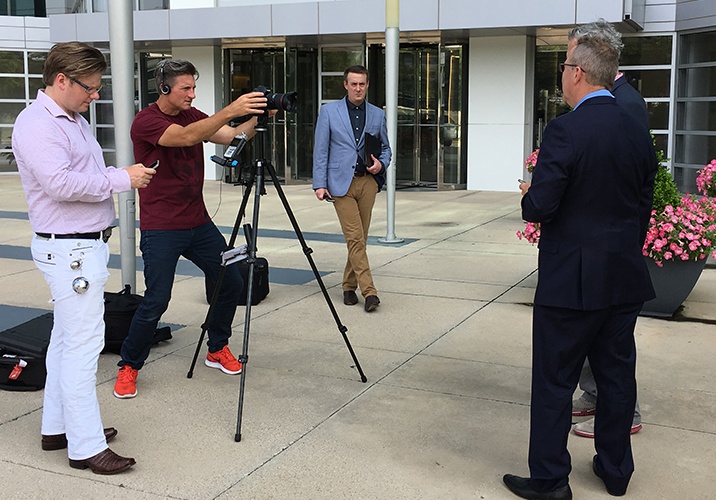 “The security guard stopped us right in the middle of our first take,” said Steve. “I was frustrated, but we rolled with it.”

As Steve struggled, Albert, Eugene and Govindra came together to figure out how they could support their comrade, and get the interview on track.

“We kind of had to coach him,” said Govindra. “We tried to be extra positive toward him and to keep his confidence up.”

It’s hard to say whether it was explicitly the support of the team that did it, but after three calls to action from three different locations, the interview was underway. And it was one of the best of the journey.

At Celanese, teams of engineers, scientists, operators and product developers are hard at work developing technologies that strive to make lives “a little easier.” Leveraging organizational expertise in chemistry, technology and business, Celanese partners with customers across the entire supply chain to develop innovative solutions that meet the needs of patients.

“We work with customers from the very earliest conception of their device and their delivery system all the way through the full life cycle for a range of inhalers, injectors as well as implantable drug delivery devices made from unique polymers that we produce,” said Dr. Donald Loveday, Customer Applications Director, Pharma and Medical for Celanese. “We’re also introducing our EVA polymers for the delivery of biologic drugs at BIO.” 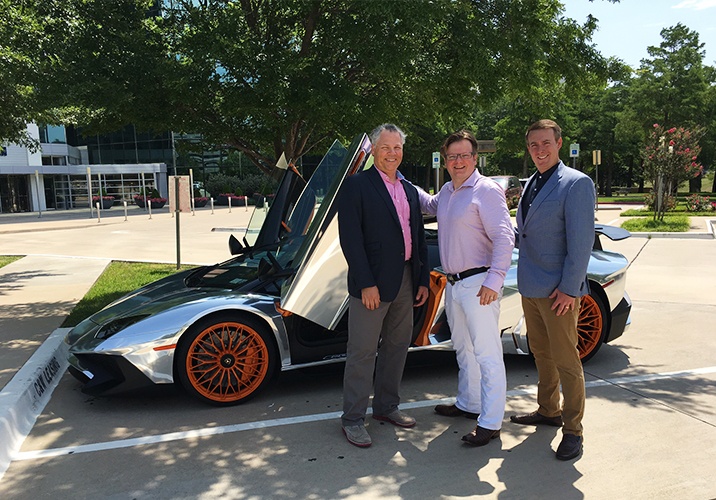 Specific to biologics development, Celanese develops custom polymeric excipients and polymers to be used in combination medical devices, overcoming bioavailability challenges by combining innovative drug delivery technologies with their proprietary EVA excipients. Their VitalDose® EVA excipients, for instance, are blended with therapeutic agents and implanted as delivery vehicles for the controlled release of both conventional and biologic APIs.

“We have been promoting our EVA polymer, which is intimately mixed with a drug to provide controlled release over a long period of time,” said Donald. “We think this is a solution that can work with high-potency biologic APIs, which are particularly difficult to formulate.”

It was flat roads, big trucks and a soaring (legal) 85 miles per hour on the relatively short jaunt to College Station, home of the Texas A&M Aggies and, more importantly to the Road to BIO, G-CON Manufacturing. Steve, who has a song for every situation, provided a most apt soundtrack as the crew drove through, and along to, “Miles and Miles of Texas”—a song made famous by Asleep at the Wheel and performed on the Road to BIO by Steve ‘X-Man’ Kuehn.

“Whether the team was tolerating me or encouraging me, I’m not exactly sure,” admitted Steve of his singing. “But they were positive in their response.”

The day had hit its 93-degree peak when the crew pulled up to G-CON’s manufacturing facility and Nigel climbed out of the low-sitting Lamborghini, ripping his pants on the way up. Not to worry—Brian, chief documentarian, caught the moment on video. After quickly pulling himself together, Nigel led the team into G-CON’s gloriously air-conditioned manufacturing facility, where the team was greeted at the door by Michael Katsis, Director of Business Development and Sidney Backstrom, Executive Director of Business Management—also their two interview subjects. 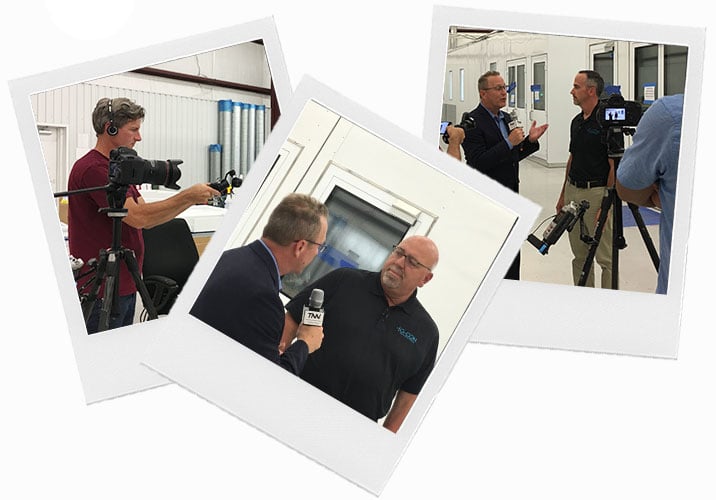 Back in the groove with an eventful morning shoot under their belts, the crew was especially excited to speak with G-CON, an organization unlike any other on the Road to BIO. Most of the interviews completed thus far were based around each organization’s pivotal role in the drug lifecycle. But with G-CON especially, a relatively small organization providing a completely new innovation, the Road to BIO saw a company that is exploding in size and redefining the future of biologics with flexible, scalable single-use design.

G-CON designs, manufactures and installs prefabricated cleanroom PODs®, which can significantly reduce the time and costs incurred during a typical construction project. From their manufacturing facility in College Station, Michael and Sid described the benefits of the POD platform, and how these autonomous structures are creating unprecedented time- and cost-saving opportunities across the pharmaceutical and biopharmaceutical communities.

“There are so many benefits to the POD platform,” said Sid. “One of the biggest is the time it takes to get our facilities built compared to stick built structures. And the scaling opportunities—you can start small and add as you grow your business.”

G-CON has forged a number of strategic collaborations to provide additional value to clients, most recently partnering with Butler Manufacturing and Span Construction & Engineering, Inc. (SPAN) for enhanced flexibility and scalability.

“We have a number of collaborations, including one with AES [Clean Technology] where we integrate their panels into our PODs,” said Michael. “Recently, we have partnered with Butler and SPAN, and they can actually provide the buildings where the PODS sit in as well. This will provide a turnkey solution for our clients.”

Sid’s wife and son turned up halfway through the interview to join in on the fun, and the crew happily hung around after wrapping for a bit of show-and-tell. At only 12 years old, Sid’s son Seth was a budding entrepreneur and apparent financial phenom after winning his school’s stock picking contest.

It was 5:30 p.m. when the crew left College Station for what Google Maps estimated to be a 90-minute drive to Houston. But between the slow and not-so-steady RV and a wide-eyed crew of New Yorkers finding themselves in the heart of Texas, 90 minutes became two and a half hours. Local ranches, community junk stores and questionable Tex-Mex were far too tempting to pass up as the team became acquainted with the Lone Star State, where they would spend the next two days on the Road to BIO.

NEXT | Chapter 9: Southern Hospitality On The Road To Bio