Bristol Is A Good Place To Live

Albert took the helm of the RV at 7 a.m. on the first weekend day of the journey, waking with a slight shudder to the scene of the prior day’s penultimate interview, the CRB parking lot. The Lamborghini had been stored there overnight, parked behind the 30-foot RV so as to shield it from view of passersby on the elevated Germantown Pike.

Despite the fact that it was Saturday, the day was not without its tightly timed commitments, one of which, the team would soon learn, was vital to the trip moving forward. As Albert carried the team through the Delmarva Peninsula on the way to their first stop in DC, he took the opportunity to debrief with the crew on the logistical challenges they faced the day before.

“I asked if there was a way, when it comes to client deliveries, that we could ease up the process,” said Albert. “We delegated roles for each event to make things easier for everybody. By streamlining things, we could make the process more efficient.”

The next interview on the Road to BIO wasn’t scheduled to take place until Sunday morning, but following the debrief, an air of confidence seemed to permeate the group. For it was just as the RV crossed into the nation’s capital that Eugene, despite the RV’s rough handling of the terrain below, began to feel as if he and the team were on solid ground.

“Once we got to Washington, DC, it was smooth,” said Eugene. “We all knew what we should do.”

Even the universe seemed to be in alignment amid this moment of harmony, guiding both the RV and Lamborghini to the last two parking spots in front of the capitol building, which just so happened to accommodate the unique requirements of each vehicle. Nigel and his copilot Steve were first to arrive in the Lamborghini, coming into the city from the south side, which saved them 45 minutes over the RV. 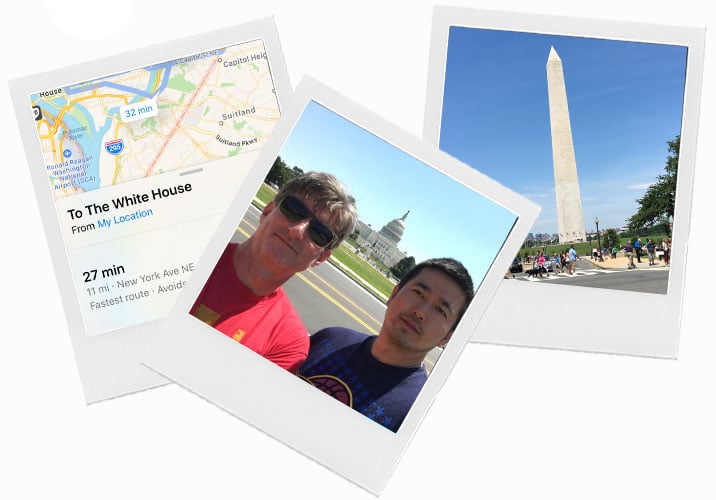 As the team took in the sights surrounding the capitol grounds, Steve, in typical journalistic form, was far more interested in a different story—that of the people who surrounded him. He observed a group of tourists furiously snapping pictures of what he initially assumed was the White House. But after doing a double take, he realized they were photographing the glitter-wrapped Lamborghini Aventador that was parked in front of the grounds.

“They just loved seeing the car,” he recalled. “It was part of the excitement of their trip to the capitol. The car excited people in a really interesting way.”

An earlier version of the Road to BIO itinerary had the crew meeting with James C. Greenwood, President & CEO of the Biotechnology Innovation Organization, at its global headquarters before leaving DC. But after a last-minute change in plans, it was decided that San Diego would be the location of the rendezvous, with BIO 2017 serving as a most fitting backdrop.

Circumnavigating the streets of DC was about as easy for the crew as was getting out of Boston’s maze-like grid. But with Virginia’s Lamborghini Sterling next up on the Road to BIO, Nigel this time resisted the temptation to engage in a supercar duel until after his supercar had been checked out—that, or he simply wasn’t faced with the temptation. 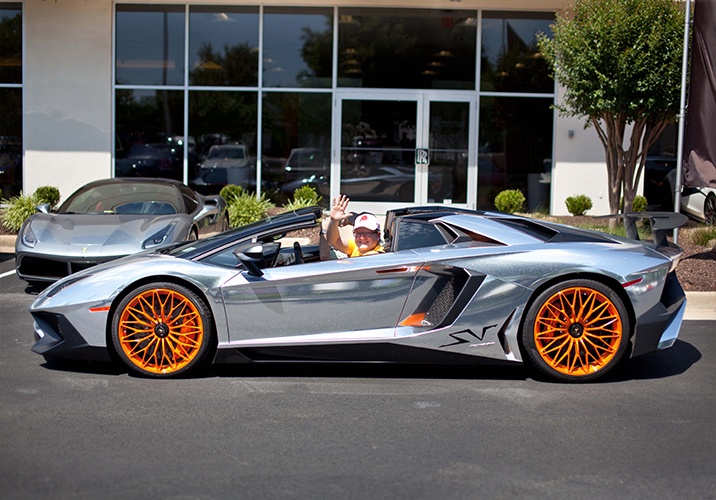 Arriving at Lamborghini Sterling in Sterling, Virginia, it was a Lamborghini owner’s heaven. A fleet of the luxury sports cars lined the forecourt, with the new Aventador V-12 S on proud display. Out came Leonardo from Lamborghini corporate, and Jason, the service manager of the Sterling service department.

“I had never felt so welcomed upon arriving at a dealership,” said Nigel. 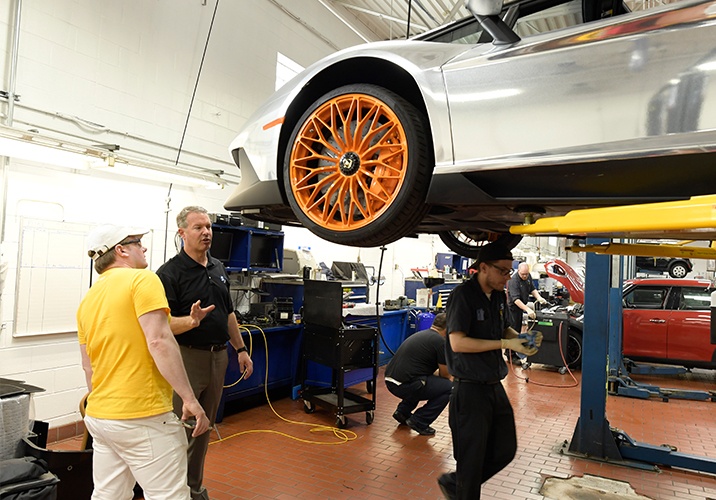 Leonardo had arranged for a service that Nigel and the crew assumed would include nothing more than a quick top-off of the fluids and a pressure check on the tires. But as the look on Jason’s face told of increasing concern, it became clear that this was a little more serious than anticipated. Reporting live from the service department, the Road to BIO’s Steve Kuehn explained.

“The service was critical because all the fluids had micro particles of metal, which could have seriously compromised engine and drive life if ignored,” said Steve. “They changed the engine oil, gearbox oil, and differential oil.”

The work done comprised a full service by Lamborghini’s standards, which is normally an eight-and-a-half-hour job, but Jason and his tech Dave got it done in just over two, which was a new record for the dealership. This was just one of many ways that team went above and beyond on that Saturday afternoon, and the effort was not lost on the Road to BIO crew’s most astute warrior. 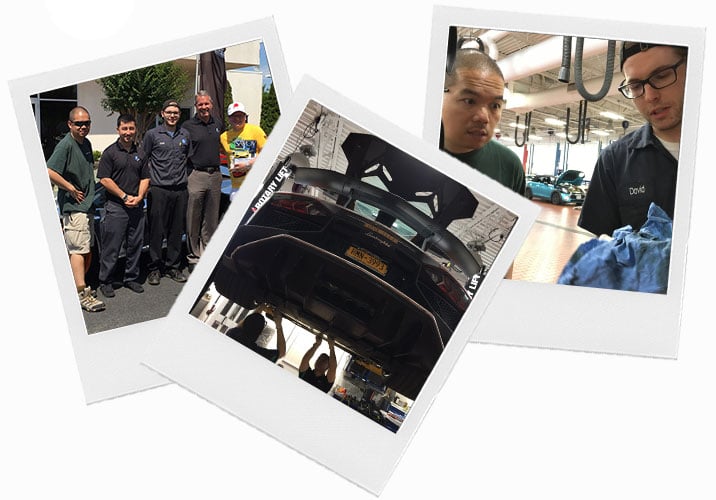 “They got us sandwiches at lunch,” exclaimed Albert. “They let us use their employee break room. It was way above and beyond what they needed to do for a customer.”

After a tour of the Lamborghini Sterling workshop and an ominous warning from the staff about Virginia’s notorious speed laws—some of the toughest in the country—the Road to BIO was safely back on the road, bound for Bristol, Tennessee, the twin city of Bristol, Virginia. As the convoy headed south on Virginia’s I-81, they encountered a real US Army convoy traveling from one base to another at a rest stop off of the highway. Nigel boldly parked the Lamborghini among the 15-truck fleet, which made it clear that Steve’s journalistic interest in the people that lined the Road to BIO was beginning to spread amongst the group. 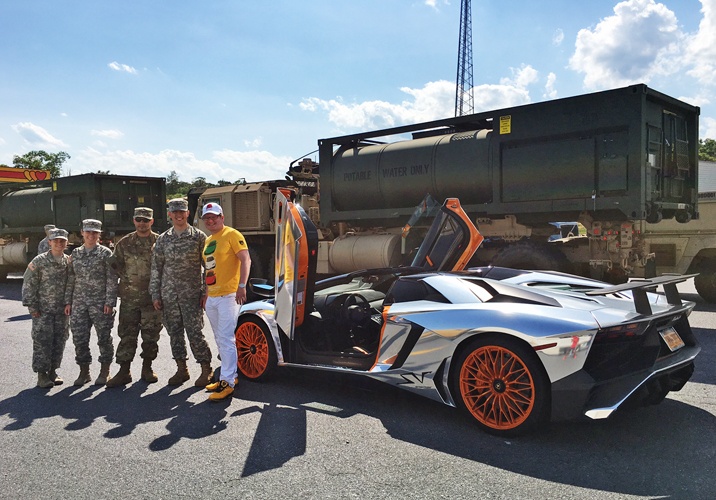 “We appreciated and thanked them for their service,” said Nigel of the encounter. “It was really only something you could understand if you have served, which Albert has done twice.”

Worth noting is that those tracking the progress of the road trip and managing the logistics from New York saw the highest levels of engagement when they shared content from the military encounter, followed shortly by that of the team’s visit to DC.

There were two times on the Road to BIO when Nigel made note of the extreme beauty in the topographic landscapes, the first of which was expressed as he and Steve traveled in the Lamborghini along the Appalachian trail and through the Blue Ridge Mountains on the way to Tennessee. 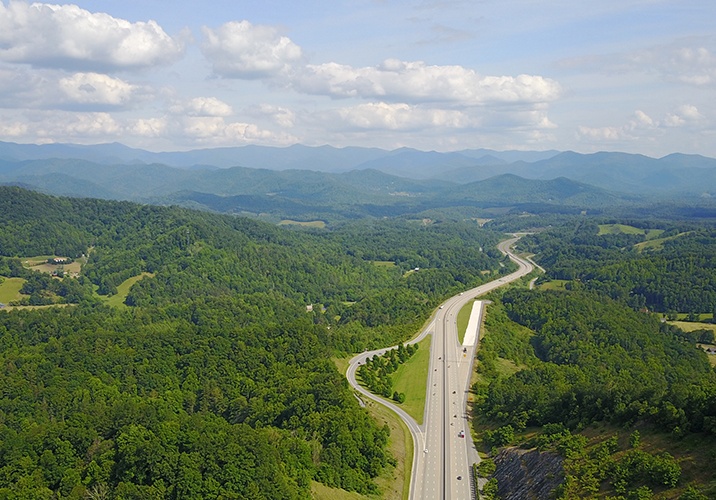 “The game was over on winning landscapes in Virginia,” said Nigel. “The RV team even stopped to break out the drone, just because it was so impressive.”

Bristol, Virginia and Bristol, Tennessee are divided in half by the Virginia/Tennessee state line. And while this would be the first time on the Road to BIO that the crew would find themselves in multiple places at once, oddly, it would not be the last. Looking out the window at the welcome sign describing the twin cities as “A Good Place to Live,” Eugene in particular got the sense that this was the kind of place where no one would hurt anyone. 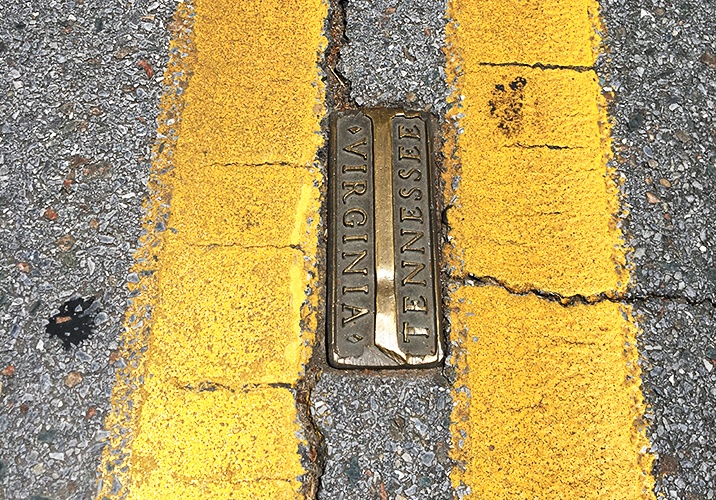 “Bristol, Tennessee is a really special place,” said Eugene, manager of security and logistics on the Road to BIO. “It’s quiet, the people are not as intense, and it seemed pretty slow-paced.”

Despite the fact that it was Saturday and that the next Road to BIO sponsor interview wasn’t scheduled to take place until the following morning (yes, Sunday), the crew had one more commitment to meet before day three of the journey came to an end. But this commitment was with a longtime client and friend of the firm, Mary Lee Schiesz, Manager of Marketing for UPM Pharmaceuticals. Kind, intelligent and well-liked by everyone at That’s Nice, Mary Lee greeted the Road to BIO crew with smiles, hugs and personalized tee-shirts for all. Hailed unanimously as the most accommodating customer they encountered on the journey, the impact of Mary Lee’s warm reception of the slightly harried crew would have a lasting impact throughout the duration of the Road to BIO.

“As far as being on the road, the first person that pops into my mind is the gracious welcoming we got in Bristol, Tennessee at Studio Brew from Mary Lee,” said Brian Pierce, Director of Digital Capture.

Albert recalled the scene with fondness.

“My favorite stop was in Bristol, Tennessee with Mary Lee because she went above and beyond what we expected. We got to Bristol after 21:00 hours, and in that town, that is late. She met us at a pub and had actually bought us shirts. She might have bought them out of her own pocket–who knows? She spent three hours with us that night. We were there `till way past midnight, and we had the interview [with UPM’s President & CEO Jim Gregory] first thing in the morning.” 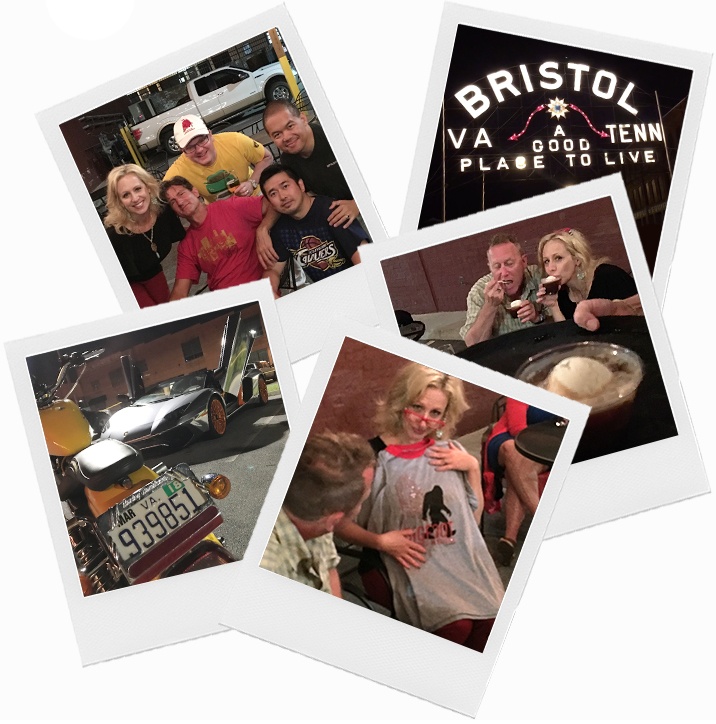 As the crew sat down for the first of several fine southern meals on the Road to BIO, an overtly intoxicated individual approached on a motorcycle, taking interest in the Lamborghini and challenging Nigel to a “winner takes all” race through the town.

“The intoxication and questionable nature of this guy was not a good combination,” said Nigel. “So after Eugene went to protect the car and I photographed his license plate, we managed to move him along without any further incident.”

It was Sunday morning by the time the festivities wrapped, but despite having a 9 a.m. wakeup call, the crew wasn’t worried. With the location for the next interview on the Road to BIO being that where Kyle Busch became the first driver to sweep three NASCAR national series races in one weekend, they were confident that the adrenaline of the morning would carry them through the interview—if not the rest of the journey.

NEXT | Chapter 4: Bio In The Blue Ridge Mountains