VANCOUVER, British Columbia--(BUSINESS WIRE)--Duchenne muscular dystrophy (DMD) is one of the most common congenital diseases in the world, affecting one in 3,500 Canadian males. DMD is caused by mutations in the dystrophin gene that results in progressive muscle degeneration and there are currently no effective treatments for DMD.

In an effort to fulfill this unmet medical need, AbCellera Biologics Inc. has entered into a three-year partnership with Drs. Fabio Rossi and Michael Underhill of the University of British Columbia(UBC) to discover, test, and develop therapeutic antibodies for the treatment of Duchenne Muscular Dystrophy-associated fibrosis.

“It is immensely satisfying to see many years of investment in the basic science now being translated towards therapies for patients in need, and that this work will lead to economic benefits here in BC,” commented Dr. Rossi, a professor in the Department of Medical Genetics and co-director of the Biomedical Research Centre.

Genome BC and Genome Canada are contributing $3 million of the $6.5 million project as part of the Genomics Application Partnership Program (GAPP), which supports university-industry collaborations to bridge the gap between basic research and commercialization. The project builds on more than a decade of genomics-based research, conducted by the Rossi and Underhill teams that will yield new insights on the interplay of stem cell biology and the process of healing and fibrosis.

Providing $3.5 million of in-kind funding, AbCellera will apply its microfluidic single-cell platform to the discovery and engineering of large panels of antibodies against three novel targets. Lead candidates from the discovered antibodies will be selected by UBC and then functionally tested in genetically modified animal models. It is hoped that an Investigational New Drug (IND) application for a first therapeutic will be made by the end of the project.

“As a spin-off built on research done at UBC’s Michael Smith Laboratories, we are thrilled that AbCellera’s success is propagating a virtuous circle of innovation,” said Dr. Carl Hansen, CEO of AbCellera. “We are now positioned to engage with UBC’s outstanding researchers and enable the translation of basic science into new therapies for patients.”

A major contributor to DMD progression is fibrosis, the accumulation of scarring in muscle tissue, which contributes to progressive muscle stiffness and weakness. Beyond DMD, the same anti-fibrosis therapies discovered from this project have potential for uses in a variety of other high-burden indications, including fibrosis of the liver, lungs, and heart.

“Effective treatments that prevent fibrosis would be life-changing for people living with DMD by slowing disease progression and improving quality of life,” says Dr. Catalina Lopez-Correa, Chief Scientific Officer and Vice President, Sectors, at Genome BC. “We invest in projects that will make a difference in the lives of British Columbians and this type of therapy has the potential to make a significant impact.”

Genome BC invests in genomics innovation to address critical challenges in key economic sectors such as health, forestry, fisheries and aquaculture, agrifood, energy, mining and environment. In addition to scientific programming, Genome BC works to integrate genomics in to society by supporting responsible research and innovation, and is committed to fostering an understanding and appreciation of the life sciences among educators, students and the public. genomebc.ca

Overcoming the Challenges of an Ever-changing Biopharma Landscape 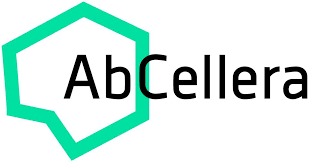