NEW YORK/PRNewswire/ -- Elysium Health, Inc.,™ a life sciences company developing clinically validated health products based on aging research, has entered into an exclusive license agreement with Mayo Clinic and Harvard University to use nicotinamide riboside for dietary supplement applications in the slowing of aging and age-related diseases. Aging is the single greatest risk factor for major debilitating and life-threatening conditions, including cancer, cardiovascular disease, and neurodegeneration.

"In pursuit of our commitment to develop clinically proven, science-based products, Elysium Health continues to invest heavily in research and development," said Elysium Health CEO Eric Marcotulli. "With this license from Mayo Clinic and Harvard, we are excited to build upon Elysium Health's intellectual property portfolio to support our leading research position in the field of aging."

"Aging is associated with a decline in metabolism and metabolic function that appears to be, at least in part, driven by tissue nicotinamide adenine dinucleotide (NAD+) decline," said Eduardo Chini, M.D., Ph.D., researcher for Mayo Clinic's Robert and Arlene Kogod Center on Aging, and an inventor on the pending patent. Dr. Chini's research focuses on NAD+ metabolism and functions. His team was the first to describe a crucial enzymatic system, the CD38 pathway, as the main regulator of intracellular NAD+ levels and sirtuin 1 (SIRT1) activity in living organisms. As demonstrated in thousands of clinical papers, including seminal research by Elysium chief scientist Dr. Leonard Guarente and papers by Dr. Chini, sirtuins are a family of critically important NAD-dependent proteins that promote healthspan and regulate longevity. Dr. Chini's research has shown that CD38 increases by up to two-and-a-half times in the fat tissue of older individuals.

Published research shows that CD38 appears to be the main NAD-destroying enzyme in mammalian tissues and plays a role in age-related NAD-decline. Nicotinamide riboside is a key ingredient in Elysium Health's product Basis, which has been clinically proven to increase NAD+ levels.

According to the Centers for Disease Control and Prevention 2013 report The State of Aging and Health in America, two factors—longer life spans and aging baby boomers—will combine to double the population of Americans aged 65 years or older during the next 20 years to about 72 million. By 2030, older adults will account for roughly 20% of the U.S. population. During the past century, a major shift occurred in the leading causes of death for all age groups, including older adults, from infectious diseases and acute illnesses to chronic diseases and degenerative illnesses. More than a quarter of all Americans and two out of every three older Americans have multiple chronic conditions, and treatment for this population accounts for 66% of the country's health care budget.

"NAD+ is one of the most important molecules for life," said David Sinclair, Ph.D., co-Director of the Glenn Center for the Biology of Aging at Harvard Medical School, and an inventor on the patent application. He is best known for his work on understanding the mechanisms of aging and his efforts to slow its effects. Dr. Sinclair's research has focused primarily on the role of sirtuins in disease and aging. Evidence suggests that the critical coenzyme NAD+ boosts the activity of sirtuin proteins and in doing so, it may play a critical role in forestalling or reversing the effects of aging.

"In animal studies, NAD+ boosters activate all seven sirtuins, SIRT1-7, and carry the promise to help halt and even reverse cellular aging and degeneration, and thus affect long-term health and longevity," he said.

Mayo Clinic and Harvard each have a financial interest in Elysium Health. Licensing revenue received by Mayo Clinic and Harvard will be distributed in accordance with the institutions' respective policies, and in support of continued research and innovation. Drs. Chini and Sinclair, among other individual inventors named on the patent application, may benefit financially from such revenue. 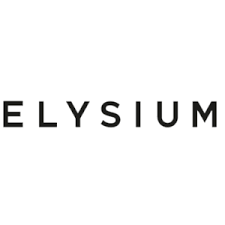 Elysium Health's™ mission is to solve the biggest challenges in health with science, to help people live healthier, longer. Working directly with the world's leading scientists and clinicians, Elysium Health™ is dedicated to translating advances in aging research and technology into effective, clinically proven products that help people manage their health in an actionable way.