The incidence of food allergies has increased dramatically in both children and adults over the last few decades. This increase has been linked to changes to lifestyle and in the environment that have impacted the gut microbiome. To address this, ClostraBio is developing treatments inspired by the microbiome designed to reestablish tolerance to food allergens.

Eight foods, including milk, egg, peanut, tree nuts, wheat, soy, fish and crustacean shellfish are responsible for most of the serious food allergies in the United States, but more than 170 foods have been reported to cause allergic reactions.1 According to the Centers for Disease Control & Prevention, the prevalence of food allergy in children increased by 50% between 1997 and 2011.2 Childhood hospitalizations for food allergy tripled between the late 1990s and the mid-2000s, and medical procedures to treat anaphylaxis resulting from food allergy increased by 380% between 2007 and 2016.1 A recent population-based survey of 40,443 U.S. adults revealed that an estimated 10.8% were food allergic, and nearly 19% believed they were food allergic.3 Food allergies are also closely linked to other diseases, such as eczema, asthma and allergic rhinitis.4 There is a monetary cost as well — caring for children with food allergies costs U.S. families nearly $25 billion annually.1

The rapid increase in food sensitization cannot be explained by genetics. Evidence suggests that numerous environmental factors have had an impact, including the widespread use of antibiotics, consumption of processed foods, greatly improved sanitation and the increased reliance on formula feeding. All of these are changes that can impact the composition of the microbiome — the organisms that live in and on human bodies.

Avoidance of food allergens is the only approach available to allergy sufferers, and, in the event of exposure, administration of epinephrine is the sole acute treatment option. Consuming increasing amounts of a food allergen under monitoring can lead to desensitization in some cases, but this approach carries significant risk and must be continued lifelong, or a patient risks losing desensitization.

The Role of the Microbiome

It has been theorized that allergic hypersensitivity to certain foods is the result of over-activation of the immune system in response to the presence of potentially harmful substances.5 Mouse models of food allergy have shown that gut microbes from the group Clostridia play a role in the regulation of immune responses.6 ClostraBio’s co-founder and President Cathryn Nagler, who is also the Bunning Food Allergy Professor and Professor of Pathology, Medicine, and Pediatrics and the College Biological Sciences Division at the University of Chicago, recently showed that germ-free mice that received a transplant of microbiota from human infants with an allergy to cow’s milk developed the allergy.7 In contrast, germ-free mice inoculated with microbiota from human infants that were not allergic were protected against the allergy, demonstrating that transfer of the microbes could confer allergy protection.7

ClostraBio is developing both biological and synthetic modalities as novel treatments for food allergy. The former utilizes a formulation of bacteria shown to be protective, along with their dietary fiber fuel sources, into an oral drug. The other involves identifying metabolites produced by protective bacteria that signal appropriate responses to allergens, and then modifying them using a proprietary polymer for oral delivery. A combination of these two approaches may be optimal. The hope is that such a treatment will be antigen agnostic and protect against all potential food allergens.

Moving Towards the Clinic

ClostraBio has raised $4.6 million to fund preclinical development, including proof of concept work regarding efficacy; mechanism of action, pharmacokinetic and pharmacodynamic studies; and scale-up and optimization of the manufacturing process. We are currently pursuing Series A financing to support the initiation of a clinical program in humans, which we hope to begin by late 2020 or early 2021. 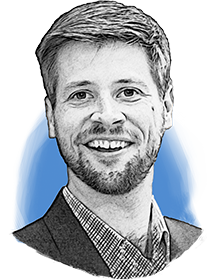 John W. Colson, PhD is currently Director of Operations at ClostraBio, Inc, a University of Chicago spinout creating new medicines to prevent and treat life-threatening allergies to food. Prior to ClostraBio, John was a postdoctoral scholar and an Associate with the Innovation Fund at the University of Chicago where he led the diligence process on multiple deals in the cleantech and internet connectivity spaces. John earned his PhD in Chemistry from Cornell University in 2014.

Composition of Gut Microbiome Predicts the Onset of Type 2 Diabetes