TOKYO, Japan – Daiichi Sankyo Company, Limited (hereinafter, Daiichi Sankyo) today announced its agreement to proceed with discussions with AstraZeneca for the stable supply in Japan of a potential novel corona virus vaccine being developed by AstraZeneca and Oxford University.

In order to restore people’s peace of mind and safety by helping to end the COVID-19 pandemic as soon as possible, Daiichi Sankyo will promote the ongoing research and development of the Nafamostat Inhalation Formulation and mRNA vaccine as well as advance the necessary preparations for the stable supply of a vaccine in Japan in consultation with AstraZeneca.

Focusing on Flexibility in Facility Design 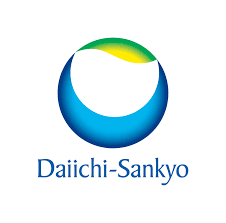 Daiichi Sankyo Group is dedicated to the creation and supply of innovative pharmaceutical therapies to improve standards of care and address diversified, unmet medical needs of people globally by leveraging our world-class science and technology. With more than 100 years of scientific expertise and a presence in more than 20 countries, Daiichi Sankyo and its 15,000 employees around the world draw upon a rich legacy of innovation and a robust pipeline of promising new medicines to help people. In addition to a strong portfolio of medicines for cardiovascular diseases, under the Group’s 2025 Vision to become a “Global Pharma Innovator with Competitive Advantage in Oncology,” Daiichi Sankyo is primarily focused on providing novel therapies in oncology, as well as other research areas centered around rare diseases and immune disorders.