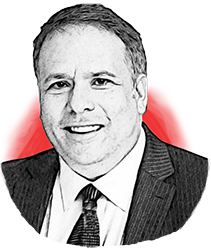 Franco joined Thermo Fisher Scientific through the acquisition of Patheon Pharmaceuticals back in 2017, originally as President of Development & Commercial, North America. Not soon after the acquisition he took on a critical role as President of Commercial Operations for the newly formed Pharma Services Group, which is his current role today. Franco’s experience in the pharmaceutical industry spans nearly 25 years, and he has worked at multiple top tier companies including Vice President of Manufacturing & Supply at Valeant Pharmaceuticals, Global Vice President in Novartis’ Consumer Health Over-the-Counter and Pharmaceutical Products Division, and Site General Manager at McNeil Consumer Healthcare.

Q: What do you believe the role of artificial intelligence and other advanced technologies will be in driving the development of the pharmaceutical industry over the next decade?