Silica is a well-known substance that has been widely used in many different applications, including various consumer and pharmaceutical products. Mesoporous silica nanoparticles are hollow particles that, when the surface is appropriately modified, can be used to trap a wide range of molecules with varying chemistries. In the body, silica nanoparticles degrade slowly to nontoxic by-products that are passed out of the system, allowing for the slow release of the entrapped compounds.

At N4 Pharma, we have been developing a novel silica nanoparticle technology for the delivery of vaccines and drugs, with a particular focus on supporting the commercialization of cancer treatments and viral vaccines based on mRNA and pDNA.

The original technology, licensed from researchers at the University of Queensland (UQ) in Australia, was developed as a nanosilica system for the delivery of hepatitis B vaccine that would reduce the number of doses per day from three to one. Researchers there were working with a silica particle that, while effective for older vaccines, was not suitable for use with more advanced new vaccines based on DNA, RNA, siRNA, and other nucleic acids. Direct delivery into the cell is not  efficient for these biomolecules, because they are negatively charged. However, a version of the UQ nanoparticles with spikes on the silica surface was found to be effective for this exact application, and we agreed to an exclusive commercialization contract with UQ for a nanosilica system for delivering vaccines and therapeutics, and so Nuvec® was created.

Focus on Cancer and Prophylactic Vaccines

The challenge we have with novel medicines is the need to deliver a sufficient quantity of nucleic acid into the cells without causing unwanted side effects. The unique, irregular surface structure of Nuvec® particles, coupled with polyethyleneimine (PEI), effectively traps and protects nucleic acids (e.g., mRNA, pDNA) as they travel to cells. The Nuvec particle carrying the DNA/RNA attaches to the cell membrane and is taken up into the cell via general and dynamin-mediated endocytosis. Once inside a cell, the PEI changes its charge and begins to disassociate from the particle, releasing some DNA/RNA. The particle spikes also start to disintegrate, releasing more of the nucleic acid into the endosome. The released PEI ruptures the endosome membrane, releasing the DNA/RNA into the cytoplasm. The nucleic acids are then free to be taken up into the nucleus, where they express protein, which is presented on the cell membrane to attract and activate T cells.

The result is a localized immune response which, owing to the adjuvant nature of Nuvec, is boosted by the attraction of large numbers of innate (antigen-presenting) immune cells and increased activation of the adaptive immune system (T and B cells).

Technologies designed for the delivery of nucleic acid immunotherapies and cancer vaccines, in addition to protecting the drug substance/vaccine from the immune system and delivering it to the site of action, ideally enable high loading levels and controlled release without any unintended losses and with good biocompatibility, low toxicity, and biodegradability.

Lipid nanoparticles (LNPs) have been the delivery vehicle most widely explored for nucleic acid vaccines. While they have many attractive qualities, LNPs have some significant drawbacks — the biggest being stimulation of the release of systemic inflammatory cytokines and accumulation in the liver and spleen with the potential for toxicity. In addition, loading levels for DNA/RNA into LNPs tend to be low.

Nuvec has been shown capable of generating a  strong interferon gamma production (TH1 response), which is necessary to fight intracellular parasites, such as viruses, and to efficiently kill cancer cells. The spiky structure allows for the strong binding of DNA/RNA and higher loading capacity. Preclinical studies have shown low induction of systemic inflammatory cytokines, indicating good biocompatibility and low toxicity. Furthermore, analyses have shown that Nuvec particles remain at the site of injection without dispersion into the plasma, liver, lung, spleen, and brain, allowing targeted release as they degrade.

Evaluation of Nuvec to date has revealed that it is broadly applicable to a wide range of modalities and treatments. In addition to mRNA and pDNA, we have begun exploring the potential of Nuvec to deliver much smaller siRNA molecules and expect to realize similar results.

During our preclinical studies, we discovered that the spiky nature of the Nuvec nanoparticles, while providing an ideal structure for transporting nucleic acids, can also lead to agglomeration. Current efforts are focused on evaluating different techniques to ensure complete and long-lasting dispersion of the nanoparticles. The goal is to establish a CMC process that yields a nanoparticle dispersion that exhibits a consistent and robust response in vivo as has been obtained in vitro.

The general Nuvec production process has been developed using standard technologies and is designed to be readily scalable. We are in the process of evaluating potential manufacturing partners for GMP production. While we do not yet require GMP-grade product, once the CMC process is established (the end of 2020 or early 2021) and we begin collaborating with pharma partners, having a GMP process in place will facilitate ramp-up to meet future customer needs.

Starting with a Licensing Business Model

The business model adopted by N4 Pharma at this stage is to license Nuvec technology to biotech and pharma innovators developing novel cancer treatments and antiviral vaccines. Once we have the dispersion of the technology established, we will begin forming collaborations with companies with DNA/RNA product looking for an alternative to LNP delivery systems, both those that are facing issues with liver toxicity, particle size, early release, poor cell penetration, and those that want to avoid them altogether.

The intention is to support such projects through preclinical testing into the clinical phase and ideally onto commercialization, realizing milestone payments as they progress.

The revenues earned with this licensing strategy will be used to expand N4 Pharma’s portfolio. The company was established to commercialize novel technologies initially developed at universities that lack the resources to bring them to market.

The Nuvec technology is only the first example of how N4 Pharma will bring a technology to the point where its commercial potential can be realized — a point that could not have been reached in the academic arena. With the revenues generated from the licensing of Nuvec, we will be able to acquire additional IP/technologies and strengthen our offering.

In addition, further down the road, it is certainly possible that N4 Pharma will be in a position to develop our own therapies/vaccines leveraging Nuvec. 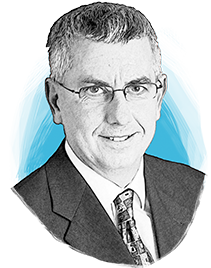 Nigel has over 25 years’ experience in healthcare and in building businesses, strategy development and implementation and a strong network covering all aspects of pharmaceutical product development and commercialization. He was the head of healthcare brands at Boots Group plc in 2002 before leaving to set up a series of successful businesses, including Oxford Pharmascience Group plc, which he grew over 5 years into an AIM quoted company with a market capitalization of £40 million upon departure. Nigel formed N4 Pharma in 2014.