Many years ago, early in my tenure running a private equity (PE)-backed business, two nurses in my contact center got into a fight (literally a fistfight) over one’s objection to the other’s apparent disregard for our dress code. A few months later (unrelated to the fight), a disgruntled boyfriend threatened to blow up our facility. What does this have to do with value creation in CDMOs? Nothing, really, except that it underscores the unique and varied challenges in running a business, which are all incremental to your customers, competitors, suppliers, regulators and others, who are constantly throwing you curveballs.

Then, all of a sudden you have these new PE owners, and they want to talk to you about “value creation.” It’s like, “Sure, I’ll get to that right after I diffuse the bomb in the parking lot.” As a former operator, I can appreciate the apparent absurdity in the additional ask to engage in value creation, but I can also attest to the merit of successfully executing a valuation creation plan.

First, it’s important to understand one’s definition of “value creation.” Admittedly, within private equity, it has become a bit of a cliché. That’s not because value creation isn’t important or valid, but rather it’s a result of bad actors in PE — those who don’t really understand the nuance of truly partnering with their management teams to achieve value creation together — who place the entire burden on their operating company. Within Excellere, we have a systemic value creation process that focuses on two core philosophical elements: (1) establishing the vital few and (2) the foundation before growth.

Most CDMO businesses have tremendous value creation upside — just be certain that all stakeholders are aligned with how to achieve the results.

Within virtually every pharma CDMO business we have encountered, there seem to be two or three key value detractors. They’re not always the same, but generally they include some combination of the following: customer concentration, lack of management depth, inconsistent and/or non-recurring revenue, heavy capital expenditure requirements, lack of institutionalized business development, unreliable API supply, etc. When executing a value creation plan, we believe it’s imperative to not try and “boil the ocean.” Accomplishing the most critical two or three things well is far more effective than diluting your efforts across the entire to-do list. Once one is accomplished, you can then move down the list sequentially.

As a leader in your business, it’s important for you to know that we’re considering making an investment largely because we believe that there’s additional value that can be derived.

You would never add another story onto your house without first being certain that the foundation could support it. In a similar fashion, we would never propose a major growth initiative without first having the corporate foundation in place to absorb the expansion. For example, do you have key managers who have experience executing and integrating acquisitions? Are your information systems delivering real-time business insights? Is your regulatory and compliance team equipped to support new lines of business or operate in foreign countries? Are your key suppliers capable of handling the growth? Are you able to focus on strategy and not get bogged down with the “brush fires” ?
Whatever they are, you must shore up your foundational weaknesses before embarking on transformational growth — which is what PE wants.

Value creation should be about a shared vision of growth, and it is certainly as much art as it is science. Here at Excellere, we’re unwavering in our discipline around value creation. As a leader in your business, it’s important for you to know that we’re considering making an investment largely because we believe that there’s additional value that can be derived. We also believe that you and/or your management team have the passion to execute the plan, which for us means focusing on those few key initiatives that have the potential to move the needle, and committing to a strong foundation. Most CDMO businesses have tremendous value creation upside — just be certain that all stakeholders are aligned with how to achieve the results. 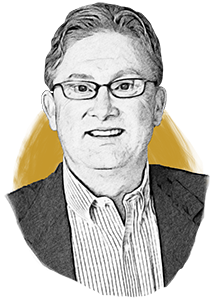 Mr. Mattson brings to Excellere over 25 years of merger & acquisition, strategic consulting and senior operations experience. Before joining Excellere, he was Executive Director at United BioSource Corporation (an Express Scripts company). During his tenure there, he was responsible for several acquisitions/integrations and the start-up and growth of multiple new business activities. Mr. Mattson began his career in corporate finance for Paradyne Corporation, a manufacturer of telecommunications equipment. He earned a degree in business administration with majors in finance and economics from the University of South Florida.

COVID-19: A Look at the Virus, its Epidemiology, Therapeutic and Vaccine Development Efforts and Impacts of the Pandemic

Pharmaceutics Know-How and Service Excellence to Re-Energize a CDMO