As the number of opioid prescriptions in the US has climbed dramatically, so has the abuse and misuse of these drugs, leading to loss of life and significant social costs. The pharmaceutical industry, in conjunction with FDA, has focused on identifying approaches for the development of abuse-deterrent opioid formulations and methods for demonstrating their effectiveness. Choosing the right strategy for a given drug can be difficult. Partnering with a contract development and manufacturing organization (CDMO) that has experience with different abuse-deterrent opioid formulation methods and established expertise in the development of in vitro abuse-deterrent studies can accelerate approval.

In the US, drug overdose is the leading cause of accidental death, more so than even car accidents. In 2015 alone, 20,101 overdose deaths were related to prescription drugs and 12,990 to heroin.1 In addition, four out of five new heroin users switched from abusing prescription opiods.2 However, the number of fatal overdoses due to "natural," "semi-synthetic," and "synthetic" opioids (morphine, oxycodone, methadone) is falling while the number of overdoses due to heroin is increasing dramatically (three-fold from 2010 to 2015).3

Abuse-Deterrent Formulations Having an Impact

The decline in fatal overdoses due to prescription drugs can be attributed to efforts by the U.S. Food and Drug Administration (FDA) and the pharmaceutical industry to better educate physicians about appropriate prescribing practices and the development of advanced abuse-deterrent formulations of prescription opioids. The most commonly abused prescription drugs are opioid painkillers, including oxycodone, hydrocodone and oxymorphone. These drugs are abused or misused in order to obtain a desirable physiological or physical effect typically by manipulating solid dosage forms and chewing or crushing them into a fine powder, so they can be snorted through the nose or dissolved in water for injection.

The Alcami Development Laboratories have designed and executed several successful in vitro abuse-deterrent studies for a variety of dosage forms and abuse-deterrent strategies for several different clients over the last 5 years.

While there are no legal requirements for the development of abuse-deterrent formulations of opioid drugs, this approach is a key element of FDA’s strategy to combat the problem.4 The agency issued a final guidance in April 2015 on the evaluation and labeling of abuse-deterrent opioids.5 The document provides information on how drug manufacturers can prove that a formulation has abuse-deterrent properties: through laboratory-based in vitro manipulation and extraction studies, pharmacokinetic studies and clinical abuse potential studies. In May 2016, the agency issued draft guidance with details on conducting in vitro manipulation and extraction studies to demonstrate abuse-deterrent properties for generic solid oral opioid drug products.6

Prevention of the misuse of prescription drugs has been achieved using a variety of methods. One of the most common strategies is to formulate tablets with some sort of physical or chemical barrier, which makes it difficult to convert them into powder form or to extract the active pharmaceutical ingredient (API) using solvents. Another approach is to reduce the feeling of euphoria that is often a driver for the misuse of opioids. Antagonists — agents that block the desired properties of the drug when abused — can be added to formulations. Delivery systems can be used that prevent immediate release of large quantities of the API. Or the formulation can be designed to have aversive properties, such as to create a bitter taste or be toxic, when the product is abused. Formulations can also be designed to require exposure to the metabolic and/or digestive systems to become active.

Alternatively, the API itself can be modified (generating a new molecular entity or product) to provide limited bioavailability if abused; these compounds typically require some type of biochemical reaction in order to be released. Various combinations of all of these strategies are often used, and other solutions are continually being developed. The first step in creating an abuse-deterrent formulation is the selection of the most appropriate strategy for the given drug. To do so requires consideration of the drug substance and its route of administration, as well as the potential ways in which the product might be abused. Once these aspects are considered, an approach to engineering an alternative formulation that discourages and ideally prevents abuse can be developed.

In order to receive FDA approval as an abuse-deterrent formulation, drug manufacturers must demonstrate that a drug product does indeed possess abuse-deterrent properties.

In vitro manipulation and extraction studies
The first step is to conduct scientifically rigorous laboratory-based in vitro manipulation and extraction studies to determine whether the abuse-deterrent strategy is effective, i.e., whether it can be defeated or compromised. These studies should consider, for instance, how an abuser can modify the drug to change the release behavior of the API and whether the API can be dissolved or extracted to bypass the deterrent properties.

The types of physical manipulation studies chosen will be dictated by the likely and realistic methods that can be used to abuse the drug product. The physicochemical properties of the API and excipients used in the formulation should dictate the types of extractability and solubility studies to be performed. An awareness of the sophisticated techniques employed by recreational abusers is necessary in order to include all reasonable approaches. The choice of valid comparators must also be made with care. There may be immediate and extended release formulations and other abuse-deterrent formulations on the market — using the right comparators will not only enable demonstration of abuse-deterrence but possibly indicate improved performance against existing products.

Analytical testing is a crucial component of in vitro manipulation and extraction studies but can also be challenging. Many of the solvents required (e.g., methylene chloride, hexane or ethyl acetate) for extraction studies are incompatible with standard analytical quantitation methods such as reverse phase HPLC. This requires the need for secondary sample processing (evaporation/reconstitution, liquid-liquid extraction, etc.) to ensure accurate analyses. Positive controls must also be used to clearly demonstrate that the low recoveries are due to the abuse-deterrent strategy and not an issue with the analytical method of quantitation. If antagonists are used in a formulation, analysis of both the API and added agent is necessary. Particle size testing using laser light-scattering or sieve techniques should be performed to fully characterize drugs that can be crushed or inhaled. For drugs that can be injected, their behavior in syringes should be investigated along with extraction of API in small volumes of injectable solvents.

Post-market Studies
Once an abuse-deterrent opioid product is on the market, the manufacturer should make sure that the drug does indeed result in meaningful reductions in abuse, misuse and related adverse clinical outcomes, including addiction, overdose and death. Appropriate post-market studies must, therefore, be conducted to gather relevant data.

Opioid abuse, including the abuse of prescription drugs, has been identified by the U.S. Centers for Disease Control and Prevention as an epidemic.

Opioid abuse, including the abuse of prescription drugs, has been identified by the U.S. Centers for Disease Control and Prevention as an epidemic.7 Although the pharmaceutical industry has been actively involved in responding to this serious public health problem, it is likely that more will be expected of drug manufacturers to address the issue going forward. The development of abuse-deterrent formulations and formulations that lessen the risk of addiction and overdose is one way in which pharmaceutical companies can help alleviate this crisis.

As abuse-deterrent formulations must be truly effective at reducing the potential for misuse and abuse, it is essential that robust in vitro manipulation and extraction studies are performed to ensure the abuse-deterrent properties of any new formulation. Taking this into consideration, there is no “one size fits all” approach to in vitro abuse deterrent studies, however. Experience with these studies using a wide range of dosage forms and deterrent strategies is essential to success.

Alcami is an experienced partner for performing in vitro abuse-deterrent studies. The Alcami Development Laboratories have designed and executed several successful in vitro abuse-deterrent studies for a variety of dosage forms and abuse-deterrent strategies for several different clients over the last five years. Experiments involving physical manipulation determination with particle size analysis, syringeability and small–volume extraction studies, and large-volume multi-solvent extraction studies are some examples of abuse deterrent testing performed with data presented to the FDA to support abuse deterrent claims. Alcami is committed to playing a key role in facilitating the formulation of prescription opioid drugs with reduced risk of abuse. 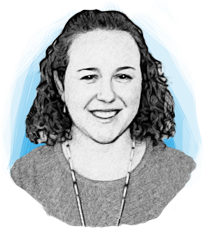 Angela Moore is a scientist at Alcami with over 11 years of experience performing analytical testing in the pharmaceutical industry for both branded and generic products and their active pharmaceutical ingredients. She has considerable experience successfully executing Category 1 in vitro abuse-deterrent studies. Angela holds a masters of science degree and bachelor of science degree in chemistry.

New Mannitol Formulations Are a Gem of a Collection