Despite the completion of several megadeals, the pharmaceutical contract manufacturing sector remains fragmented. More consolidation can be expected as outsourcing expands and players look to build their capabilities.

From late 2016 through 2017, some of the biggest deals in the contract manufacturing sector took place, notably Thermo Fisher Scientific’s acquisition of Patheon and Lonza’s purchase of Capsugel. Smaller but significant deals included Catalent’s acquisition of Cook Pharmica and the privatizing of Albany Molecular Research by the Carlyle Group and GTCR.

These outsized deals were not observed in 2018; most fell in the $500 million range. This shift is not surprising, as there are only a limited number of larger deals to be made at one time. Instead, there is a general trend toward bolt-on acquisitions. Companies seek to build out established platforms or create new platforms that can be grown over the next several years.

The contract manufacturing sector is growing at 6–7% annually — not bad, but insufficient to allow for organic doubling of a company’s size in a few years. M&A is an attractive alternative for building scale under these conditions.

As the sector continues to grow, it will become more consolidated. Bigger deals may emerge once these platforms reach their target sizes.

Private equity firms have had success in the contract manufacturing sector and continue to seek to duplicate their achievements. They are willing to enter the market with a basic purchase and build platforms through a combination of acquisitions and organic growth to achieve a target investment growth within 3–5 years.

Although the CDMO market for small molecules is much larger than that for biologics (~$75 billion vs. $7 billion), the biopharma contract manufacturing sector is expanding at a faster rate (~10%) and is more profitable.

Interest is growing in the sector, but deals have been limited. Traditionally, pharma companies have elected to keep biologics manufacturing in-house. Recently, nearly $100 billion has been invested in captive biologics production capacity. While this could change as the biopharma industry matures, penetration of the market by CMOs/CDMOs in the biologics space will likely remain flat over the next 3–4 years.

There have been some important transactions in the biologics sector in the last 2–3 years, however, including the convergence of AGC Bioscience, Biomeva GmbH, and CMC Biologics to form AGC Biologics.

Companies looking to acquire a CDMO should confirm that they are investing not only in good leadership, but also in high-quality personnel throughout the company.

Specialized services of greatest interest will always include those that contribute to higher-margin businesses, such as sterile fill and injectables manufacturing. The same paradigm will apply going forward; the difference will be a shift in the technologies driving faster growth.

Following the Path of CROs

CDMOs will likely follow the path of the well-consolidated CRO industry, which has achieved 50% penetration into research capacity for the pharma industry overall, compared with 25–27% of manufacturing capacity for CDMOs.

Greater consolidation will be driven by large pharma companies looking to focus on core strengths. They will increasingly outsource manufacturing as they already do basic research. Concurrently, they will look to shrink their supplier base to improve efficiency, and this will drive consolidation among CDMOs seeking to offer a wider array of services. Meanwhile, smaller emerging pharma and biotech companies looking to run efficient business models are leveraging outsourcing across discovery, development and manufacturing, continuing to drive capacity demand and consolidation.

Advances in technology will be another important factor determining where the CMO/CDMO sector is headed. Innovations in manufacturing tech and know-how will help drive the pharma industry forward. CDMOs will play a crucial role as they continue to invest in new technologies to offer the most innovative and efficient services possible to their biopharma customers. 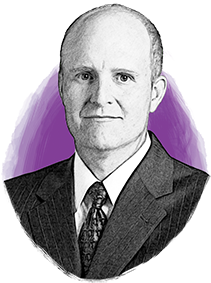 Jason Foss is a Managing Director with Results Healthcare based in Atlanta, GA. He has over 20 years of corporate finance advisory experience working with Life Science companies in the United States and around the world. In 2014, he returned home after nearly 15 years working in London to lead Results Healthcare’s Life Sciences efforts in the United States. Jason has an MBA from the University of Chicago’s Booth School of Business and a BA in psychology from Georgetown University.

Solving Complex Chemical Problems Across All Phases of NCE Programs