Every three seconds, there is a new case of dementia around the world. There are 50 million people living with Alzheimer’s Disease (AD) worldwide, including 5.8 million Americans; these numbers coincide with a 145% increase in deaths from AD between 2000 and 2017.1 The number of cases is expected to increase to over 152 million worldwide by the year 2050, with associated costs exceeding $2 trillion by 2030. With AD affecting so many families around the globe, AC Immune is aggressively working toward treatment and/or a cure for AD and other neurodegenerative diseases.

AD is typically diagnosed by neurologists and psychiatrists through a series of cognitive functioning tests once symptoms are already clinically present. Diagnosis usually occurs at a stage where irreversible loss of neurons has already occurred. In all likelihood, combination therapies will be required to successfully treat, reverse and cure AD. It may be difficult for a drug with a mechanism of action focused on a single part of the disease process (e.g., Abeta plaques) to make a meaningful impact, especially in symptomatic patients. However, it is now well established that there is a tight correlation between Tau and symptoms like cognitive decline and disease progression, making Tau a potentially strong target for diagnostic approaches. It is our view that precision medicine is necessary to properly diagnose and treat neurodegenerative diseases, including AD. This is why we are actively pursuing PET tracers against multiple relevant targets, including Tau, alpha-synuclein and TDP-43.

The active immunization approach is based on the ability of peptide antigens attached to liposomes to elicit the body's own immune system to produce antibodies against self-proteins.

One challenge in developing therapeutics and diagnostics for neurodegenerative diseases is that, although misfolded proteins are pathogenic, they are still recognized as “self-proteins,” so the body does not easily make antibodies against them. Another challenge is that the difference between a normal protein and a pathological protein is only related to a conformational change in protein structure, making drug specificity difficult to achieve. Two AC Immune proprietary technology platforms, SupraAntigenTM, and MorphomerTM, generate a robust pipeline of antibodies, vaccines and small molecules, which selectively bind to the misfolded proteins that are responsible for a broad range of neurodegenerative diseases.

The rational, chemical design of Morphomer enables us to generate small molecules, or Morphomers, which bind very specifically to misfolded proteins, break up neurotoxic aggregates and inhibit their aggregation and seeding.

AC Immune has collaborative partnerships with a number of companies for larger indications. Relating to Tau, Roche has recently initiated a phase II trial with our anti-Tau antibody in moderate AD patients and already had a separate phase II trial running in mild AD patients. We have also initiated a phase I study of ACI-3024, a first-in-class investigational oral small molecule Tau Morphomer inhibitor that will be studied in neurodegenerative diseases that are characterized by the presence of pathological Tau aggregates under our collaboration with Eli Lilly and Company. A phase Ib/IIa clinical trial to evaluate ACI-35.030 — a clinically advanced anti-phospho-Tau designed to reduce and to prevent the spread and development of Tau pathology to treat early and moderate AD — is running in collaboration with our partner Janssen Pharmaceuticals, Inc.

AC Immune was founded in 2003 to find ways to treat neurodegenerative diseases, as we believe it to be the biggest unmet need in healthcare. Our approach is to pioneer precision medicine and target misfolded proteins, combining world-class disease pathology understanding with our proprietary platforms, generating both therapeutics and diagnostics against multiple targets. 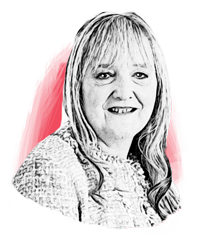 In 2003, Prof. Dr. Andrea Pfeifer co-founded AC Immune, where she holds the position of CEO. Prior to AC Immune, she was head of Nestlé's Global Research and managed a group of more than 600 people. She was recognized in 2009 as Technology Pioneer by the WEF and Swiss Entrepreneur of the Year by Ernst&Young. Prof. Pfeifer holds a PhD in toxicology, cancer research from the University of Würzburg, Germany and continued with post-doctoral work in molecular carcinogenesis at the National Institutes of Health, Human Carcinogenesis Branch, in Bethesda, Maryland.