The Promise and Challenges of Gene and Gene-Modified Cell Therapies

The rapid advance of gene and gene-modified cell therapies through clinical trials is creating a significant hurdle to successful commercialization. Developers need access to manufacturing capacity that employs state-of-the-art technologies for efficient, robust and scalable production, which is currently limited.

There are numerous factors that must be considered when establishing a manufacturing strategy for gene and gene-modified cell therapies. First, the disease target, the dose for each patient, the size of the patient population and the expected market penetration will dictate the quantity of product that must be produced.1

Whether the product is a gene or gene-modified cell therapy is a key consideration.2 Ex vivo therapies require transfection and cell expansion via cell culture, while in vivo treatments only require vector manufacturing. Production processes for autologous therapies must be scaled out, while those for allogeneic treatments can be scaled up. The choice of viral or nonviral delivery and the specific vector type (i.e., lentivirus, recombinant adeno-associated virus, plasmid DNA) have direct impacts on the optimal upstream and downstream manufacturing platforms — many of which are emerging or still under development — control strategies and analytical requirements.3

The possible regulatory pathways must also be considered, particularly whether an expedited approval process will be sought, which will affect manufacturing timelines. Equally important is the decision regarding where manufacturing will take place — in house or at a contract development and manufacturing organization (CDMO).2 Either way, access to both capacity in appropriately designed facilities leveraging appropriate technologies must be established.3

The manufacturing processes for gene and gene-modified cell therapies are complex. The Spark Therapeutics biologics license application for Luxturna was nearly 60,000 pages long, with most of the information related to manufacturing, not clinical data.4 Indeed, U.S. FDA commissioner Scott Gottlieb has noted that approximately 80% of the standard review time for gene therapies is spent on manufacturing and quality issues.5

Those therapies that utilize viral vectors — the majority — require manufacturing the viral vectors, which can be challenging, because viruses often kill the cells used to produce them and are much larger than recombinant proteins and antibodies.1 Transient expression of the components essential to produce a virus also limits titers.6

Manufacturing of viral vectors includes production of plasmids encoding helper virus functions and the therapeutic gene and cell lines used to manufacture the vector and other materials, followed by transfection or the generation of mammalian or insect producer cell lines followed by infection; harvesting, purification, characterization, formulation and fill/finish.7 Ex vivo products require additional cell culture to expand the target cells that must then be genetically modified, purified, formulated and freeze dried.

Production of gene therapies that rely on nonviral vectors for gene delivery is similarly complex.

In most cases, upstream processes are highly product-specific. Analytical methods must also be tailored to the specific viral vector and gene of interest. Thus, the manufacture of gene and gene-modified cell therapies is not readily amenable to a platform approach. Downstream processes, however, tend to be similar to those used for conventional biologics, including chromatography, buffer exchange and viral clearance. 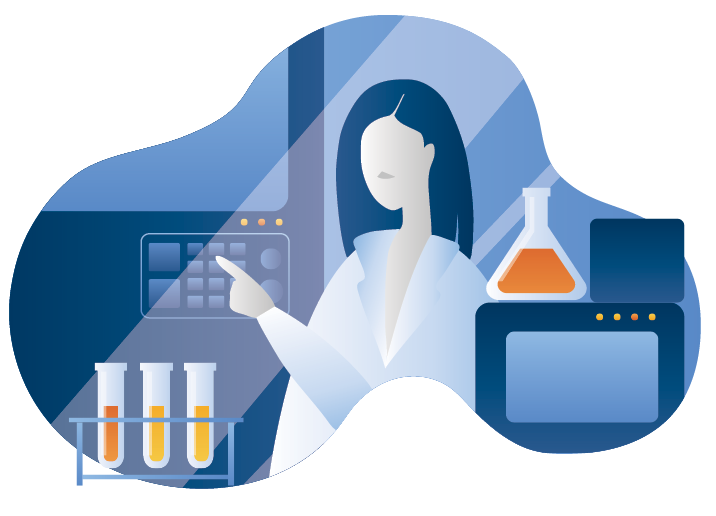 Rapid introduction of gene therapies to the market requires the development of facilities; supply chains; novel, efficient and robust manufacturing and analytical technologies; and a well-defined global regulatory framework. Many of the key development needs have been addressed in the road map for gene therapy established by the National Institute for Innovation in Manufacturing Biopharmaceuticals (NIIMBL), with the collaborative input of industry, academic and government experts.8

One of the biggest issues facing developers of new gene therapies is the limited availability of manufacturing capacity. Most university-based centers used for the production of clinical trial materials have waiting lists of up to two years.9 Larger-scale production facilities, mostly operated by CDMOs, are as or even more limited and operate at high capacity-utilization rates.

The other major challenge is to develop scalable processes that are robust, reproducible and ensure high-quality product at a reasonable cost. Manufacturing issues — particularly scale-up challenges — for gene therapies are a significant concern for the FDA.10

Some vendors are looking to develop automated, end-to-end integrated, scalable platforms leveraging single-use technologies and continuous bioprocessing.1,11,12 Cell line designs for more product suspension cell culture are needed for use with these platform technologies.8 There is also a focus on developing standardized yet flexible viral vector components that can be readily produced at scale.11–13 These approaches leverage new closed bioreactor technologies that enable cost-effective and scalable cell culture up to the 2000-L scale.1,13 New process control technologies designed for viral vector production systems are also leading to more consistent processes and higher-quality products.1

Better solutions are also needed to increase both primary and secondary virus recovery during harvest and downstream purification.8 Examples include improved or alternative methods for clarification and particle capture that do not damage viral vectors and offer enhanced productivity. Platform purification processes for common viral vectors would be highly beneficial as well.

Managing raw materials is also a challenge, particularly for autologous ex vivo therapies that require modification and growth of patient cells. For all gene therapies, ensuring that all biologic raw
materials are free of adventitious agents and that single-use equipment components do not impact production processes is essential. Appropriate risk-management strategies are needed to ensure that raw materials are fit for purpose and of the appropriate quality.14

Analytical method development can also be challenging, owing to the complexity of viral vectors and gene-modified cell therapies. As such, a multifaceted approach using multiple orthogonal methods is essential to accurately and confidently understand the physicochemical properties and quality of viral vector products.1,15 Application of digital droplet polymerase chain reaction (ddPCR) offers significant advantages over standard quantitative PCR methods, allowing for absolute, rather than relative, quantification of the target DNA molecules present in a sample, an ability that is important for numerous analytical assays necessary for viral vector production and characterization.16

Formulation approaches that allow for the manufacture of viral vector products that are stable at room and/or elevated temperature would eliminate the need for cold-chain distribution, enabling simplification of the supply chain. Low-shear filling methods would provide products with reduced effects on viral vector structure and potency.8

The manufacturing complexity associated with viral vectors and gene and gene-modified cell therapies has limited the number of companies with installed capacity and capabilities. Most emerging biotech/biopharma companies developing these products lack the resources and expertise to achieve efficient, scalable manufacturing and thus rely on CDMOs.

Even larger pharmaceutical companies leading in this space face manufacturing challenges. Some have elected to build in-house capacity and expertise, such as AveXis/Novartis, BioMarin Pharmaceutical, Spark Therapeutics, Celgene/Juno and Pfizer.9 Others, including GlaxoSmithKline, have chosen to outsource. Novartis and Kite Pharma/Gilead are examples of large pharma firms that have opted to leverage both in-house and external partners to help address manufacturing challenges. For instance, in early 2019, Novartis acquired European CDMO CELLforCURE.

The demand for CDMO services in the gene therapy space is driving significant investment and M&A activity. Some of the biggest moves have involved the acquisition of CDMOs with expertise in viral
vector and gene/cell therapy manufacturing, including Brammer Bio by Thermo Fisher Scientific ($1.7 billion) in March 2019 and Paragon Bioservices, Inc. by Catalent ($1.2 billion) in May 2019. Paragon opened a new 200,000-ft2 GMP gene therapy biomanufacturing facility in Maryland in April 2019.

Other recent investments by contract manufacturers include construction of a facility in Pearland, Texas by Lonza that doubled its production capacity for viral gene and virally modified cell therapy products and which the company claims is the largest dedicated cell and gene therapy manufacturing facility. Novasep also constructed a $30 million viral vector facility at its Seneffe, Belgium site. Also in Europe, Finnish company Biovian opened a new QA/QC site in 2018, Anemocyte is investing in a new, large facility for the production of ATMPs, as well as R&D activities, and MaSTherCell S.A. signed a lease agreement in March 2019 for a 5,700-m2 facility in Belgium that will be operational in 2021.

WuXi opened its Center for Clinical and Commercial Manufacturing near Philadelphia in late 2016, and Brammer Bio has been investing in its facilities since its founding in 2013. ElevateBio is building a 100,000-ft2 CDMO facility in Cambridge, Massachusetts. LakePharma Inc. and Oxford BioMedica Plc have also invested in viral vectors in 2019.

Gene and gene-modified cell therapy producers have also been busy on the investment front. In addition to Gilead’s purchase of Kite Pharma for $11.9 billion in 2017 and Novartis’ acquisition of AveXis for $8.7 billion in 2018, Biogen paid $800 million for Nightstar Therapeutics in 2019 and Roche is hoping to merge with Spark Therapeutics in a deal valued at $4.8 billion. The latter is currently being held up due to antitrust concerns. Pfizer Inc. acquired Bamboo Therapeutics in 2016.

Big pharma has also made internal investments in production capabilities. Pfizer announced in August 2019 that it will invest $500 million to expand its gene therapy manufacturing facility in Sanford, North Carolina.

Even smaller biotechs are investing in their own facilities. In 2018, Mustang Bio opened a CAR-T cell therapy manufacturing facility at the UMass Medicine Science Park in Worcester, Massachusetts, and Abeona Therapeutics opened a commercial GMP manufacturing facility for gene and cell therapies in Cleveland, Ohio called The Elisa Linton Center for Rare Disease Therapies.

In 2019, bluebird bio Inc. opened its first wholly owned manufacturing facility, and Iovance Biotherapeutics announced that it will spend $75 million to build a 36,000-ft2 facility in Philadelphia to produce cancer therapies using its tumor-infiltrating lymphocyte (TIL) technology. Passage Bio, meanwhile, is collaborating with Paragon Gene Therapy (Catalent Biologics) to develop a dedicated manufacturing suite at its facility near Baltimore, Maryland. Allogene Therapeutics is also investing in a new facility.