HERTFORDSHIRE, England and PITTSBURGH /PRNewswire/ -- Mylan N.V. (NASDAQ: MYL) today announced the U.S. launch of Rivastigmine Transdermal System, 4.6 mg/24 hrs, 9.5 mg/24 hrs and 13.3 mg/24 hrs, a generic version of Novartis' Exelon® Patch. Mylan received final approval from the U.S. Food and Drug Administration (FDA) for its Abbreviated New Drug Application (ANDA) for this product, which is indicated for the treatment of dementia associated with mild, moderate and severe Alzheimer's disease and the treatment of mild to moderate dementia associated with Parkinson's disease.

Mylan President Rajiv Malik said, "The launch of generic Exelon® Patch is another example of the investment Mylan is continuing to make into products that are difficult to develop and manufacture, particularly in transdermal drug-delivery systems. The launch of this product also strengthens the company's growing central nervous system portfolio, which is a therapeutic area of continued focus for Mylan as we strive to provide better health for a better world."

This press release includes statements that constitute "forward-looking statements," including with regard to the launch of generic Exelon® Patch being another example of the investment Mylan is continuing to make into products that are difficult to develop and manufacture, particularly in transdermal drug-delivery systems, and the launch of this product also strengthening the company's growing central nervous system portfolio, which is a therapeutic area of continued focus for Mylan as we strive to provide better health for a better world. These statements are made pursuant to the safe harbor provisions of the Private Securities Litigation Reform Act of 1995. Because forward-looking statements inherently involve risks and uncertainties, actual future results may differ materially from those expressed or implied by such statements.  Factors that could cause or contribute to such differences include, but are not limited to any changes in, interruptions to, or difficulties with Mylan's or its partners' ability to develop, manufacture, and commercialize products; the effect of any changes in Mylan's or its partners' customer and supplier relationships and customer purchasing patterns; other changes in third-party relationships; the impact of competition; changes in the economic and financial conditions of the businesses of Mylan or its partners; the scope, timing, and outcome of any ongoing legal proceedings and the impact of any such proceedings on Mylan's or its partners' business; any regulatory, legal, or other impediments to Mylan's or its partners' ability to bring products to market; actions and decisions of healthcare and pharmaceutical regulators, and changes in healthcare and pharmaceutical laws and regulations, in the United States and abroad; Mylan's and its partners' ability to protect intellectual property and preserve intellectual property rights; risks associated with international operations; other uncertainties and matters beyond the control of management; and the other risks detailed in Mylan's filings with the Securities and Exchange Commission. Mylan undertakes no obligation to update these statements for revisions or changes after the date of this release. 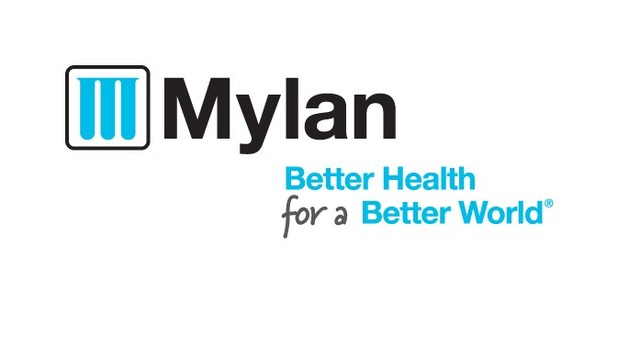 Mylan is a global pharmaceutical company committed to setting new standards in healthcare. Working together around the world to provide 7 billion people access to high quality medicine, we innovate to satisfy unmet needs; make reliability and service excellence a habit; do what's right, not what's easy; and impact the future through passionate global leadership. We offer a growing portfolio of more than 7,500 marketed products around the world, including antiretroviral therapies on which more than 40% of people being treated for HIV/AIDS globally depend. We market our products in more than 165 countries and territories. We are one of the world's largest producers of active pharmaceutical ingredients. Every member of our approximately 35,000-strong workforce is dedicated to creating better health for a better world, one person at a time.