Measuring the Time and Cost Benefits of Integrated Product Development

Quotient Sciences has been employing its unique Translational Pharmaceutics® integrated platform to accelerate product development for more than a decade. This platform has significantly reduced costs and time to market compared with traditional development approaches. Time savings of >12 months and a financial gain of >$100 million were recently confirmed by systematic research conducted by the Tufts Center for the Study of Drug Development (Tufts CSDD).

Drug development efforts must become more effective and efficient to reduce the time and cost required to bring new drugs to market — a cost estimated by the Tufts Center for the Study of Drug Development (Tufts CSDD) to be $2.6 billion.1

One way to improve efficiency is to break down the barriers between product manufacturing and evaluation in clinical trials. Both pharmaceutical companies and the contract service sector are constructed using a siloed model, with departments or organizations having a focus on either manufacturing or clinical testing. The resulting gap of many weeks or even months between manufacture and dosing of products drives inefficiencies into the development process and, in addition, once a trial is initiated, means there is typically no flexibility in dosing; only clinical trial materials manufactured in advance of the study can be used.

An Integrated Approach Borne from Listening to Customer Needs

Quotient Sciences was founded in 1990 as an academic spin-out evaluating the science behind oral and inhaled drug delivery. Quotient had developed an operational framework comprising a clinical pharmacology facility with an integrated formulation group with small-scale manufacturing capabilities. In the early 2000s, several customers were asking Quotient whether it would be possible to quickly develop new formulation prototypes with abbreviated CMC data packages and then rapidly assess those in the clinical unit. The idea was that, if this could be done in days or weeks rather than many months, it would significantly shorten the development times. Quotient discussed various approaches internally with regulatory, manufacturing and medical colleagues and in 2008 approached the UK authorities (MHRA) for an advisory meeting to discuss some of the concepts. The main objectives of the meeting were to see if we could create a suitable regulatory and operational framework for bringing more speed and flexibility to developing new investigational drug products, without compromising quality or patient safety. The MHRA was receptive to our proposals, and the platform Translational Pharmaceutics was born.

What is Translational Pharmaceutics?

Translational Pharmaceutics is the integration of formulation development, real-time manufacturing and clinical testing. By combining the work of contract development and manufacturing organizations (CDMOs) and contract research organizations (CROs) in one offering, outsourcing and program management are simplified and streamlined, and development times and costs are reduced. Importantly, clinical data arising within a study are utilized in real time to inform which formulation compositions should be made and dosed next, increasing program precision and potential for success. Flexibility is fully maximized by the unique inclusion of a formulation design space in regulatory submissions, which allows the potential to optimize the quantitative composition of critical-to-performance excipients and dosage strengths relative to clinical performance.

Quotient Sciences has several global state-of-the-art facilities for the GMP manufacture of clinical trial materials and for running adaptive phase I clinical trials, enabling rapid manufacture and flexible product dosing in real time. To bring Translational Pharmaceutics to the United States, a scientific advisory meeting was held with the FDA in 2018, and as a result we now perform Translational Pharmaceutics programs within both the UK and U.S. regulatory environments.

To date, we have completed more than 400 programs using our Translational Pharmaceutics platform. Our scientific and operational teams work with each client to design and deliver customized solutions that accelerate both simple and complex drug development programs based on individual molecule needs.

Translational Pharmaceutics can be deployed across the development spectrum, to accelerate transition of molecules from first-in-human (FIH) to proof-of-concept (POC), to optimize formulation compositions during full development and also as part of life-cycle management programs (505(b)(2) projects). Translational Pharmaceutics is applicable to all types of formulations, whether “fit for purpose/phase” or those requiring sophisticated drug delivery technologies. While oral dosage forms feature very strongly, since they represent the predominant route of administration, the platform has been used to deliver drugs via inhaled, injectable, topical and ocular routes.

Examples of completed projects include:

Many Benefits of an Integrated Development Platform

The obvious benefits of our Translational Pharmaceutics platform are cutting time and cost out of the development process, as quantified by the recent Tufts CSDD study. Time is saved via a combination of program features, including:

Additional benefits are also apparent, with the consumption of drug substance often reduced by as much as 85%, given that only small batches are needed and stability studies are often not necessary (or very limited). Furthermore, with Translational Pharmaceutics, projects are led by a single project manager overseeing an integrated cross-functional project team focused on delivering all of the components of traditional CDMO and CRO services, providing multiple efficiencies by streamlining and de-risking the supply chain.

On average, the Tufts CSDD analysis found that average time savings for such FIH programs from formulation development to the point of patient supplies were 15 months compared with conventional studies (11.5 months vs. 26.5 months).

The Tufts CSDD team evaluated data provided by Quotient for a range of projects conducted over the past decade, including actual dates taken from executed Translational Pharmaceutics project plans. A group of independent industry consultants provided benchmark data for conventional timelines for similar programs to enable comparison and identification of time and cost savings.

Although the Translational Pharmaceutics platform can be applied to nearly any development project, the study focused on three specific applications of our approach: taking drugs into human clinical trials for the first time, products that required improved solubility through formulation control, and projects involving MR formulations. All projects considered for this report are for small molecules administered orally and were conducted from 2009 to 2017.

Costs benefits were identified for two aspects of each project: R&D savings and returns from earlier sales. The R&D savings were achieved by reducing project timelines for early development by greater than 12 months. The additional earnings resulted from products reaching the market faster, affording additional sales, which were assigned a net present value.

The Benefits of Translational Pharmaceutics Are Clear

We’re extremely proud that the Tufts CSDD research has drawn these conclusions about the financial benefits of Translational Pharmaceutics, and we hope our platform can play its part in industry’s aspiration to improve R&D efficiency and accelerate the availability of more medicines for patients.

Formulation Selection within a First-in-Human Study2

MEI Pharma performed a study to assess the safety, tolerability, pharmacokinetics and pharmacodynamics of single ascending oral doses of its candidate ME-401, a novel selective inhibitor of phosphatidylinositol 3 kinase p110d, an enzyme overexpressed and overactive in B-cell malignancies, in healthy volunteers. The decision to conduct the FIH study in this subject population was driven by the need to rapidly identify the appropriate dose and schedule to enable swift advancement into patient studies. The novel design of this study also enabled use of a minimal number of subjects.

A single-center study in healthy adult volunteers was performed at Quotient Sciences with the starting dose of ME-401 selected based on nonclinical toxicology studies performed according to regulatory guidelines. Dose selection for subsequent cohorts was dependent on the safety, tolerability and human exposure from the preceding cohort. The protocol also allowed for flexibility to dose alternate formulations of ME-401. Unit doses were only manufactured once the data from previous cohorts were available. A powder blend in a capsule containing ME-401, filler, and buffers was developed, enabling the creation of a dose design space from which any dose for the study could be prepared. Following completion of the FIH study, the identified dose/formulation was immediately supplied into oncology patient trials.

On average, the Tufts CSDD analysis found that average time savings for such FIH programs from formulation development to the point of patient supplies were 15 months compared with conventional studies (11.5 months vs. 26.5 months).

The R&D savings were achieved by reducing project timelines for early development by greater than 12 months.

Formulation Optimization for an MR Medication3

Eli Lilly needed to optimize the formulation of its investigational chronic pain management therapy LY545694, an ester prodrug that is primarily hydrolyzed in the small intestine, blood and liver to the active drug substance. A phase I study revealed that LY545694 has a short half-life in immediate-release formulations and can cause GI related symptoms. An MR matrix formulation was anticipated to overcome these issues, but the initial formulation developed did not provide optimal delivery of drug to the preferred absorption region (small intestine).

Quotient designed and performed a Translational Pharmaceutics study, which included a design space on the quantity of release-controlling polymer in the formulation to be able to tune performance in real time based on clinical observations. Interim data from pharmacokinetic analyses as well as gamma scintigraphy (to investigate the in vivo release properties in the GI tract) determined which composition was selected, manufactured and dosed in each arm of the study. An optimum MR formulation was successfully identified.

To date, we have completed more than 400 programs using our Translational Pharmaceutics platform.

Genentech sought to improve the formulation of its oral candidate GDC-0810 for the treatment of breast cancer before a phase III patient study. In phase I and II trials, the API was formulated as the N-methyl-D-glucamine (NMG) salt, along with a surfactant and alkalizing agent to aid dissolution. This formulation, however, caused mucosal irritation, and both the salt form and quantities of excipients required optimization.

Translational Pharmaceutics was used to bridge between the phase I/II and an optimal phase III formulation of GDC-0810. Five potential formulations were identified, and the specific composition of each formulation manufactured and dosed as the trial progressed was selected in real-time using emerging clinical data. Trial materials were manufactured within seven days of dosing at a small scale, and the use of an integrated GMP manufacturing and clinical research facility limited the time between dosing occasions to approximately 14 days. As a result, a phase III formulation with reduced surfactant content and patient irritation that gave comparable exposure to the phase II formulation was identified in the most time- and cost-efficient manner. 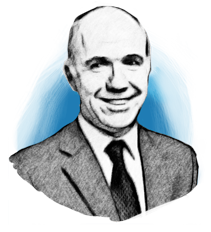 Peter has over 20 years’ experience in the pharmaceutical industry. In his role at Quotient Sciences, he has been instrumental in identifying and implementing the innovative and flexible benefits of integrating pharmaceutical development and clinical testing in early research. Peter has served as a committee member for the U.K. Controlled Release Society and APS Biopharmaceutics focus group and in 2010 was named one of PharmaVOICE’s 100 most inspiring people in the life-sciences industry. He was appointed as an Honorary Professor in Pharmaceutical Sciences at Nottingham University in August 2015.

The Future of Decentralized Trials

How Artificial Intelligence May Drive the Future of Clinical Trials