Traditionally, drug discovery researchers have metaphorically positioned themselves as “hunters” that seek out their target through a hit — in this scenario, drugs serve as bullets and eliminate part of the pathway relevant to a disease. However, in most cases, successful medicines actually function for more complex reasons than initially understood and often work through targets and mechanisms more broadly than first intended.

New Approaches Based on Bioinformatics

Since being launched in February 2008, Immuneering has accelerated and improved the discovery and clinical development of novel drugs by applying proprietary computational biology methods and an advanced drug discovery platform to high-throughput molecular data (including gene expression, genomics and binding data).

Most recently, we developed a technology platform based on advanced bioinformatics that focuses on areas in drug development that have proven intractable to traditional drug discovery methods. Our goal is to obtain biologically accurate and relevant answers that lead to actionable results.

Analysis of patient data enables us to identify subpopulations with different underlying causes for the same disease. Once the unique characteristics and gene expression activity for these subsets have been defined, we can then identify drug candidates that will be effective for each subpopulation.

Through our experience with bioinformatics, we have come to realize that, rather than bullets, drugs function more as signal inducers, acting similarly to noise-cancelling headsets through the creation of signals that are mirror opposites of the signals associated with selected diseases.

Our Disease Cancelling Technology (DCT) leverages this concept using gene expression data from patients. We focus on particular aspects of disease that are not well served by traditional discovery efforts, identifying and ranking drug candidates that best attenuate relevant signals. In general, we seek to down- and upregulate genes that contribute positively and negatively to disease, respectively.
The technology is unique because it combines both biology and chemistry platforms; the front-end uses gene expression data to identify potential targets, for which small molecule candidates are then identified via virtual high-throughput screening using the chemistry-based back-end. DCT is also disease-agnostic; most diseases have complex aspects not addressed by traditional drug discovery methods. It is also less dependent on trial and error, meaning we can produce a steadier stream of drug candidates.

One area of focus for Immuneering is the development of a new drug for the treatment of cancer cachexia, which is characterized by a dramatic loss of skeletal muscle mass and substantial weight loss irrespective of caloric intake. Approximately one-third of cancer deaths are attributed to this wasting syndrome, for which there is no approved treatment.

At Immuneering, we have demonstrated our cachexia candidate is active and well tolerated in animal models. With this initial proof-of-concept in vivo, we are quickly moving the program forward.

Through our experience with bioinformatics, we have come to realize that, rather than bullets, drugs function more as signal inducers, acting similarly to noise-cancelling headsets through the creation of signals that are mirror opposites of the signals associated with selected diseases.

Financed for the Future

These initial results — and other work completed at Immuneering — have led to strong interest in our DCT and its ability to identify novel medicines. To further this work, we recently received $20 million in a successful, oversubscribed Series A financing round led by Boxcar PMJ LLC. We will use the proceeds to advance our lead candidate in cancer cachexia and other oncology drug programs in our portfolio, further develop our technology platforms, launch new drug programs in other disease areas, and support the growth of our computational biology services business.

Our capital efficiency and speed — to date we are twice as fast and three times as capital efficient as traditional drug discovery — combined with consistent output and the ability to apply DCT to find medicines in new areas like cancer cachexia, create unique opportunities to positively impact the lives of patients. We anticipate that Immuneering will generate more than 90 drug programs over the next five years. Although many will not advance through the clinic, we will still create a large volume of high-quality medicines for diseases for which therapies cannot be identified using traditional discovery methods. 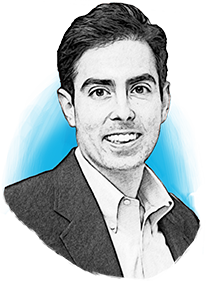 After earning a Ph.D. in bioengineering from MIT and an MBA from Harvard Business School, Dr. Zeskind co-founded Immuneering with the goal of improving research and development in the pharmaceutical industry. He bootstrapped the company, recruited a team of world-class computational biologists, and helped established Immuneering as a leader in advanced bioinformatics, with a thriving services business. He also recruited a team of pharmaceutical industry leaders to build a pipeline of drug candidates driven by the company’s Disease Cancelling Technology.

Q: Although there is no such thing as a truly “crisis-proof” organization, how are you working to mitigate risks for future crises like the COVID-19 pandemic?