Current bladder cancer treatments are not curative. A novel photodynamic therapy (PDT) platform being developed by Theralase could be the new gold standard.

Adjuvant intravesical instillations with bacillus Calmette-Guérin (BCG) is the recommended treatment option for patients with intermediate- and high-risk NMIBC. Despite adequate BCG treatment, a large proportion of patients experience a recurrence. Although radical cystectomy is the gold standard for BCG-unresponsive NMIBC, some patients are unfit or unwilling to consider this option. BCG also has known side effects that impact patient acceptance and there has been a worldwide supply shortage since 2012.

Despite bladder cancer being the fifth most common cancer in the United States, there have been virtually no advances in its treatment. Currently, intravesical therapies are limited by the intrinsic properties of the bladder. This is changing in the face of our improved understanding of the mechanisms of PDT and the pharmacodynamics of intravesical advanced photodynamic drug instillation and the development of novel intravesical light delivery and dosimetry technology.

Photodynamic compounds (PDCs) or drugs are cytotoxic when exposed to light at specific wavelengths and power levels. Theralase’s PDCs are unique and can be activated by a wide range of laser wavelengths regardless of the oxygenation level present in tumor tissue under treatment, an advantageous feature when dealing with cancerous tissue and/or bacteria that thrive in poorly oxygenated tissues or environments.

Theralase has been working with research partners to develop our patented lead PDC, a ruthenium-based candidate (TLD-1433) for the treatment of NMIBC, and the associated patent-pending and proprietary TLC-3200 medical laser system.

TLD-1433 is designed to bind to transferrin, a protein involved in iron homeostasis. Because cancer cells have many more transferrin receptors than normal cells, much more TLD-1433 is bound to cancer cells and released into the cells. Light activation using patent-pending and proprietary laser technology leads the production of reactive oxygen species and singlet oxygen that are toxic to cells. In preclinical studies, it has been shown to be highly toxic to bladder cancer cells, producing a complete kill rate at very low concentrations.

Unlike BCG treatment and regimens for other bladder cancer therapies involving multiple sessions over several weeks, PDT with TLD-1433 takes place over just 45 minutes to 2 hours on one day. The drug is instilled into the bladder. One hour later, the patient is in the operating room to have the bladder voided, rinsed, instilled with sterile water and treated using laser light.

Because the drug is instilled in the bladder, there are no concerns regarding drug–drug interactions or side effects. Pharmacokinetic studies have shown that the drug is completely removed from the urine within 24 hours and from plasma within 72 hours.

In 2018, Theralase completed a phase Ib trial with TLD-1433 in NMIBC. Six patients were involved in the study, with three receiving the therapeutic dose. In one of these patients, it was later determined that the cancer had metastasized and the patient should not have been enrolled. The other two exhibited a complete response to treatment with no disease recurrence after 18 months.

Theralase has begun a phase II clinical study for TLD-1433 in patients with NMIBC presenting with carcinoma in situ (CIS). We have filed an IND with the U.S. FDA and intend to have 20 sites enrolling 100–125 patients who will receive a maintenance treatment after six months and be followed for 360 days.

The FDA has confirmed that the phase II study meets the requirements established in the February 2018 FDA guidance on “BCG-Unresponsive Non-Muscle Invasive Bladder Cancer: Developing Drugs and Biologics for Treatment.” If we can achieve similar results to those obtained in the phase I study (67% CR) for approximately 20–25 patients, our TLD-1433 anti-cancer therapy (ACT) platform may be suitable for accelerated approval and marketing authorization without the need for a phase III trial.

We plan to explore the broader application of PDT and are conducting preclinical work in lung, brain, colon and esophageal cancers, including evaluation of potential ruthenium complexes and delivery methods. 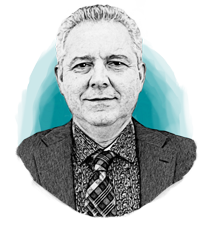