The investigator-initiated trial was performed at Yale University School of Medicine and treated 21 subjects who had a diagnosis of social anxiety disorder and participated in an anxiety-provoking, speech task in a double-blind, crossover design. In the pre-specified, primary analysis, BHV-0223 reduced anxiety by 8.3 points relative to placebo on the 100-point Visual Analogue Scale (VAS) (see Figure 1). The observed reduction in anxiety was significant (p=0.056), relative to the protocol specified level of p= 0.10. A likelihood-based analysis, that analyzed the change in the VAS from the pre-speech baseline, found that BHV-0223 had a 14.4-point advantage relative to placebo (p=0.0259). In addition, BHV-0223 was safe and well-tolerated during this study. Biohaven expects to present additional results from this trial at upcoming scientific meetings over the next year.

Michael Bloch M.D., M.S., the trial's Principal Investigator and an Associate Professor at Yale University School of Medicine, commented, "The findings from this anxiety-provoking challenge study in patients with social anxiety disorder demonstrated anti-anxiety effects of BHV-0223 in a public speaking scenario and suggest the therapeutic potential of glutamate modulation in the treatment of anxiety disorders."

Biohaven has an exclusive license agreement with Yale University under Yale's patent rights for the commercial development, manufacture, distribution, use and sale of products and methods related to the use of riluzole in treating a variety of central nervous system disorders including generalized anxiety disorder, social anxiety disorder and panic disorder. In addition to BHV-0223, Biohaven also owns worldwide patents and patent applications covering a broad library of prodrugs of riluzole designed for optimized safety, tolerability and pharmacokinetics. These include troriluzole (BHV-4157), currently in late-stage clinical trials in spinocerebellar ataxia (SCA), obsessive compulsive disorder (OCD), and Alzheimer's disease (AD). Biohaven anticipates submitting a New Drug Application (NDA) for BHV-0223 for the treatment of amyotrophic lateral sclerosis (ALS) to the U.S. Food and Drug Administration (FDA) in the third quarter of 2018.

The primary purpose of the trial was to examine the acute anti-anxiety potential of BHV-0223 as compared to placebo in subjects with social anxiety disorder and public speaking anxiety while performing a 10-minute anxiety-provoking speech task. Twenty-one subjects who met DSM-5 criteria for social anxiety disorder and clinically significant public speaking anxiety on the Impromptu Speech Task were enrolled in a public speaking challenge study. Subjects were treated with BHV-0223 35mg or placebo under double-blind crossover conditions one hour prior to performing each of two impromptu speech tasks, which were separated by two to ten days to allow for medication washout.  The trial was powered at 80%, to detect an effect size of 0.58, at an alpha of p=0.10, on the primary endpoint of self-reported anxiety measured on the VAS during the Impromptu Speech Task. Baseline anxiety was measured on the VAS prior to the speaking exercise.

"Approximately 20% of Americans have experienced an anxiety disorder in the past year but many current treatments are encumbered by side effects including sedation, cognitive impairment and potential for addiction," said Vlad Coric M.D., CEO of Biohaven. "By combining anxiolytic properties and a favorable safety profile, we believe that glutamate modulating agents may offer patients who are not satisfied with existing therapies a novel treatment option."

Dr. Coric added, "Generalized anxiety disorder (GAD) affects approximately 6.8 million adults, or 3%, of the U.S. population. Although a common disorder, current medication treatments are not fully effective in half of patients. GAD is characterized by excessive anxiety, uncontrollable worry, restlessness, fatigue, difficulty concentrating, irritability, muscle tension and sleep disturbances. Current medication treatments, including antidepressants, benzodiazepines and beta-adrenergic blockers, can have side effects such as sedation and often are of limited effectiveness."

Based upon these trial results, Biohaven plans to expand its glutamate modulating platform development program to include the treatment of GAD.

Biohaven's glutamate modulating platform includes agents targeting glutamate transporters on glia and NMDA antagonism. Sublingual riluzole (BHV-0223) and the third generation prodrug troriluzole (BHV-4157) are being developed across a variety of neurologic and neuropsychiatric disorders. BHV-0223 is a sublingual formulation of riluzole which employs the Zydis® orally dissolving tablet technology. It is administered under the tongue, where it dissolves in seconds and does not require swallowing or administration with liquids. In addition to exclusive intellectual property rights related to the use of riluzole in certain neuropsychiatric disorders licensed from Yale University, Biohaven has worldwide exclusive rights from Catalent to the use of Zydis® orally dissolving tablet technology in riluzole products. Troriluzole is currently being evaluated in Phase 2/3 clinical trials in SCA, OCD and AD.

AbbVie Provides Update Regarding RINVOQ® (upadacitinib) for the Treatment of Moderate to Severe Atopic Dermatitis in the U.S. 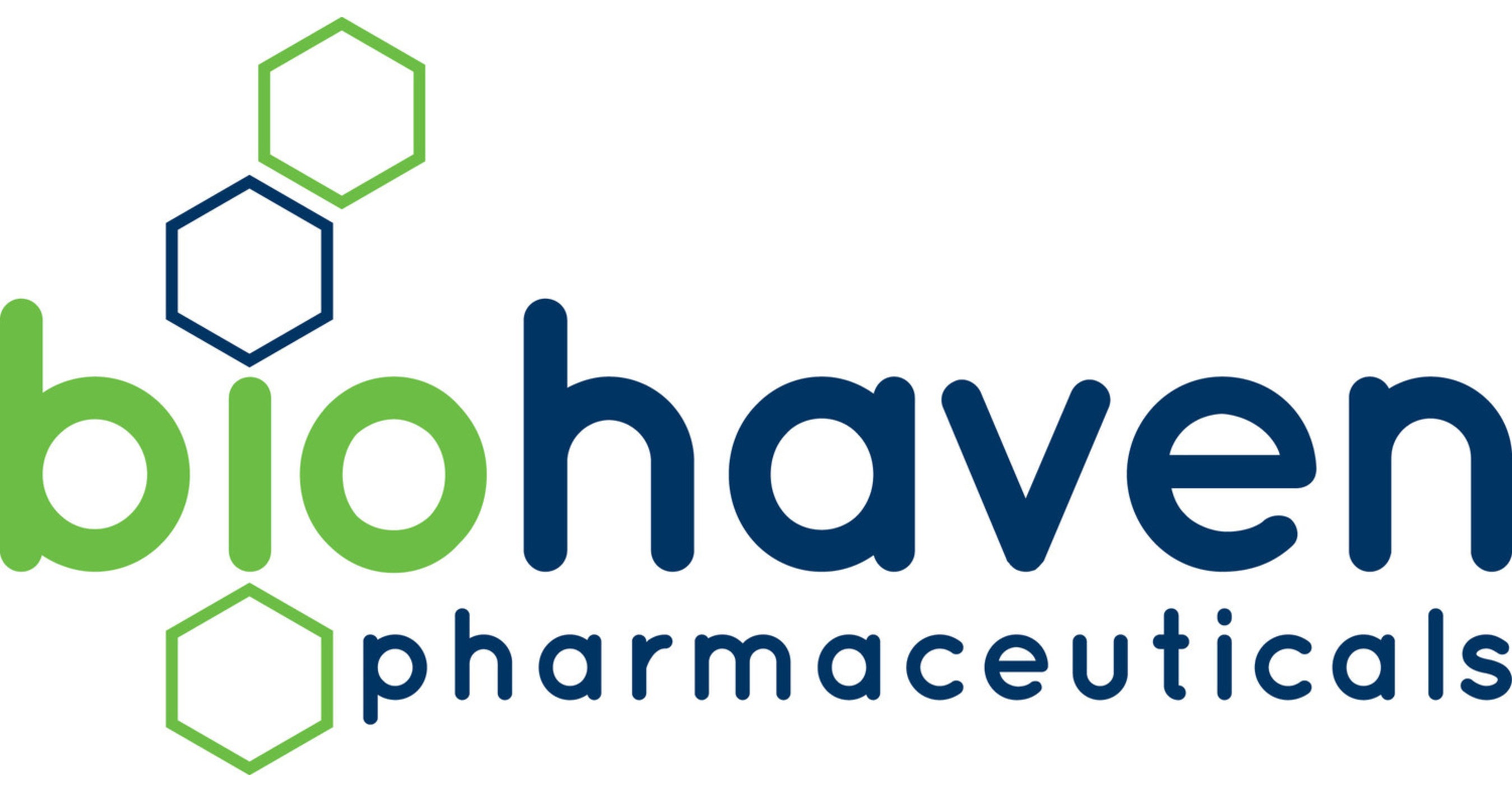