U.K.-based company Adaptimmune is testing NY-ESO SPEAR T cells in a range of cancers and has seen partial responses in three of the first four myoxid/round cell liposarcoma (MRLCS) patients treated with its T cells.

Together with GSK, a science-led healthcare company, Adaptimmune is testing NY-ESO SPEAR T cells in a range of cancers, including ovarian and non-small cell lung cancer. Adaptimmune has posted clinical data showing partial responses in three of the first four myoxid/round cell liposarcoma (MRCLS) patients treated with T cells, with two partial responses, one unconfirmed partial response and one non-response.

While more evidence is still needed, the preliminary validation has shown it is possible to engineer T cells to take out solid tumors. Even though investigators saw the side effect of cytokine release syndrome (CRS), which is an inflammatory response to the treatment, Adaptimmune CEO James Noble sees the handling of CRS in recent trials as evidence doctors have it under control: “In qualified centers such as the centers where we operate and most gene therapy is done, there are already very clear algorithms for treatment and initiation of tocilizumab and secondary agents including steroids. The whole field has learned how to manage this,” said Noble.

Despite its small sample, the analyzed data raises hope that the drug will be effective in multiple types of solid tumor in the near future. Even though questions remain unanswered for now, the findings move Adaptimmune in the right direction. 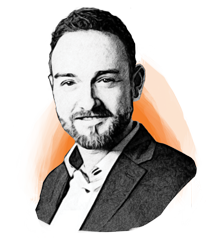 Marc is responsible for assisting the Research & Content departments with strategic content development. Prior to joining That’s Nice, Marc studied Journalism at the University of Applied Sciences in Cologne, Germany, majoring in Politics and Sports. He holds a Bachelor’s Degree in Arts.