Controlled nucleation is essential for obtaining high-quality lyophilized products with intra- and inter-batch consistency. Two approaches to achieving controlled nucleation have been investigated recently: creating a pressure differential and using an ice fog to insert seed crystals into the vials within the lyophilization chamber. SP Industries has developed a solution based on the over-pressure method that is suitable for lab to commercial-scale production under GMP conditions.

Freeze drying, or lyophilization, is often required to produce stable formulations for sensitive biologic drug formulations. The aseptic conditions required for lyophilization of parenteral products may create challenges for drug manufacturers because the high purity of the containers and the product solution leads to issues with ice nucleation, a critical step for the freezing to occur.

SP Industries has developed a solution based on the over-pressure method that is suitable for lab to commercial-scale production under GMP conditions.

Where nucleation is uncontrolled, the longest theoretical freezing time must be used to ensure that the solution in every vial freezes. Longer freezing times equate to lower throughput of the expensive lyophilizer, and heterogeneity between the
vials in a single batch also remains an issue. Supercooling of the vials during the freezing stage causes very small crystals to form and so can lead to vial breakage and “blow-out,” because process water vapor cannot escape from the tightly packed small crystals. The result is the loss of expensive product and the need for additional cleaning. Controlled nucleation methods provide the operator with the ability to determine the point in time and the refrigeration temperature at which nucleation will occur for all of the vials in the lyophilization chamber.

Two mechanisms have been investigated for controlled nucleation: creation of a pressure drop within the chamber and introduction of seed crystals to each vial. A pressure drop can involve over-pressurization, in which a sterile gas is pumped into the chamber to a specified pressure and then suddenly released, or by rapidly pulling a vacuum on the chamber. In both cases, the lyophilization system must be constructed to withstand these high/low pressures.

To induce an inflow of ice crystals within a lyophilization chamber at production scale, water-for-injection (WFI) is typically frozen in sterile liquid nitrogen in a separate tank to create a very fine “snow” powder. The freeze dryer is then evacuated to create a pressure differential sufficient to pull the ice fog into the chamber. At lab scale, the ice crystals may be formed on the condenser and then introduced to the chamber. In both methods, baffles must be inserted into the drying chamber to direct the flow of the ice fog.

The pressure-drop method has some advantages over the ice-fog technique. First, it provides consistent conditions within each vial. With the ice-fog method, an ice crystal must be inserted into each vial individually. In addition, latent heat in the steel structures within the drying chamber may induce early melting of the ice crystals before they can enter all of the vials.

Second, there is no need to install baffles into the lyophilization chamber with the pressure-drop method. This advantage is significant. The lyophilizer must be shut down while the work is being completed and then requalified and validated before use. Third, there is no insertion of material into the final drug product solution with the pressure-drop technique. In the ice-fog method, ice crystals are being added to the production solution after sterile filtration. There is a general presumption by the FDA that, after sterile filtration and filling of a product into a vial, nothing else will be inserted or added. The use of the ice-fog method may thus present additional regulatory hurdles.

With respect to the two pressure-drop methods, production-scale lyophilizers are designed to withstand sterilization with pressurized steam and, therefore, also the pressures needed for controlled nucleation. Investment would, however, be needed to obtain lab-scale lyophilizers with this capability. There are also differences between the two pressure-drop techniques. Over-pressurization followed by release leads to vials that are at atmospheric pressure. With evacuation from atmosphere, the vials end up at low pressure, and evaporation/sublimation in some vials may occur, leading to heterogeneity.

SP Industries has developed controlyo®, a controlled nucleation system based on the overpressure method.

SP Industries has developed ControLyo®, a controlled nucleation system based on the over-pressure method. A sterile inert gas is used to pressurize the chamber to 28-30 psi and then released. Once the pressure is back to the atmosphere, the freezing cycle is completed.

When ControLyo® is used for aseptic lyophilization, freezing times are shorter and cake uniformity and appearance are improved because uniform freezing occurs in each vial. The uniform formation of larger ice crystals allows for shorter drying times due to the larger pathways for release of water vapor. There is also reduced likelihood of vial blowout. Breakage rates are typically lower, even for formulations containing mannitol. In addition, dissolution times before administration are also reduced.

In addition to ControLyo®, SP Industries offers a suite of scalable lyophilization technologies that provide line of sight from formulation development to cycle development and all the way through clinical trials and into production. This includes our software solutions; the same suite of tools can be used throughout all phases of drug development and manufacturing, making for truly seamless technology transfer.

LyoFlux® (a registred trademark of Physical Sciences Inc, Andover, MA) tunable diode laser assisted spectroscopy (TDLAS) enables real-time monitoring of lyophilization processes, including batch average temperature, cake resistance and the heat environment of the vials (Kv) to characterize the performance of the freeze dryer. The ability to obtain more homogeneous batches using ControLyo® makes it possible to use the data generated from this non-invasive technique. The information can be used to more easily scale processes up or down and identify sources of problems, should they occur.

Customers of SP Industries are using ControLyo® to take products into clinical trials that would not have been possible without access to this controlled nucleation technology. As biologics become increasingly complex and more challenging to lyophilize, controlled nucleation will become an essential technology. The capabilities of ControLyo® have already been clearly demonstrated, and we are excited to help even more customers overcome future challenges. 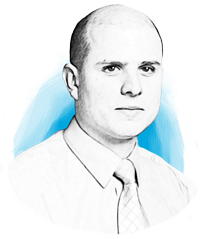 Mr. Darrington re-joined SP Industries in 2017 and leads the Product Management team delivering, developing and scouting the solutions and technologies that enhance pharmaceutical scientists and production teams’ efficiency and quality.  He has a deep insight into laboratory and production technologies gained from 21 years’ experience within the chemical and pharmaceutical industries, and within life-sciences research – and drawing on these to develop automation solutions for process mixing, blending and particle size reduction and laboratory automation covering areas as diverse as microscopy, evaporation, and freeze drying.  He holds a BSc in Biology from Southampton University and a MBA from de Montfort University.

Abzena, Alira Health, and Oncodesign Launch DRIVE™-Biologics To Support Access to Specialist Services From Discovery to Clinical Development for Oncology and Inflammation