It’s 7 pm: Did You Pick Up your Prescription?

You’re not alone if the last thing you want to do is drop by the pharmacy and wait in line. Trouble is, not picking up that script is a silent epidemic killing thousands of people and costing billions of dollars.

There’s a prescription waiting for you at the pharmacy.

And if you’re like most Americans, it’s been waiting a few days longer than it should be. One research company found that 25 percent of patients don’t get their refills on time, and the CDC reports that between 20 to 30 percent of all new prescriptions are never even filled.

So what? Skipping a day isn’t really going to hurt anything, is it? And we all lead busy, complicated lives and waiting in line at a pharmacy is not in the calendar. Perhaps it’s a matter of arranging transportation or getting time off work during pharmacy hours. Maybe it’s a simple choice between the inconvenience of going to the pharmacy and doing something more constructive. Sometimes putting everything else on hold just to pick up that prescription is unrealistic and impossible.

It’s also killing people. And increasing the cost of healthcare.

Not taking prescriptions – and not picking them up from the pharmacy in the first place – is called Medication Non-Adherence, and it’s a silent killer, also known as “America’s other drug problem.” Astonishingly, there is almost zero awareness about the issue.

The New York Times calls Non-Adherence an “out of control epidemic” that affects more people in the U.S. than just about any disease. According to the World Health Organization (WHO), 125,000 people with treatable ailments die annually in the U.S because of Medication Non-Adherence. The WHO found that 10% to 25% of hospital and nursing home admissions result from patient noncompliance and that approximately half of the prescriptions filled for chronic diseases – in developed nations – are not taken correctly. According to the Annals of Internal Medicine, Medication Non-Adherence costs up to $289 billion a year. Much of that cost is from avoidable hospitalizations due to non-adherence.

One would think that such a stark reality would be headline news, but it’s not. The fact that it’s largely viewed as a patient problem, and not a health system issue, exacerbates the cultural and behavioral differences toward treatment, access, and understanding. The result is that solutions are limited to pharmaceutical brochures and PowerPoint presentations that ignore the foundational issues wrought by an outdated fulfillment system and pharmacy business model.

An Effective Solution that Saves Lives – and Money

The reasons for non-adherence are varied and complicated. According to the Mayo Clinic, most fit within the following categories:

Ultimately, the issue of Medication Non-Adherence is symptomatic of a health system that insists on forcing patients to fit their lives around an inconvenient and culturally insensitive model of medication access and delivery.

Today’s health system must attack the issue of primary non-adherence on a multitude of fronts, starting with making it easier for patients to access their medications through the democratization of pharmacy: free, same-day delivery should be the minimum standard.

Consider what some studies have shown about something as simple as home delivery: In a study from Kaiser Permanente, researchers found that patients picking up prescriptions from traditional pharmacies adhered to their medications only 47 percent of the time, while those receiving medications at home were adherent 74 percent of the time. Another study, measuring adherence with Medicare Part D patients, found that adherence for those using home delivery was consistently higher than for patients using retail. Home delivery had 23 percent more adherent patients than retail, (91 percent vs. 68 percent).

And yet, in 2018, an estimated 140 million prescriptions were never picked up.[1] While it is true that affordability contributes significantly to prescription abandonment, lack of transparency on pricing, access to coupons and actually getting to the pharmacy also have an impact. This is a $290 billion problem that begs for an answer as simple as tech-enabled prescription fill, a mobile phone and a home delivery fleet.

Patients forgetting to take their medication - or letting enough time lapse from physician scribble on paper to finding the time to get to the pharmacy, that they just let it slip - also contributes to non-adherence and what could be simpler than an alert on a mobile phone? Or a process so streamlined and automated that the prescription goes directly from physician to tech-enable pharmacy to patient's door in just a few hours – and a modern pharmacy with a robotics-driven fill-process so efficient that pharmacists can answer a patients’ question on the phone or by chat on the first or second ring? And what if that modern pharmacy had an intelligent auto-coupon software feature that, identifies medications by industry code and automatically matches it with available manufacturer coupons, allowing customers to save on their medications?

Pharmacy is the only multi-billion-dollar industry still trapped in a decades-old model, where waiting in lines remains the standard. Yes, mail delivery has moved the needle slightly, but lag time remains and multiple medications are not eligible to be delivered through the post.

Moving the needle in a significant way demands pharmacy services that offer a streamlined and tech-driven refill process, along with a text/call reminder. This, combined with the appropriate level of education from physicians and pharmacists (who could have the time because of new technology), just might move the needle on this tragic, billion-dollar crisis.

Let’s start by making prescriptions available to patients how, and when, they’re best able to get them. We should not expect them to fit within a decades-old system. Rather, we as an industry ought to always fit into patient needs and requirements. That starts with a baseline expectation of free and same-day delivery.

It’s something we can solve by changing our perspective on how things ought to be – and we believe that means moving pharmacy away from the stand-and-wait model of prescription delivery -- and to a new future of tech-driven, on-demand, speedy patient medication fulfillment. 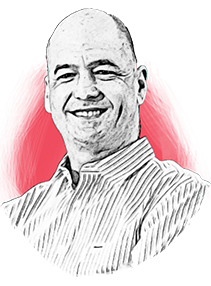 Cary Breese is the CEO and founder of NowRx, an on-demand pharmacy that has re-engineered the way prescriptions are filled and delivered by providing free, same day, door-to-door delivery from its robotics-enabled facilities equipped with logistics and AI that enables it to do the work of 10+ pharmacies. A multiple time startup CEO with an expertise in technology, healthcare and financial services, Breese has also served as the CEO of database software startup GenieDB, and holds a B.S in Electrical Engineering from Drexel University.

How Artificial Intelligence May Drive the Future of Clinical Trials

Medisafe Partners with Merck KGaA, Darmstadt, Germany to Improve Adherence for Patients with Cardiometabolic Disorders in Russia, Mexico and Brazil