Clinical trials play a critical role in extending scientific research from the laboratory and model systems to human biology. Arguably the most critical step in taking a drug to market, trials contribute to a rigorously controlled, generalizable body of knowledge about biology with new treatments seeking to improve human health. In general terms, clinical trials focus on determining the safety and efficacy of putative treatments and drugs, both overall and in comparison with existing treatments. Though it is impossible to rigorously evaluate safety or efficacy without testing in human volunteers, doing so exposes these volunteers to health risks, though in the name of providing benefits to broader populations. To protect clinical trial participants against exploitation, it is critical that clinical trials are subject to stringent guidelines and that pharma companies and contract research organizations proactively develop and update their own ethical standards.

Following notorious cases of unethical clinical practice, the 20th century saw the enactment of many influential codes of medical ethics and regulations, both in the United States and internationally, notably including the Nuremberg Code (1947), the Belmont Report (1979), the U.S. Common Rule (1991) and the Declaration of Helsinki (2000).

These regulations and others led to the codification of seven principles for ethical conduct in clinical research:

1. social and clinical value: that the relevant research question is valuable enough to justify exposing human subjects to risk;

2. scientific validity: that the study is properly designed to provide useful information;

3. fair subject selection: that participants be chosen in a way that minimizes risks and maximizes benefits across demographic groups, without arbitrary exclusion;

4. favorable risk–benefit ratio: that while some risk is inherent to clinical research, care is taken to minimize risk wherever possible;

6. informed consent: that participants are fully informed about a study’s purpose, risks and benefits and their relevance to their own health status and make a voluntary decision to participate without coercion; and

7. respect for potential and enrolled subjects: including maintaining confidentiality, monitoring welfare, allowing participants to withdraw from the study, and informing them of the results.1

The wide adoption of these guidelines has shaped the manner in which clinical research is conducted, benefitting both clinical trials participants themselves and the quality of the resulting data. Although, in most cases, a clear way forward is evident, there remain areas in which current clinical trial practices can be optimized to address a wider range of ethical considerations. 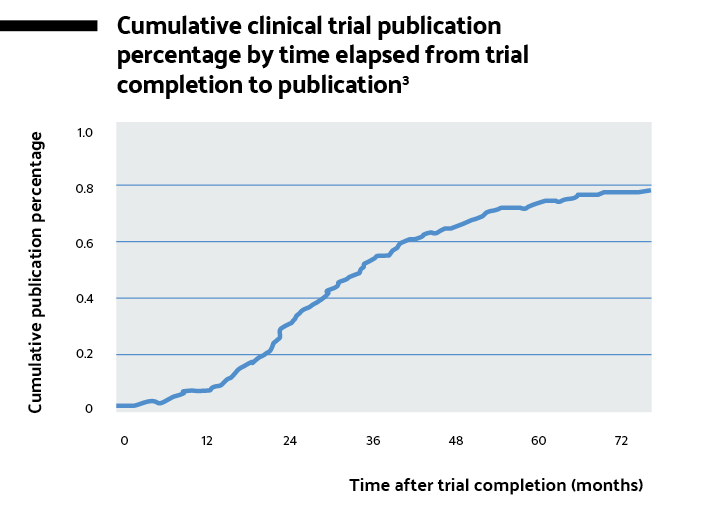 One such concern in clinical trials, which allows for clear remediation, is the underreporting of results — specifically, the relative rarity of publication of negative results in which the desired outcomes (e.g., safety, efficacy) were not met. Historically, researchers had full discretion in regard to what results to publish. As null results have previously been considered inconsequential and uninformative, they are rarely published, in spite of the potential impact on trials going forward.

In reality, negative results are fundamentally as informative to the broader scientific community as positive results. Failing to publish negative results can lead to unnecessary duplication of the study, thereby putting additional patients at risk by exposing them to a treatment that will ultimately fail to succeed.

Exclusively publishing positive clinical trials can muddy the evidence base by obscuring important safety and efficacy information and perpetuating knowledge gaps. This can retard drug development and lead to continued allocation of resources toward developmental dead ends.2 Additionally, there are ethical considerations in regard to the researchers’ obligations to the trial participants, who volunteered in the belief that they were contributing to scientific knowledge and helping improve lives. As such, failure to report trials results runs contrary to several key ethical principles: social and clinical value, informed consent and respect for enrolled subjects.

For decades, regulatory bodies — including the U.S. Food and Drug Administration (FDA), the National Institutes of Health (NIH) and the World Health Organization (WHO) — have advocated for more complete publication of clinical trials data. The real push for transparency began in the United States in 1997 with the passage of the Food and Drug Modernization Act, which established the NIH registry ClinicalTrials.gov and mandated that all trials be registered within 21 days of recruitment. Reporting of trial results did not become mandatory until the passage of the Food and Drug Administration Amendments Act (FDAAA) in 2017. The WHO took a similar approach by creating the International Clinical Trials Registry Platform in 2005, and the European Union Clinical Trials Register requires publication of trial results within one year of completion.

Despite these regulatory actions, lax enforcement of the requirements has prevented a full reversal of the trend of underreporting of clinical trials results. A cross-sectional analysis of published literature by Jones et al. found that nearly a third of all large-scale clinical trials registered before 2009 were never published; 78% of these unpublished trials failed to report results on ClinicalTrials.gov.3 A 2014 meta-analysis by Saito and Gill4 found that 29% of trials randomly selected from the NIH registry failed to publish results within four years, well beyond the one year mandated by the FDAAA. In Europe, the EU Trials Tracker reported that 51.9% of registered trials fail to publish within the required one year, overwhelmingly due to results being negative.

There is a growing sentiment that researchers conducting clinical trials have an ethical obligation to publish their findings, regardless of whether they are positive or negative. As pharmaceutical companies continue the upward trend of outsourcing activities to specialized companies along the supply chain, many choose to delegate the bulk of the clinical trial duties to contract research organizations (CROs). This evolving environment of strategic partnerships between pharma companies and CROs may create new collaborative opportunities to standardize the publication of clinical trial results. In order to positively impact both the industry and patient lives, the industry must reform from the inside and prioritize reporting.

A cross-sectional analysis of published literature by Jones et al. found that nearly a third of all large-scale clinical trials registered before 2009 were never published; 78% of these unpublished trials failed to report results on ClinicalTrials.gov. 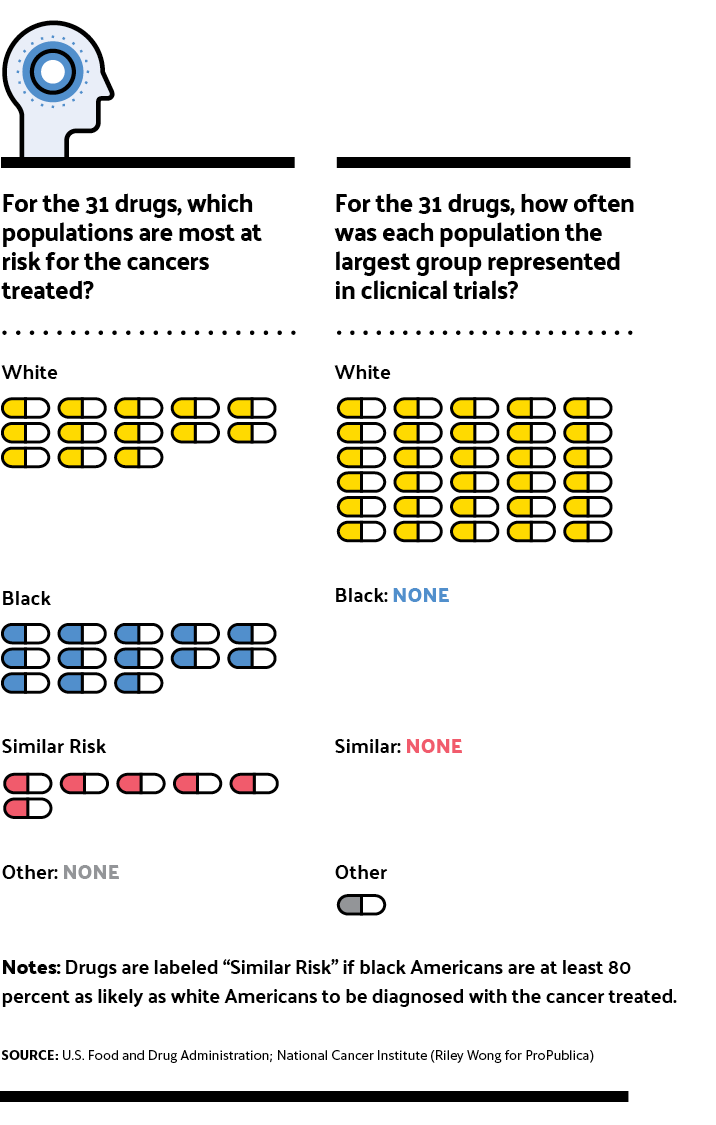 While significant progress has been made in recent decades to meet the guideline for fair subject selection, there continue to be issues of underrepresentation in clinical trials, both for minority groups in U.S. clinical trials and for racial and ethnic groups internationally.

The groups that are the least fairly represented in clinical trials are African-Americans in U.S. trials and Africans overall in international trials. A 2018 ProPublica study found, in trials for 24 of the 31 oncology drugs approved over the previous three years, less than 5% of trial subjects were African-American, despite black Americans making up 13% of the U.S. population.5 This underrepresentation is made more significant by the fact that African-Americans have the highest death rate and shortest survival rates of any group in the United States for many classes of cancer.6 Globally, as few as 2% of cancer clinical trials are conducted in Africa, home to 17% of the world’s population.7

When considering specific cases, the issues regarding representation are even starker. In 2015, a new drug for multiple myeloma was approved by the FDA following promising trial results. However, in that trial, which had a cohort of 722 patients, only 13 (1.8%) were African-American, despite the fact that African-Americans comprise 20% of the American population suffering from the disease. Demographic underrepresentation in a clinical study of a group that is overrepresented in the patient population muddles the fair subject selection guideline for ethical conduct and may also distort the validity of results.

While people of African descent face the lowest representation in clinical trials globally, African-Americans are not the only group that remains underrepresented in U.S. clinical trials. While Asians are well represented in international trials, Asian Americans account for less than 2% of U.S. trial participants, despite accounting for 6% of the population. Similarly, Native Americans and Alaska Natives, who make up 2% of the U.S. population, were not represented at all in 70% of clinical trials. These findings suggest certain ethnic groups may be underserved both by trials and even eventually approved drugs.

It is critical that all organizations performing clinical trials make additional efforts to achieve fair subject selection and representation in trials. Many current efforts at different scales, from hospital community access and engagement programs to the international African Access Initiative and its industry partners, including Pfizer and Takeda, are making inroads into this problem. Broader trends in clinical trials logistics hold promise in achieving fair representation. Logistics partners like Marken are helping to update the center-based clinical trials paradigm with decentralized, virtual and hybrid clinical trials models including direct-to-patient/direct-from-patient (DTP/DFP) nursing networks that can treat participants in their homes, minimizing existing geographic and economic barriers to clinical trials participation.8 Emerging technological innovations, such as wearables, can not only improve data gathering and reduce costs in clinical trials, but also expand access to underrepresented groups.

Clinical Trials as a Therapeutic Option

There continue to be ethical complications associated with how clinical trials are advertised and promoted to prospective participants, including to those lacking medical insurance. Increasingly, uninsured patients are drawn to clinical trials as a means to access healthcare options that they are otherwise unable to afford. On one hand, it would be unethical to exclude uninsured volunteers from participating in clinical trials, particularly given the acute medical need. However, their inclusion creates the possibility of exploitation, as they must accept a certain amount of risk, receive at best only short-term benefits during the trial, and then are less likely than insured patients to ultimately benefit from the results of the clinical research. One solution currently being explored by pharmaceutical companies is to offer post-trial access to treatment (either the trial drug or standard of care) for trial participants. Such voluntary moves within the industry to go above and beyond current ethical practices to respect and support trials subjects demonstrate clear solutions to these issues, and, with some regulatory guidance, this practice could become universal.

A related ethical issue concerns the way in which medical centers advertise clinical trials to prospective volunteers and the ways in which participants are recruited. There has been a recent upsurge in television, online and billboard advertising that may distort the reality of clinical trials to a patient audience. Enticing volunteers with the suggestion that participation is truly a therapeutic option violates the concept of clinical trials and obscures the reality that few new drugs show superior efficacy to existing treatments and that many are, in fact, ultimately harmful to patients. Advertisements must reflect the fundamental mandate of clinical trials, replacing anecdotes with rigorous, controlled evidence, and stress informed consent so that volunteers do not approach trials with fixed preconceptions about likely therapeutic benefits.9

Such voluntary moves within the industry to go above and beyond current ethical practices to respect and support trials subjects demonstrate clear solutions to these issues, and, with some regulatory guidance, this practice could become universal.

When compared with the ethical issues that characterized the first century of clinical trials research, the issues outlined above are relatively minor, and many options to resolve them are apparent, including increasing regulatory enforcement of the requirements to publish trial results, increased outreach to underrepresented groups and the potential for expanded access via virtual trials. Pharmaceutical companies, medical centers, and academic researchers who seek to optimize their ethical conduct and work to address these issues will protect the well-being of participants and ultimately perform better science. 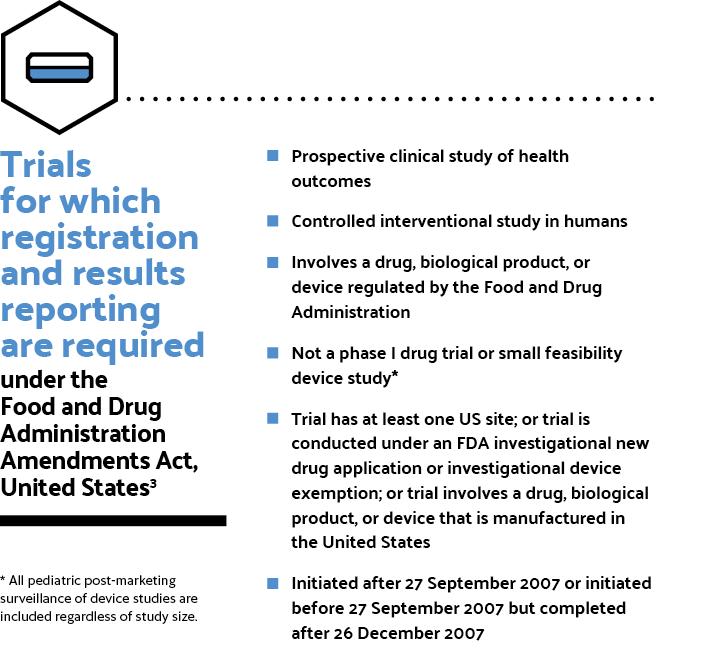 COVID-19: A Look at the Virus, its Epidemiology, Therapeutic and Vaccine Development Efforts and Impacts of the Pandemic