Demand for Butadiene Driven by the Asia Pacific Market

Invented during the World War I, butadiene is a versatile raw material used as a primary compound for the production of rubber, plastic, latex, and polymer, among other synthetic materials. Produced as the byproduct during the olefin and ethylene steam cracking processes. This highly reactive, non-corrosive gas (1,3 butadiene) is condensed at very low temperature for commercial and industrial applications. The product has no consumer applications. However, the market for butadiene is witnessing steady rise with growing applications from different end-use industries.

Butadiene is one of the most important chemical feedstocks. It acts as a predecessor for numerous chemicals and processing materials. As a result of this, the product is considered one of the most vital chemical intermediates. This monomer is polymerized for the production of synthetic rubber. Polybutadiene has a high resistance—because of this, around 70% of the global production is used for automotive tire manufacturing. A large portion of it is also used as a plastic additive, to enhance impact resistance of acrylonitrile butadiene styrene (ABS) and polystyrene. ABS provides resistance to chemicals and it also offers rigidity, which is why the product finds applications in medical devices like inhaler containers.

Styrene butadiene rubber (SBR) or synthetic rubber is another vital derivative of butadiene. It has replaced natural rubber across numerous applications for the stability, resistance, and strength it offers. Butadiene is also used for the production of adiponitrile, sulfolane, and chloroprene. It is also used for the industrial production of 4-Vinylcyclohexene and styrene butadiene latex. The latexes and rubbers manufactured using butadiene are then utilized to produce gloves, foams, plastic materials, automotive tires, wetsuits, seals, gaskets, waders, hoses, paper coatings, carpets and many other such products.

The Quest for ‘Safe’ Butadiene

According to the International Agency for Research on Cancer or IARC, butadiene is a listed known carcinogen— or, a substance that can cause cancer in living tissues. The product is not supposed to be present in plastics and polymers made using butadiene. Human exposure to butadiene is possible through direct inhalation or by exposure in the air, caused by off-road and on-road vehicles—cigarette smoke is also a major source and workers in butadiene manufacturing plants are vulnerable to the occupational exposure.

Various studies of butadiene epidemiology link the chemical to different types of cancer, birth defects in laboratory animals and issues with reproductive organs of laboratory rats. However, the exact factors causing cancer have not been determined, primarily because the workers exposed to butadiene are also exposed to many other chemicals. Butadiene vapors can accumulate in places that are poorly ventilated and can lead to asphyxiation– the state of being unconscious due to lack of oxygen. Direct contact to the product can lead to issues like skin and eye burning. Due to all these safety concerns, finding a safer way to manufacture, store, and use butadiene has become vital.

The Occupational Safety and Health Administration or OSHA has set certain permissible exposure limits (PELs) for occupational exposure. As per OSHA, action Level of 0.5 ppm (or 8-hour time-weighted average (TWA) is the set limit for exposure for professionals. Major manufacturers of the product including BASF, Exxon Mobil Chemical Company, Royal Dutch Shell Plc, Braskem S.A., and Lyondell Basell Industries N.V. (among others) have developed butadiene compliance manuals that assist them to put a tab on the usage and exposure to this chemical. This compliance applies to every worker in the organization working in maintenance, operations, instrumentation, or those working in the area where they can get exposed to butadiene.

Since almost all the butadiene is a byproduct of the steam cracking processes, especially ethylene steam cracking, the product is expected to witness a major downfall in near future. Use of advanced production technologies and reducing feedstock of ethylene may create problems when it comes to production of butadiene. This factor is anticipated to impact the demand from developed regions like Europe and North America. While Europe and North America are witnessing exacerbated supply of the product, their developing counterparts are expected to witness high demand in the years to come.

Despite the safety issues associated with handling, storage, and exposure, butadiene production and demand for its derivatives—like polybutadine—are witnessing an upward trend. This is mainly due to the rising requirement from emerging economies. In fact, according to researchers, Asia Pacific is anticipated to emerge as the fastest growing consumer of the product. Countries like Brazil may also register significant rise in demand in the near future. The rapid industrial boom and growth of the automotive industry may impel demand from Asia Pacific in the forthcoming years.

APAC is the largest butadiene market while China is the leading producer. Rapid industrial growth in India and China has contributed to a boost to the market, however, safety issues and the scarcity of raw materials is forcing the industry players to increase the prices of the product. To put this into perspective, in February 2018, BASF announced a price hike for Styrene butadiene rubber (SBR) and acrylic polymers. The company made this decision due to a steady rise in the cost of raw materials and logistics.

Booming construction and automotive sectors are expected to create growth opportunities for the butadiene market in the years to come. Despite a steady rise in demand from regions like Asia Pacific and parts of Latin America, health concerns and scarcity of the product remain major threats to the market. To overcome these challenges, some of the major market participants are spending on research and development to discover bio-based raw materials.

For instance, ETB Catalytic Technologies recently developed a one-step butadiene producing process using ethanol. In another similar development, the researchers at the Universities of Delaware, Minnesota and Massachusetts have developed a process to develop biomass into butadiene. Such projects can create opportunities for business and sustainability for this industry on long-term basis. 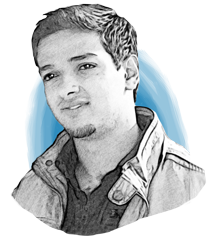 Piyush has more than four years of experience spanning across various functions of market research, business intelligence, consulting and strategy building. He currently leads a vertical chemicals & materials practice and looks over various client sponsored & syndicated projects as well as consults and due diligence studies within Grand View Research (GVR).