Evolution is Essential in the Dynamic Pharmaceutical Industry

The pharmaceutical industry is defined by constant change and evolution. At present, significant drivers of change include the movement of manufacturing back to the West, pricing pressures, supply chain challenges, and a shortage of talent. Successful CDMOs, such as Seqens, ensure growth by adopting flexible business models and adding new technologies and manufacturing processes to meet a variety of demands.

Among the most significant external pressures are government regulations, which are in constant flux. Health authorities and environmental and safety regulatory bodies continue to implement stricter requirements for drug development and manufacturing. Federal governments are also major purchasers of drug products, resulting in significant politics around pricing and healthcare systems. Often, misperceptions and misunderstandings lead to proposed legislation that can negatively impact the industry and consumers.

The long-term, high-cost nature of drug development and commercialization is also at odds with how financial markets operate, with investors generally seeking immediate, short-term gains. Advances in science and technology are also fundamental to the success of the biopharma sector; but at the same time, the industry must remain conservative due to the severe consequences associated with safety, quality, and efficacy issues.

Movement of Manufacturing Back to the West

One positive trend for the U.S. pharmaceutical industry is the resurgence of domestic API and drug product manufacturing. This movement is opposite to what occurred in the mid-2000s, when the consensus in the industry was that all raw material, intermediate, and contract API manufacturing in the future would take place in China and India.

No one predicted, however, that the U.S. FDA would dramatically increase quality regulations, making it more difficult to meet compliance required for pharma manufacturing. Nor was it predicted that the agency would increase inspections using a risk-based approach, leading to a focus on many overseas facilities with low costs and low quality levels. The heavy scrutiny led to the prevention of many of these suppliers from exporting products to the United States.

At the same time, U.S. companies were finding that countries, such as China, were becoming aggressive at accessing the sophisticated and advanced technologies being brought in by Western firms, whether through illegal or government-sanctioned means. Managing projects thousands of miles away, particularly in light of increasing regulatory requirements, also meant that projects took longer, which translated into greater costs. Wages and shipping costs were also rising. The shrinking cost differential — coupled with IP challenges — has resulted in a much more level playing field.

And even though U.S. and European contract manufacturers are in many respects viewed as equivalent in terms of cost, quality, and reliability, distance is still a factor in the choice of service providers. With increased regulations and the more advanced technological development required for many projects, there are significant advantages for pharma sponsors that are physically closer to their development partners.

Indeed, even though there are significant funds available for investments, most companies strive to be as efficient as possible with those resources. They want to closely manage their projects by working with nearby contract research, development, and manufacturing partners to ensure that their drug candidates will receive favorable reviews from the FDA or other health authorities. The few hundred thousand dollars that might be saved by using a service provider in Asia cannot make up for the catastrophic losses that occur when a regulatory review results in the need for more work rather than an approval.

Issues with drug pricing have in large part resulted from the lack of understanding on the part of the general public and lawmakers of the difference between branded and generic products. The generic industry has been experiencing falling prices, greatly due to market competition, for nearly three years — with few exceptions.

Although the industry is designed to prevent monopoly situations from arising, there are cases where changes in regulations end up creating monopolies. These cases receive public attention, but do not present the real picture of the generic industry, where prices have eroded significantly, placing tremendous pressure on the system.

Branded drugs, meanwhile, cost hundreds of millions of dollars to produce and 10–15 years to bring to market, with drug companies challenged to get them accepted into insurance company formularies. To be successful today, a new drug must provide a measurable benefit that leads to improved patient outcomes; marginal improvements tend to be insufficient.

Breakthrough therapies, however, are very expensive to develop, and pharma companies understandably seek to recoup their investment during the patent life of these products. This means that certain new drugs carry annual costs for patients in the tens to hundreds of thousands of dollars. Even though they lead to improved outcomes, the high costs can make it difficult for insurance companies and hospitals to support their use.

Issues with drug pricing have in large part resulted from the lack of understanding on the part of the general public and lawmakers of the difference between branded and generic products.

Globalization of the Supply Chain

While manufacturing of more sophisticated products is moving back to the West, most of the basic raw materials used for the production of registered pharmaceutical starting materials and pharmaceutical intermediates remain in Asia, particularly in China.

When the Chinese government began closing down production facilities that did not meet minimum environmental performance requirements, a ripple effect was observed across the pharmaceutical industry. Many key raw materials became difficult or impossible to obtain. Pharma manufacturers have taken various steps in response, from bringing raw material production in house to contracting with other service providers to substituting with alternative materials.

This experience has raised concerns about the dependence of the United States on Chinese manufacturers for many APIs and finished drug products, particularly in certain therapeutic areas, such as antibiotics. Nearly all of the antibiotics used in the West today are produced in China. If the Chinese government ever made a move toward the U.S. pharmaceutical supply as it did with Japan and rare earth metals, which significantly affected the Japanese electronics industry, it would take years to establish domestic manufacturing capability, and the health of the nation would be in danger.

The U.S. Congress is looking at this issue, but it is questionable whether there is sufficient political will to make the necessary changes. The FDA has always been agnostic as to the sourcing of materials across the pharma supply chain as long as its quality requirements are met. In nearly every other country, the government, regulatory bodies, and industry work together to promote the success of the pharma sector in support of national health.

Both Congress and the FDA need to view China as an adversary and take steps to ensure the supply of crucial medicines. The FDA should identify the top 100 drugs that could be at risk, find producers to provide them (giving preference to domestic manufacturers), and coordinate with the strategic stockpile to create an artificial market. The only way to solve this problem is for the FDA and Congress to act in collaboration with the industry.

While manufacturing of more sophisticated products is moving back to the West, most of the basic raw materials used for the production of registered pharmaceutical starting materials and pharmaceutical intermediates remain in Asia, particularly in China.

Seqens has evolved its business over the last 10 years and is positioned for continued success and growth. Our U.S. location in Newburyport, MA, began as PCI Synthesis. From the beginning, we adopted a dual strategy involving the production of generic APIs and the contract manufacture of new chemical entities (NCEs) for a wide customer base. This approach has served us well as the health of each sector has come in and out of favor at opposite times. The generic space has reached a low point due to drastic price declines. Meanwhile, the CDMO sector is very healthy, owing to increasing investment in emerging and specialty pharma and biotech firms that have limited resources and rely heavily on outsourcing of R&D and manufacturing activities.

As part of Seqens, we have further increased our flexibility. With access to facilities located around the world that have varying technologies, capabilities, and cost structures, we tailor solutions for our customers. Our generic API business is able to focus on products with lower volumes that perhaps have faced regulatory problems or raw material or processing issues that have made them unsuitable for production at overseas CDMOs.

We are also constantly listening to our customers and continually responding to their needs. Most recently, we established a separate R&D group focused on the development of new materials and polymers, including those used in medical devices or in conjunction with APIs, nanoparticles for drug delivery, and other applications. This group is leveraging relationships with multiple new technology companies spun out of Harvard and MIT.

As we go forward, Seqens will add more new equipment, new technologies, and new processing platforms in order to continuously reinvent ourselves. This form of evolution is essential for ensuring that we stay at the forefront of the pharma industry and achieve further growth. 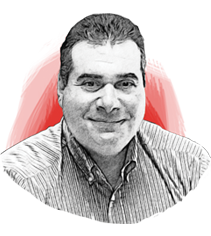 With more than 25 years of experience in chemical operations, engineering, and cGMP manufacturing, Ed Price has grown PCI Synthesis from a basic chemical manufacturer into the leading CMO that it is today as part of Seqens-North America. As an industry thought leader, Ed also serves as a co-chair of the New England CRO/CMO Council and sits on the Industrial Advisory Board for the Department of Chemical Engineering at UMass, Amherst. Prior to founding the company, Ed served in numerous positions at several leading custom chemical manufacturers, including ChemDesign and PolyOrganix (previously Borregaard Synthesis). He holds a BS in chemical engineering from the University of Massachusetts, Amherst, and completed graduate studies in chemical engineering at Texas A&M University.