Successful CAR-T treatments burst onto the immuno-oncology [IO] scene earlier this decade, and their compelling clinical data for blood cancers (overall remission rates above 50%) led to rapid regulatory approvals for Yescarta (Kite–Gilead) and Kymriah (Novartis) beginning in 2017. These approvals helped accelerate the growth of cell therapy clinical trials (now over 1,000 worldwide) and financings, which increased 73% to $13.3B in 2018.

However, first-generation IO cell therapies are of the “patient-specific,” autologous variety, which require a logistically complex, two-week, costly manufacturing process that ultimately drives pricing to greater than $350,000 per patient. Additionally, there are identified safety risks, including neurotoxicity, the now controllable — but nevertheless violent — cytokine release syndrome. There are also concerns about the continued use of viral vectors to perform the genetic reprogramming of T cells. However, the future for advanced therapies is bright, with next-gen IO products in position to overcome those issues while expanding indications to solid tumors. Beyond oncology, cell therapies and 3D bioprinting techniques are in development with the potential to revolutionize fields from neurology to transplantation.

The FDA estimates that, by 2025, there may be 10–20 new cell and gene therapies (C/GT) approved per year. Some of those will be in IO, where the switch from autologous treatments to lower cost “off-the-shelf” (allogeneic) products may be realized. Strategies to “go-allo” include the use of alternative cell types. Natural killer (NK) cells, macrophages and induced pluripotent stem cells (iPSCs) plus new gene-editing tools are facilitating the creation of creatively named “Armored CARs,” “TaNKs,” and other next-gen products, which have the potential for greater efficacy and lower costs. Additionally, new “non-viral” gene delivery methods (e.g., transposon systems, mRNA technologies and synthetic DNA nanocarriers) provide new capabilities while improving safety.

Meanwhile, outside the field of oncology, allogeneic mesenchymal stromal cell (MSC)-based therapies continue to make slower yet steady progress for indications ranging from Crohn’s disease (EMA approval of TiGenix–Takeda’s Alofisel in 2018) to multiple sclerosis, ischemic stroke and congestive heart failure (note Mesoblast’s active 600-patient phase III trial). CRISPR and other gene-editing tools hold significant promise for MSC use in inflammatory disease indications, too. Some innovators even seek to use those tools to modify MSCs to turn them into “drug delivery systems,” given the cells’ innate ability to “home” to sites of immune dysfunction.

The development of iPSC-based cell therapies is yet another promising category. The field was catalyzed by Bayer/Versant Ventures’ enormous $225M Series A investment that created BlueRock Therapeutics in 2016. Leading with a dopaminergic neuron product, BlueRock hopes to address critical unmet clinical needs in Parkinson’s disease, among others.

Biofabrication – the Next Big Thing in Biologics?

With 20 people dying in the United States each day waiting for an organ transplant, the need for alternatives to organ donations grows unabated. Fortunately, technologies are continuing to emerge that combine bioinks (cells), biopapers (scaffolds), bioprinters and other materials to create biofabricated tissues. This will be a challenging task, no doubt, but a number of companies already have active development programs underway, including Biostage’s work on a lab-produced esophagus, Orgenesis’ liver constructs, and United Therapeutics’ endeavor to build the XenoLung.

The Future of Biologics M&A Activity

The past appears to be the prologue for advanced therapies. Like monoclonal antibody deals in the late 2000s, cell therapy deals are ramping in the back half of this decade, recently punctuated by BMS’ $74B pickup of Celgene. The heat is on in biologics manufacturing M&A, too. Danaher grabbed GE’s BioProcess business for $21B to pair with their Pall Life Science holding. Meanwhile, a couple of CDMOs made grabs for viral vector capability and capacity. Thermo Fisher shelled out $1.7B for Brammer Bio, and Catalent paid $1.2B for Paragon Bioservices, within weeks of one another. It is remarkable that Paragon had only just held the grand opening of its new viral vector facility four days before its deal with Catalent was announced.

It’s hard to imagine the field getting any hotter over the coming years. However, with therapeutic proteins far from “mature,” cell and gene therapies just entering the growth stage of their life cycle and the field of biofabrication hardly even out of the gate, there’s almost certainly much more to come. So, hold on to your hat: there is plenty of activity in advanced therapies, bioprocess systems and biologics CDMOs in the forecast. 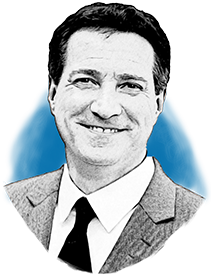 Tom Isett established i.e. Advising in 2015 to support bioprocess organizations with strategy and management insights, and he has advised clients on over $20B in M&A transactions. In addition to having been Head of Cell Processing Technologies for Lonza, he was the founding VP of BD Advanced Bioprocessing and the founder of Commence Bio, a cellular immunotherapy innovator. Mr. Isett received his B.Sc. in biological sciences from Drexel University.