In the two years since the advent of the COVID-19 pandemic, the need to maintain compliance with regulatory rigor around manufacturing standards saw auditing activity move online. In place of on-site visits, virtual checks and inspections were carried out. Some auditors now claim that the tools and adapted services they developed and delivered during the pandemic are sufficiently robust to offer a permanent solution, but deeper analysis reveals that clients are not in favor of this option as a default setting.

Drawing on a new survey conducted in February, Alasdair Leckie, Operations Manager at Rephine Ltd, examines the pros and cons of remote auditing and examines clients’ emerging preferences as they look to the post-COVID future.

Before COVID-19, neither the pharma industry nor its regulators would have contemplated using remote audits to verify that the manufacturing and distribution standards of supply chain partners were being maintained. Not even the suppliers themselves would have expected to be monitored at a distance.

But the past two years have changed everything, as lockdowns, social distancing, and travel restrictions disrupted normal procedures. Rather than curtail audits altogether, causing potential risk to product quality and patient safety, regulators adapted their requirements to ensure that inspections could still take place. As well as allowing a grace period so that marketing authorization holders did not fall foul of compliance requirements, authorities made provision for virtual assessments to be conducted online.

Virtual auditing was only ever intended as a temporary measure, allowing generic manufacturers to continue to qualify and audit their suppliers. Although remote audits offered a convenience that has appealed both to service providers conducting audits that may have lacked suitably qualified local experts on the ground and to suppliers being inspected, for pharma brands and for industry regulators the prospect of standardizing on remote audits in the longer term is untenable.

With the best will in the world, remote inspections cannot go into sufficient detail compared with on-site audits, meaning that there is a risk that something important might be overlooked. That could be something as seemingly innocuous as a cracked floor (which could present a hazard, breaching compliance) to poor levels of cleanliness or haphazard warehouse organization (contamination risk / potential labelling mix-ups). Even in a live remote session with a video link, these transgressions could be missed if cameras are not directed into every corner.

To get a clearer viewpoint of how the industry has adapted its auditing activities and expectations, and the impact this has had, as well as to gauge emerging priorities for a time beyond the pandemic, in February 2022, Rephine conducted research among pharma clients and senior auditors internationally. Of the approximately 30 people we polled, just over half were in the Quality function of pharma companies (the balance comprising professional auditors), and around two-thirds of responses were from Europe, the remainder primarily from Asia — most notably India.

For both respondent groups (clients and auditors), the greatest challenge with remote auditing has proved to be the lack of a site tour to enable that all-important granular insight into facilities and practices. Although there is the potential for some of this to be covered within virtual sessions, in this scenario it is the auditees that are in control of what is shown. There is much less scope for auditors to spontaneously go off plan and explore behind closed doors if they have a hunch about something and want to look into it further.

As a consequence, auditors taking part in the survey cited the restricted scope for real-life face-to-face interaction and the ability to apply their softer skills (e.g., that sixth sense, honed with experience, that something warrants further investigation) as major challenges with remote audits. Specifically, the reduced opportunity to identify non-compliance with required standards was of grave concern for professional auditors.

Clients, too, strongly agreed that this limitation presented a concern, though overall they worried more about technology-based issues, such as a loss of connection potentially preventing or interrupting remote inspections.

A Lack of Trust

There is a lack of trust in remote auditing as a permanent solution, with two-thirds of pharma clients saying they wouldn’t accept a remote-only audit as a means of qualifying a new API supplier. (Auditors responded the same way.) Too much would be left to interpretation, without the option of a physical site visit and a chance to meet teams and assess facilities and processes in person.

For services like packaging (particularly secondary packaging), remote audits felt more tolerable for pharma clients, but for suppliers of active ingredients or finished products indefinite reliance on virtual inspections was unthinkable. The vast majority agreed or strongly agreed that remote/virtual audits were a good temporary solution during the pandemic but ultimately that an on-site audit carries more weight. A sizeable proportion of client QA respondents felt that remote auditing could even require additional resources compared with an in-person inspection (in other words, that it isn’t a more time-efficient or cost-effective option).

How Acceptable is a Hybrid Solution?

In the future, two-thirds of audit clients suggested they would be happy with a hybrid approach to supplier auditing, in which routine aspects, such as sharing and completing documentation, could be done remotely, while on-site inspections took place physically. A third said they would favor a return to 100% in-person audits. Only one client expressed a preference for persisting with remote audits across both the documentation element and physical inspections.

Open responses in the survey suggested that remote auditing might have long-term value for occasional use and in the context of a long-term, trusted relationship, and where standard operating procedures had been shared ahead of time. For auditors, it was felt that any decisions about continued use of remote audits would need to be risk based and would depend heavily on the willingness of auditees to cooperate, for instance in making the right documents and people available.

Where client respondents had themselves played host to remote audits during the pandemic, three-quarters favored a hybrid approach in future, whereby a day on site could be combined with a day providing documentation remotely.

Consolidated Auditing Gets the Thumbs-Up

Almost all favored the idea of working with an independent third-party auditor to generate a single, comprehensive report that could be shared with multiple customers, to reduce risks associated with allowing multiple auditors on site over 1–3 years.

It was through conducting this kind of activity, with strict observance of social distancing, testing, and PPE use, that our own auditors were able to continue conducting on-site audits throughout the pandemic. Although numbers of physical audits halved during 2020 in favor of increased remote activity (and the sharpest reduction in activity was really only during that first global lockdown from March–May of 2020), by 2021, highly accredited auditors located on the ground in target markets were largely back on site — with 82% of inspections conducted in person and just 11% done virtually (compared with a ratio of 72% on-site  / 28% remote audits in 2020).

Whatever the allowances that have been made by regulators during the unprecedented conditions of the past two years, the onus is on all manufacturers and suppliers to maintain regular auditing activity to safeguard patient safety and to maintain their own industry reputation. One of the useful disciplines encouraged by regular inspections is that of being audit-ready (in other words, maintaining consistently high standards) at all times.

Ultimately, whatever the perceived convenience of at-distance documentation sharing and virtual inspections, there is no substitute for the real thing, and remote activity should only ever be seen as a support activity to the main event. Indeed, any auditing firm worth their salt would not put their name to a remote, one-day audit if they could not guarantee its scope and quality and would certainly be looking to complete an additional on-site follow-up audit within a year of any virtual activity.

As 2022 gets underway, what the next phase of the pandemic will bring remains to be seen. In regions with high vaccination rates and reduced hospitalizations, a tentative return to some form of normality is already beginning to take place. In other countries with dense populations and high infection rates, the situation over the coming months is more uncertain. We should re-establish on-site re-audits as soon as is humanly possible, but, until then, the key to maintaining high standards of supplier compliance will depend on continued, tailored vigilance. 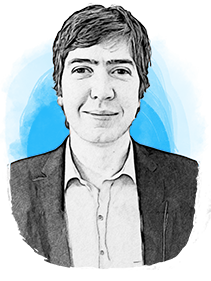 Alasdair Leckie is Operations Manager at Rephine Ltd, a firm of deeply experienced GMP auditors that proactively helps pharmaceutical companies around the world with their supply-chain quality assurance. Alasdair has been with Rephine for nine years and has a bachelor’s degree in chinese and economics from SOAS, University of London.