The Renaissance of Microbial Fermentation

Initially, many smaller biologic drug substances — including recombinant proteins and peptides — were produced via microbial fermentation. However, with the advent of cell-culture systems, interest shifted to mammalian systems to produce larger proteins and antibodies. Now, the introduction of smaller, complex next-generation molecules, such as bioconjugates, antibody fragments and other scaffolds, is once again driving interest in fermentation as an effective manufacturing platform.

State of the Fermentation Market

Just 10 years ago, of the slightly more than 150 recombinant pharmaceuticals approved through 2009 for human use by the FDA and/or the EMA, more than half were manufactured via microbial fermentation using bacteria or yeast.1

Since then, the biopharmaceutical industry shifted to focus largely on the development of mammalian cell culture systems for the expression of antibodies and other large proteins that require posttranslational modifications. In 2018, nearly 70% of biologics production capacity (in terms of volume, excluding blood/plasma products) utilized mammalian cell culture, primarily monoclonal antibodies (mAbs) produced using Chinese hamster ovary (CHO) host cells.2 The other 30% of capacity involved expression in microbial systems, with most processes relying on Escherichia coli.

Interest in microbial production is increasing. Microbial-produced biopharmaceuticals generated revenue of around $100 billion in 2017, and the segment is expanding at a significant 6% CAGR.3

The expansion of the market for microbial fermentation reflects growth across product categories. The market for microbial fermentation for protein drugs increased from $44 billion to a projected $60 billion in 2020, while the markets for peptide hormones and vaccines increased from $18 to $28 billion and from $10 to $19 billion, respectively, over the same period.4 Many large pharmaceutical companies, including AbbVie, GlaxoSmithKline, Sanofi and Eli Lilly, leverage both microbial and mammalian manufacturing for their products, while others, such as Merck and Bayer, rely overwhelmingly on microbial systems.

The rate of outsourcing of fermentation processes to CDMOs is also on the rise.2 The value of the global contract pharmaceutical fermentation services market is predicted to surpass $4.0 billion by the end of 2026, expanding at a CAGR of 5.9%.5 Most biologics CDMOs specialize in either microbial or mammalian system, with only a handful (e.g., AGC Biologics, Fujifilm Diosynth Biotechnologies, KBI Biopharma, Emergent BioSolutions, Northway Biotechpharma) offering both systems.

A key factor in the renewed interest in microbial fermentation for biopharmaceutical manufacturing is the development of next-generation therapies based on smaller biologic drug substances, including antibody fragments, antibody–drug conjugate (ADC) payloads and small peptide fragments. Advances in genetically engineered microbial strains have also contributed to higher yields for biopharmaceutical production.3

When choosing cell culture or fermentation as the manufacturing method of choice, the size of the biologic drug substance is often a major factor, as is whether significant posttranslational modifications (PTMs) are needed.

Microbial fermentation in bacteria, yeast or fungi is generally preferred for smaller biologics (e.g., peptides, proteins, cytokines, growth factors, plasmid DNA, nucleic acids, single-domain antibodies, peptibodies and non-glycosylated antibody fragments). In these cases, processing times are typically much shorter, and media costs can be significantly lower than those associated with cell culture. The microbes are genetically engineered to produce large quantities of the desired biomolecules at concentrations much higher than can be achieved via expression in mammalian cells.

The high-cost, long-development timelines and lower expression levels associated with mammalian cell culture are contributing to the resurgence in interest in manufacturing processes using microbial organisms.6 In addition, most CHO systems are not effective for the production of complex, next-generation drug substances, such as single-domain antibodies, peptibodies and antibody fragments, with the right properties in clinically relevant amounts. Microbial fermentation is a better option in many cases.

E. coli, the most prominent microbe used for fermentation, has been shown to be highly robust and economical for the production of biologic drug substances.1 Saccharomyces cerevisiae and Pichia pastoris are the most commonly used yeasts for pharmaceutical manufacturing. Interest in P. pastoris has grown due to its combination of prokaryotic growth characteristics and eukaryotic-like PTMs; it is used for the production of vaccines, antibody fragments, hormones, cytokines, matrix proteins and biosimilars.1

To prevent the accumulation of the expressed recombinant proteins as insoluble aggregates or inclusion bodies, bacterial expression systems have been engineered to secrete the biologic drug substance into the periplasm or media for more rapid purification at higher yield and with a greater likelihood of obtaining the product in the desired conformation.8

Several companies, including VTU Technology and Research Corporation Technologies, are developing advanced P. pastoris yeast expression systems for the production of drug substances. These microbial platform systems include innovations like promoter libraries that allow for the fine-tuning of gene expression by carefully matching promoters and target genes, as well as the genetic deletion of undesired glycosylation pathways, and the introduction of human-like genes that direct the glycosylation process.

In keeping with the increasing demand for microbial fermentation for manufacturing biologics, we are  expanding our fermentation capacity by installing 3,000-L stainless steel bioreactors at our site in Vilnius. We are also pursuing the development of platform technologies and knowledge to further streamline our operations and reduce project timelines for our clients. 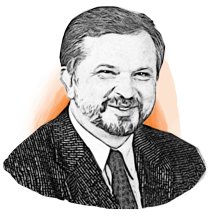 Mr. V.A. Bumelis is the founder and CEO of Biotechpharma – a CDMO organization operating in biotechnology industry at international level. Bearing a professional qualification in Chemistry, V.A. Bumelis is an author of 157 scholar articles, co-author of 32 inventions and patents, as well as developer of pharmaceutical production technologies based on genetic engineering techniques. V.A. Bumelis has earned an acknowledgement in successful business management and is an active player in various social activities.

The Enduring Usefulness of Microbial Fermentation