The Expanding Role for Recombinant Proteins in Research

On this episode of Pharma's Almanac TV, our guest is Dr. Rob Burgess, Chief Business Officer at Sino Biological. Watch the video or read the following interview transcript to learn more about the expanding applications for recombinant proteins and the changing role of contract research organizations.

David Alvaro (DA): Rob, it's a pleasure to speak with you today.

Rob Burgess (RB): Thank you, David. It's a pleasure to be here on Pharma’s Almanac TV. I appreciate the opportunity.

DA: So, Rob, how would you characterize the full impact of recombinant proteins on innovation in biopharma from, you know, therapeutics to diagnostics, reagents, and beyond?

RB: I can tell you that recombinant proteins are really essential for both basic biological research as well as really translational biomedical research. In that respect, I'm referring to the development of therapeutics and diagnostics and even vaccines. We all know that genes code for proteins, and these proteins, they really have different functions. They can be enzymes or transmembrane domain proteins or even signaling molecules. Recombinant proteins allow for scientists really to decipher the function of endogenously expressed proteins. So, researchers can perform really in vitro– and in vivo–based studies to elucidate the function of proteins using recombinant proteins. And this allows them to discover really basic biological pathways at both the cellular level and the macro level as well. And I think, from a therapeutics perspective, many therapies are designed to either enhance the function of an endogenous protein — to abrogate or inhibit it. And those are designed often based upon the availability of high-quality bioactive recombinant proteins. And it really — these proteins aid in this desire. And I can also tell you that vaccines, the vast majority of vaccines have recombinant proteins as a major component of their design. And so, you have to have good, high-quality bioactive ultrapure recombinant proteins, whether you're doing basic biomedical research or translational biomedical research for the design of diagnostics and vaccines and therapeutics.

DA: How do you see the role of the CRO evolving?

RB: At Sino Biological, we have noticed a transition from just basically standardized development and manufacture of proteins and antibodies as, again, kind of a one-stop, one-size-fits-all with really no customization, to full customization for the design, development, and really the bulk manufacture of some of the most difficult-to-manufacture recombinant proteins and even antibodies. Clients are now coming to us with proteins and antibodies that may be insoluble in a hydrophilic environment; they may form inclusion bodies when expressed in bacteria; they may be toxic to mammalian cells, or bacteria or yeast or even an insect cell system.

RB: I can tell you that, at Sino, we do have the proprietary technologies in place to develop and manufacture the most difficult- or hard-to-manufacture proteins and recombinant antibodies. And in fact, at Sino, we focus on the bioactivity and the in vivo–like nature of the recombinant proteins and antibodies; we really want to mimic what occurs naturally. And that's all; probably about 80% of our proteins and certainly our recombinant antibodies are made in mammalian cells, as opposed to bacteria and yeast and even insect cells. And the reason for this is: it allows for the proper posttranslational modifications to occur with the proteins and even the antibodies of proper secondary structure, tertiary, and even quaternary structure, the proper assembly of the subunits of the protein and the antibodies, so they look as natural and in vivo–like as possible. And when they look natural, they behave naturally, so they retain their natural bioactivity. And I can tell you that this ensures success when you're developing a diagnostic or a therapeutic or a vaccine. And the other thing is, from a research perspective / services perspective, I can tell you that we work with our clients at each stage of the development and manufacture process; we make sure that there's constant communication. And really communication is key, so that we don't accidentally cut corners or not deliver the end product to the customer. And so that's almost as important as delivering the final product. At Sino, we focus on delivering the highest-quality and the highest-purity proteins and antibodies, with natural bioactivity that they normally would have in nature, at the scale that the client wants. If they want micrograms, that's fine; or if they want five grams, we have the capability to deliver that. We usually beat their timelines for delivery. And, certainly, nobody can come close to matching our price points as well. So, in reality, we feel like Sino is the best in the industry at providing really a full slate of catalog-based proteins and antibodies, as well as implementing related contract research services.

DA: So, are there any new Sino Biological products, services or, you know, important corporate milestones that you'd like to discuss?

RB: I'm glad you asked, David, I can tell you that, recently, we've had a very big focus on emerging therapeutic targets. About 80–85% of Sino’s client base is industry, so pharma, biopharma, biotech. And so, we've focused in this area. A good example is neuropilin. It's a receptor that's abnormally expressed in a variety of different tumor types, and it's actually separate for VEGF and TGF-beta and PDGF. And we've successfully manufactured the isoforms of neuropilin and the corresponding antibodies that allow for the detection of it in tumors. So, this is a big area of focus for us: emerging therapeutic targets. Also, gamma chain cytokines, they actually play a big role in autoimmune disorders and aggravating allergies, and really in immunodeficiencies, as well. And so, we've released a slate of those as well, as well as the corresponding antibodies that detect those. Also, COVID-19. I have to tell you: Sino Biological was the first on Earth to successfully produce the spike protein and the nucleocapsid protein and the corresponding antibodies that detect these. BA.4 subvariant, BA.5 subvariant is on our radar, and we released, again, the spike and nucleocapsids for those new subvariants, as well as the antibodies that detect those. And even the monkeypox virus. We have a slate of antigens that represent monkeypox and the corresponding recombinant antibodies that recognize those. From a services perspective, I can tell you that we have next-generation technologies, such as cell-free systems, phage-display systems, and we really optimize all the technologies needed for successful manufacture of recombinant proteins and antibodies, again, optimized in mammalian cells, but we have other systems as well. And then, finally, at the corporate level, I can tell you that it was about a year ago that we successfully completed an IPO, and it allowed us to raise about 750 million U.S. dollars, and we have infused that capital to increase our geophysical footprint. So, we have a new sales office in Tokyo. We have new research and development centers in Suzhou and Taizhou, China. And I can tell you, we have a 4,000-square-foot new marketing office in Houston, Texas. And we're currently building out laboratories in the United States to basically mimic and replicate all of our manufacturing and services which are occurring in Beijing.

DA: Well, it certainly is all very exciting stuff, and I've definitely learned a whole lot today. So, Rob, thanks so much for taking the time to speak with me.

RB: Thank you, David. I appreciate it was a pleasure being on Pharma’s Almanac TV. 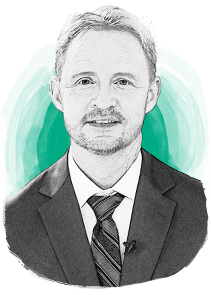 Exploring Challenges and Considerations for Operationalizing DCTs in the European Union