Despite many discussions, no agreement has been reached on the exit of Britain (Brexit) from the European Union. With less than six months to go, it is increasingly possible that a no-deal, hard break will take place on March 29, 2019. To prevent the worst scenario — interruption of the supply of medicines to patients in need — pharmaceutical companies must prepare for all possible scenarios.

Brexit negotiations between the UK and the European Union look to be stalled, with critical topics unaddressed and questions unanswered. There are now less than six months to come up with a deal — and as importantly — for companies to prepare for the outcome of any successful or unsuccessful negotiations.

A no-deal Brexit will mean elimination of the initially planned 18- to 24-month transition period. The UK will exit the EU without regulations or guidelines in place for any industry, including pharmaceuticals. The UK government has issued guidelines for companies to prepare for a no-deal Brexit, notably that it will recognize drugs and vaccines that have been approved and manufactured in the EU,1 but the EU has not issued a commitment regarding drugs approved and produced in the UK.

Serious concerns remain following revelations of poor communication and coordination between UK ministers and the National Health Service.2 The UK government has asked pharmaceutical firms to establish additional 6-week stockpiles on top of their usual buffer supply for drugs imported from Europe.1 Many companies have formed Brexit task teams to develop a strategy and have already been taking action,3 but many smaller firms may not be able to achieve this goal in time. Manufacturing for some drugs is already at full capacity, preventing any additional stockpiling.

Separately, the European Medicines Agency (EMA) has begun moving its offices from London to Amsterdam and expects to lose at least 30% of its staff.4 It is temporarily reducing its services as a result, including international collaboration on the harmonization of global regulations, development and revision of guidelines, except those that impact urgent public needs, and publication of clinical data packages submitted beginning in August.

The ultimate impact of a no-deal Brexit will be to patients. Without regulations in place, a real risk exists that shipments of drugs between the UK and Europe will be significantly delayed or in some cases halted.

Modern pharmaceutical supply chains are highly decentralized, with APIs manufactured in one region of the world, formulated in another and packaged in a third. Many supply chains involve multiple countries with different import/export regulations. Without those regulations, however, the risk that materials will be held up in Customs — and have higher duties and taxes placed on them — is significant.

Within the EU, drug products released by qualified persons (QPs) in member countries are accepted by the other member countries, including the UK — until next March. Once the UK is a “third country,” drug products manufactured in the UK will need to be released by a QP from an EU member country. The number of available QPs is already limited. With QPs in the UK no longer able to approve drugs for release in the EU, there will be even fewer, and they will be in greater demand. Timelines for obtaining QP releases will be extended, impacting the supply chain for both clinical and commercial products.

Nearly 400 marketing authorization holders (MAHs) with several thousand drug products are registered in the UK. These MAHs need to be reestablished in EU member countries. Transfer of an MAH for a single product may take months to complete. If not completed, the result could be disruption of the supply of medicines to patients in the EU.5

The risk that drug products may not be imported into the EU from the UK following a no-deal Brexit is very real and could have a huge impact on patients. There is also the risk that medicines coming into the UK — Europe’s largest pharmaceutical market — will be delayed due to issues with the supply chain or Customs.

Preparations to mitigate the risk of drug supply interruptions place financial burdens on pharmaceutical manufacturers. There are ongoing costs involved in producing and warehousing additional product, establishing locations in EU countries or the UK and transferring MAHs. The UK and EU governments are not bearing these costs — it is the drug manufacturers and insurers, which will likely contribute to higher healthcare costs in the future.

Access to talent remains uncertain as well. It is unclear whether people from other EU member countries will be able to work in the UK and vice versa.

There is also concern about the loss of input from the UK-based Medicines and Healthcare products Regulatory Agency (MHRA), the biggest contributor to the EMA with respect to consulting work. It is unlikely that the EMA will continue to work with the MRHA. Replacement of lost knowledge once its new offices are established in the Netherlands will take time. Consequently, reviews of new license applications are expected to be delayed for some time, extending the time before new drugs can reach patients.

The UK is a leading market for clinical trials. Unfortunately, Brexit is taking place at a time when the EU is close to implementing the Clinical Trials Regulation (CTR), which provides a single application for clinical trials run in EU countries.

Although the UK government has indicated that “UK law will remain aligned with parts of the EU’s CTR legislation that are within the UK’s control,” access to the central IT portal and participation in the single assessment model — the key benefits of the CTR — would require a deal with the EU.6

The UK may also become a less attractive location for clinical trials. Researchers would need to submit separate applications to run clinical trials in the UK and the EU, and UK patients could have less access to innovative medicines. According to the Brexit Health Alliance, citizens of Switzerland, which is not an EU member country, often remained without drugs approved in the EU for many months.7 However, the Model Clinical Trials Agreement enacted in March 2018 allows a single model contract for commercial research and development to be used in England, Scotland, Wales and Northern Ireland.8

Pharmaceutical companies that outsource clinical trial logistics activities need a partner that recognizes the consequences that can result from ineffective clinical drug distribution, including lack of preparation for Brexit scenarios.

Owing to the many hurdles posed by a no-deal Brexit, pharmaceutical companies and their supply chain partners can and should prepare by mitigating their supply chain risks. Companies that use a QP in the UK but import products into the EU will need to conduct a risk assessment and identify any gaps that must be addressed. An internal Brexit team comprising representatives from logistics, legal, quality, finance, human resources and marketing should brainstorm potential impacts.

It may be necessary to establish a new subsidiary or move existing subsidiaries to EU member countries. Obtaining a legal sponsor or registration in the EU should be considered, and data storage and privacy laws should be reviewed. A QP in an EU member country should be identified and a site of importation selected. The possibility of shifting drug substance and/or drug product manufacturing to an EU country should also be evaluated. A site for analytical testing in the EU may be needed to avoid potential issues with sample shipments.

Going forward, pharma companies should carefully consider setting up clinical trials driven by UK-based contract research organizations and through UK-based depots. In the event of a no-deal Brexit, companies offering packaging and distribution operations from the UK to Europe may no longer be able to provide such services.9 Similarly, companies based in the EU may need to establish distribution hubs in the UK to support patients in trials located there.

Any companies with trials underway in both the UK and EU should ensure that sufficient supplies are in place in both an EU country and the UK to support patients in Europe and the UK, respectively. If their investigator sites do not have sufficient storage space to store the material locally, opening or utilizing a provider’s depot as well as destruction services may be necessary.

The Right Logistics Provider Can Help

Pharmaceutical companies that elect to outsource clinical trial logistics activities need a partner that recognizes the consequences that can result from ineffective clinical drug distribution, including lack of preparation for any and all Brexit scenarios. Supply chain providers that specifically focus on clinical trial supplies are able to provide the depth of expertise and knowledge required to manage the movement of drug products from the manufacturer to the patient — across borders and continents and in the face of such challenging situations.

Supply chain solution providers like Marken have worked on identifying and mitigating potential risks and have developed solutions that can help pharmaceutical companies assess the potential impact of different Brexit scenarios, including lengths of delay for medicines and other critical materials. Those with global networks and multiple locations within the EU can suggest alternative routing options and provide alternatives for the storage and distribution of clinical trial materials to investigator sites.

There Are Not Just Risks, But Opportunities

Did you know that the Netherlands has the most progressive VAT deferment program, under which the VAT does not have to be paid at the time of import? This can have a positive impact on cash flow.

Marken has an established network of GMP-compliant depots and offers storage locations in Frankfurt, Germany (Customs warehouse) and Roermond, the Netherlands, allowing customers to distribute their clinical trial supplies to the EU and other regions and to benefit from the Dutch VAT deferment program and the excellent infrastructure at both locations.

Our team of QPs and trade compliance experts can work with you to assess what is needed to prepare for the results of the Brexit negotiations.

Pharma companies can take advantage of Marken’s extensive experience to establish transition plans based on forecasted changes that allow continued operations post-Brexit, without interruption to their supply chains. We can also design unique transport and distribution options using our highly flexible UPS integrator service, our specialty courier capabilities and our hybrid solution combining the best of both worlds into an optimized distribution strategy. Our experience with the export and import of diverse products around the world positions Marken to nimbly manage the complex Customs approval processes expected post-Brexit. 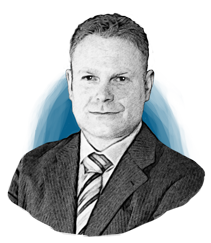 Sascha Sonnenberg has been with Marken since March 2011 and is the current Vice President Cell & Gene and CTS services, supporting Marken’s strategy for growth in the cell and gene industry. He is an active member of the APV Knowledge Group for Pharmaceutical Packaging and is engaged in the ISPE Community of Practice on Investigational Products. Sascha studied economics at the University of Kassel in the field of marketing and completed his MBA at the Kassel International Management School with an emphasis on international business and management