Mosquitos present a significant health problem because they carry viruses, spreading many different harmful diseases, including chikungunya, dengue, yellow fever and Zika. One approach to reducing the population of wild mosquitos is to introduce genetically modified variants that somehow impact the growth cycle of the insects.

British company Oxitec has developed a method for producing genetically modified Aedes aegypti mosquitoes mosquito eggs that hatch into male mosquitos that do not bite and pass on a gene to their offspring that prevents survival to maturity. The lifespan of the males is very short as well, and the offspring carry a fluorescent marker, allowing for easy tracking and monitoring.

The company recently announced that it plans to build a new manufacturing facility with the capacity to produce one billion of these genetically modified mosquito eggs per week. According to Oxitec, once running at full capacity, the Oxfordshire plant will increase the number of eggs produced by a factor of 20.

Mosquito control is an urgent matter, according to the World Health Organization. Many areas around the world are faced with a rising incidence of mosquito-borne diseases that can have significant health consequences.

There has been some opposition to this approach to mosquito control, however, particularly in the Florida Keys. Despite having run successful field trials in Brazil, the Cayman Islands and Panama, a community in the Florida Keys rejected the ideas of a field trial with the genetically modified mosquitos. Officials in the Florida Keys have elected to move forward with a trial in a different area. They and Oxitec are waiting for approval of a trial site from FDA, which has previously indicated that field trials with the mosquitos will have any significant effect on human or animal populations or the environment. 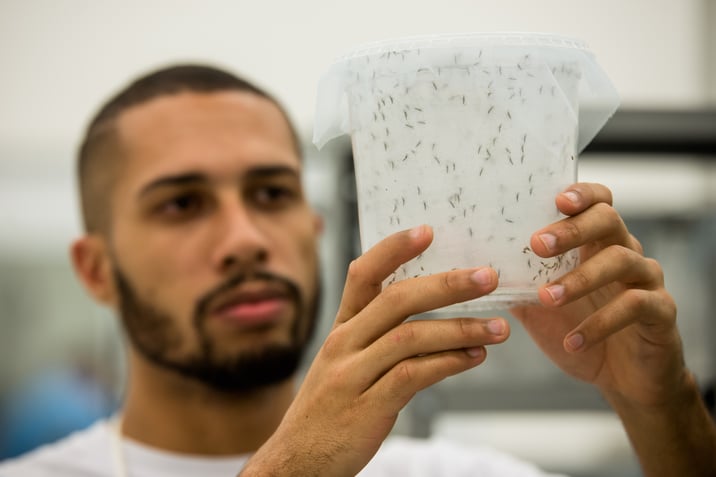 Solving Unmet Clinical Needs by Harnessing the Science of Aging