Looking Beyond Current Treatments for CNS Diseases and Disorders

Major depressive disorder (MDD) and social anxiety disorder (SAD) are two common mental health conditions for which effective treatments are currently lacking. Dramatic increases in both disorders have occurred in recent years, and, although there is a growing awareness of the problems that these diseases create, this awareness has yet to be translated into novel practical solutions.

Major depressive disorder (MDD, depression) in the United States is treated with a limited selection of FDA-approved antidepressants. Approximately two-thirds of patients with MDD do not respond to initial treatment. In addition, a positive response can take weeks or months to manifest, leading many patients to stop taking the medication or prematurely switch to another antidepressant. The drugs often carry side effects, including anxiety, sexual dysfunction, insomnia and drug–drug interactions, that can also lead patients to halt treatment. Atypical antipsychotics administered with current antidepressants also often do not work and have similar and significant side effects, including weight gain.

Even the newest ketamine-based therapies for MDD have their own range of issues. Both intravenous and intranasal ketamine must be administered in a clinic. Patients taking the nasal spray from Johnson & Johnson (SPRAVATOTM) must remain under observation for at least two hours and are unable to drive until the next day due to side effects, including dissociation, hallucinations, dizziness and nausea. It also may be unsuitable for people suffering from diabetes, obesity and heart conditions.

Antidepressants, the only FDA-approved treatments for SAD, also fall short of patient needs, with slow onset, the need for chronic administration and the same range of negative side effects. Other considerations related to the use of benzodiazepines and beta blockers prescribed off-label for SAD include the potential for risk of addiction, a feeling of sedation and cognitive impairment and the potential for cardiac complications. There is, in fact, no FDA-approved, as-needed, on-demand treatment for SAD.

VistaGen Therapeutics is focused on CNS drug candidates with the potential for rapid-onset therapeutic benefits and exceptional safety. We are working to provide patients suffering from MDD, SAD and other neuropsychiatric and neurologic disorders with a new generation of medicines that can be self-administered at home when needed. We have three late-stage CNS candidates being evaluated in the clinic for MDD and SAD that function via new mechanisms of action that provide both rapid onset and minimal side effects.

MDD affects nearly 300 million people of all ages globally and is the leading cause of disability worldwide, according to the World Health Organization.1 Close to 800,000 people die due to suicide every year, and it is the second leading cause of death in individuals 15–29 years old. The total number of people suffering from depression increased by nearly 20% from 2005 to 2015, and the annual cost to the global economy in lost productivity attributable to anxiety and depression is estimated to be $1 trillion. For many people, depression cannot be controlled for any length of time without treatment.

AV-101 is a novel, oral NMDAR GlyB (N-methyl-d-aspartate receptor glycine B site) antagonist that inhibits NMDA receptor function rather than blocking it (like ketamine), while also activating AMPA receptor pathways. As a result, AV-101 provides rapid-onset benefits without the side effects associated with current FDA-approved treatments, and AV-101 is intended for convenient use at home. Additionally, because it is not metabolized in the liver and is excreted by the kidney, concerns over drug–drug interactions associated with current antidepressants are minimized.

In peer-reviewed, published preclinical studies, AV-101 demonstrated rapid, dose-dependent and persistent antidepressant-like effects following a single treatment, without the rewarding and psychotomimetic effects of ketamine or the induction of locomotor sensitization or stereotypical behaviors.2 In addition, in two randomized, double-blind, placebo-controlled phase I safety studies in healthy individuals, AV-101 was safe, well-tolerated and not associated with any drug-related severe adverse events.3

Our ELEVATE phase II clinical trial is currently underway to evaluate the efficacy and safety of AV-101 as an add-on treatment (together with a current standard FDA-approved oral antidepressant, an SSRI or SNRI) for MDD in patients with an inadequate response to their standard oral antidepressant therapy . We expect to have topline results in late 2019. VistaGen is currently planning the RELAY multi-center, double-blind, placebo-controlled, adjunctive treatment study of AV-101 for the prevention of relapse following successful ketamine-based therapy, which we hope to initiate in the second half of 2020.

The FDA has granted Fast Track designation for the development of AV-101 as an add-on treatment for MDD. We are initially developing AV-101 as a next-generation add-on treatment to replace the widespread use of oral atypical antipsychotics, such as aripiprazole, in the current MDD treatment paradigm. We hope to expand AV-101’s use as a replacement for ketamine therapy and ultimately become a primary choice as a treatment for MDD.

AV-101 is also being investigated as a treatment for other CNS diseases and disorders, including neuropathic pain, for which the FDA has granted Fast Track designation, levodopa-induced dyskinesia (LID) affecting patients with Parkinson’s disease, suicidal ideation and epilepsy.

VistaGen’s second late-stage drug candidate for MDD — PH10 — is a first-in-class neuroactive nasal spray designed to rapidly activate nasal chemosensory receptors that trigger neural responses in parts of the brain believed to be related to depression. PH10 provides a rapid antidepressant effect at ultra-low (microgram) doses, as confirmed in a phase IIa study. Administered as a nasal spray, the safety and tolerability profile of PH10 were also shown to be excellent in this trial.

The mechanism of action of PH10 is fundamentally different from existing MDD treatments, providing ketamine-like antidepressant effects without the psychological side effects and safety concerns. PH10 is being developed as a front-line treatment for MDD, and VistaGen is currently preparing to advance phase IIb clinical development in the second half of 2020.

SAD is a common, debilitating mental health disorder affecting over 19 million Americans, including both adults and adolescents. It is the second most commonly diagnosed anxiety disorder.4 SAD is characterized by intense, excessive fear, anxiety and avoidance of everyday social or performance situations in which individuals feel scrutinized or evaluated by others and fear embarrassment, humiliation and rejection.

VistaGen’s PH94B neuroactive nasal spray is another synthetic investigational neurosteroid. PH94B activates nasal chemosensory receptors that trigger a subset of neurons in the main olfactory bulbs in the limbic amygdala, the main area of the brain for processing fear and anxiety. Activated neurons in the limbic amygdala release GABA, which then broadcasts calming impulses to other parts of the brain associated with fear and anxiety. As a result, fear and anxiety responses throughout multiple areas of the brain are inhibited. In a phase II clinical trial involving both public speaking and social situation challenges, PH94B significantly reduced anxiety within 10–15 minutes of self-administration of a microgram dose.5 The drug has also been successfully evaluated in a pilot phase III crossover study.6 In all clinical studies to date, PH94B was administered intranasally at microgram doses and without systemic exposure; PH94B's safety profile was excellent, with no serious adverse events.

With its novel mechanism of pharmacological action, rapid-onset of therapeutic effects and exceptional safety and tolerability profile shown in clinical trials to date, PH94B is an excellent candidate with the potential to become the first FDA-approved on-demand, as-needed treatment for SAD. VistaGen is currently preparing for pivotal, multi-center, North American phase III development of PH94B as a novel first-line on-demand treatment for SAD, expecting to launch in the middle of 2020. 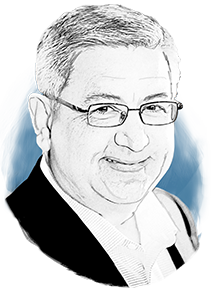 Shawn Singh, CEO of VistaGen since August 2009, joined the Board of Directors in 2000. Mr. Singh has over 25 years of experience working with private and public biotechnology, medical device and pharmaceutical companies, a venture capital firm and a profitable CRO, serving in numerous senior management roles. Mr. Singh earned a B.A. degree from the University of California, Berkeley and a J.D. degree from the University of Maryland School of Law and is a member of the State Bar of California.

New Mannitol Formulations Are a Gem of a Collection