Resurrecting a Drug with a Checkered Past

NeoTX Therapeutics is a clinical-stage immunotherapy company developing a novel technology initially licensed from Active Biotech in 2016. Naptumomab estafenatox (Nap) was being developed for the treatment of cancer by Active Biotech and had shown exciting positive results in a phase I study but failed to show sufficient efficacy in a phase II trial.

A closer examination of both studies suggested that Nap deserved further investigation. In phase I trials, a patient with non-small cell lung cancer (NSCLC) for whom three prior lines of therapy had failed was treated for six months with Nap. Even though he received no further treatments, this patient remained alive for 11 years and died of causes unrelated to cancer. The study also uncovered no concerning safety issues.

The existing results led Active Biotech to move straight to a phase II/III study without any additional pilot trial. This follow-on study was, unfortunately, conducted in renal carcinoma, for which the standard of care at the time was interferon-α. We know today that interferon-α has significant negative interactions with Nap and that these interactions led to the failure of the trial.

Benefits of a Native Immune Response

Most immunotherapies on the market are designed to elicit some form of artificial immune response. Two difficulties in artificial manipulation include the vast complexity of the immune system and our lack of an in-depth understanding of how it functions. As a result, the generation of non-natural responses can often have many negative, unintended consequences. In addition, some therapies, such as bispecifics, aim to activate all T cells. This approach faces challenges, because T cells eventually become worn out after being activated. Thus, activating all T cells can ultimately deplete their supply.

Nap differs from current standard-of-care therapies because it relies on selective T cell redirection (STR) technology, which effectively converts a weak immune response against cancer to a powerful but specific, natural, antibacterial immune reaction. Nap is a recombinant fusion protein consisting of the antigen-binding fragment of a monoclonal antibody, directed towards the tumor-associated oncofetal trophoblast glycoprotein antigen 5T4, attached to a genetically engineered form of superantigen staphylococcal enterotoxin E (SEA/E-120).

Importantly, only T cells that express the superantigen receptor — approximately 1–2% of all T cells — are activated by Nap. These T cells undergo natural expansion and activation in the permissive environment of the periphery and lymph nodes. Once activated, they multiply rapidly and traffic to the tumor. Meanwhile, NAP binds to the tumor and acts as a neoantigen mimetic that the trafficking T cells can recognize, enabling them to kill the cancer.  The trafficking T cells can invade desert tumors and alter the tumor microenvironment, opening it up to further attack by other components of the immune system.

Like the NSCLC cancer patient in Active Biotech’s phase I study who lived for an additional 11 years without any further treatment, we have seen that mice treated with Nap maintain the ability to fight off cancer after treatment is completed. Specifically, mice that exhibit a complete response when treated with NAP retain the ability to fight off other subsequent cancers, remaining cancer-free.

Nap, therefore, may provide a means for overcoming drug resistance, even for rapidly evolving cancers. STR technology appear to reboot the immune system, allowing it to evolve as cancers do.

Synergy with Other Immunotherapies

In addition to breaking drug resistance by binding bacterial determinants to the tumor surface, STR technology carries the potential to augment the effectiveness of checkpoint inhibitors and other anticancer approaches. With such a powerful immune response generated by Nap, we believe that upregulation of checkpoints in the tumor microenvironment is likely to occur, thus enabling the enhanced performance of other cancer drugs, such as PD1/PDL1 inhibitors.

Nap, NeoTX’s lead candidate and first STR platform drug, is currently in clinical development for advanced and metastatic solid tumor indications. Nap has significant potential as a monotherapy and in combination with chemotherapy, checkpoint inhibitors, and CAR-T technologies.

Previous clinical trials have found Nap to be well tolerated in hundreds of patients and demonstrated preliminary signals of efficacy. Preclinical work conducted by the NeoTX team supports its broad potential in treating advanced and metastatic tumors, especially in combination with checkpoint inhibitors.

A phase Ib clinical trial of Nap is ongoing in collaboration with AstraZeneca. The open-label, multicenter, dose-finding phase Ib study is currently enrolling. Patients are dosed with a combination of Nap and AstraZeneca’s checkpoint inhibitor IMFINZI® (durvalumab). NeoTX aims to establish the maximum tolerated dose before advancing to a larger cohort-expansion phase in the Unites States that will include indications known to respond well to checkpoint inhibitors, such as pancreatic and colon cancer.

Because the superantigen is the same, regardless of the cancer being targeted, the STR approach is indeed a platform technology. The homing molecule can be designed to target many different types of tumor cells, allowing the development of a range of novel drug products.

Due to its potential as a truly general solution for cancer treatment, STR technology is attracting significant attention. Once we gather more data from the ongoing clinical trials and are able to present hard and fast clinical evidence, we expect to see that interest materialize in the form of numerous partnerships for the investigation of combination treatments with Nap and other existing cancer therapies.

Separately, NeoTX is actively exploring in-licensing deals and partnerships that could give the company access to new early-stage drugs that could be complementary to the STR platform. This activity will be funded in part by cash ($45 million) raised in a Series C financing round that closed in February 2020. To date, we have raised over $60 million, all from private investors.

Our team at NeoTX includes both highly experienced scientists, such as Nobel Prize winner Prof. Roger Kornberg, and people with expertise in drug development and commercialization, such as the well-known drug developers Dr. Marcel Rozencweig and Dr. Robert Kramer. Early-stage clinical research is conducted in Israel and backed by highly experienced investigators interested in novel medications. Later-stage trials will be conducted in the United States and managed from our U.S. office.

Going forward, our strategy for growth revolves around discovering, acquiring, and developing technologies that exploit novel mechanisms that enhance the immune system’s ability to attack tumors and developing business partnerships that leverage our STR platform technology. Because we want to stay focused on the development of novel therapies with real potential to impact patient lives, we intend to commercialize proprietary products through corporate alliances. 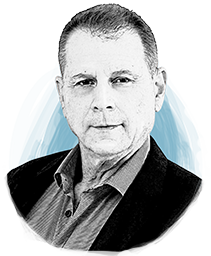 Asher Nathan has extensive experience in diverse roles within the industry, including founder, entrepreneur, and investor and has authored over 25 patents in the field of biotechnology. Before NeoTX, he founded IntelliGene and EvoRx, two biotech companies formed around technologies he invented. EvoRx was established together with Nobel Prize Winners Arthur Kornberg and Roger Kornberg. He was a Managing director at Paramount Biocapital, a top-rated venture fund for in-licensing biotechnology transactions before cofounded Zoticon Bioventures, where he served as Managing Director.