Vaccinex is leveraging the role of the cytoskeleton in cell migration and cell interactions to develop treatments for cancer and neurodegenerative diseases. The company has homed in on an antibody that blocks semaphorin-4D (SEMA4D), a signaling pathway that triggers dissociation of the cell cytoskeleton, driving neuroinflammation and hindering the ability of immune cells to infiltrate and attack tumors. Vaccinex’s anti-SEMA4D antibody is currently in clinical trials for Huntington’s disease and non–small cell lung cancer.

The Promise of Pepinemab in Cancer

Our lead candidate antibody is pepinemab (VX15/2503), a humanized monoclonal antibody that binds and blocks the activity of semaphorin 4D (SEMA4D), an extracellular signaling molecule that regulates the migration of immune and inflammatory cells to sites of injury, cancer, or infection.

Tumors express SEMA4D at their margins, which immobilizes immune cells that could otherwise infiltrate and initiate an antitumor response. Pepinemab blocks the SEMA4D signal and opens the gates of the tumor to the immune system.

To gain an edge in their constant struggle with our protective immune system, tumors employ multiple immune evasion mechanisms.

In animal models, Vaccinex discovered that administration of pepinemab changes the tumor microenvironment both by greatly increasing the number of immune killer cells that can attack the tumor and by reducing production of immunosuppressive cells that could otherwise interfere with this activity.

Window-of-opportunity studies in different types of cancers — in which patients with planned tumor resections were treated for 4-6 weeks and then their excised tumors were evaluated — showed similar results. In untreated patients, cytotoxic T cells accumulate at the tumor boundaries unable to penetrate, while myeloid suppressive cells expand in the center of the tumor. In patients treated with pepinemab, cytotoxic T cells successfully penetrate into tumors, while the number of suppressive cells is simultaneously reduced.

Vaccinex collaborated with Merck KGaA on a phase Ib/II study of pepinemab in combination with Merck’s human anti-PD-L1 IgG1 checkpoint inhibitor Bavencio® (avelumab) in patients with advanced (stage IIIB/IV) non–small cell lung cancer (NSCLC). The rationale for the combination with a checkpoint inhibitor was that, while pepinemab opens the gates of the tumor to the immune system, a second drug is required to block a second line of tumor checkpoint defense in order to promote maximal immune activity.

In both patients who never previously received immunotherapy and those who had been treated but whose tumors progressed following treatment with a single-agent checkpoint inhibitor, increased CD8+ cytotoxic T cell activity and either reduction or stabilization of tumor burden was observed in a majority of patients. The objective responses for patients that received the combination treatment appeared to be 2–2.5 times higher than those for a comparable population of patients who received single-agent Bavencio in a prior study. Progression-free survival also appeared to be extended by combination therapy.

Vaccinex is planning a randomized study of pepinemab combined with a checkpoint inhibitor in another cancer indication and expects to move forward with the study once the COVID-19 situation stabilizes.

With many neurodegenerative diseases, symptoms take decades to appear. This is particularly evident in a genetically determined disease like Huntington’s disease (HD), where a child inherits the dominant mutation but symptoms do not manifest until midlife. It is thought that this long delay reflects the marvelous ability of the brain to initially compensate for damage, but, as damage accumulates and reaches a critical threshold, this is no longer possible, and major symptoms of disease manifest.

Astrocytes — key brain cells that detect stress and injury and recruit other cells into the response — are highly branched cells whose projections interact with many other brain cells. These projections completely cover the blood vessels that feed the brain, where they express transporters that facilitate the uptake of glucose. When damage occurs, they downregulate glucose transporters and instead begin secreting inflammatory cytokines and chemokines that recruit and activate microglia and other inflammatory cells at the site of injury. This response is effective for acute injury, but in the context of chronic neurodegenerative diseases, when many regions of the brain are compromised over time, the ability to compensate is limited, and major symptoms manifest.

When neurons experience stress, they express SEMA4D as a signal of stress or injury. Astrocytes in the brain express the PLXNB1 receptors for SEMA4D, which triggers dissociation of polymerized F-actin, resulting in collapse of the cell’s cytoskeleton and inflammatory transformation.

By binding to SEMA4D, pepinemab blocks its signaling activity, preserving normal astrocyte morphology and function and averting inflammatory transformation that aggravates brain damage. Preclinical testing has demonstrated the beneficial effects of anti-SEMA4D treatment in a variety of neurodegenerative disease models.

HD is a slowly progressive neurodegenerative disease in which symptoms typically appear around age 40. Approximately 30,000 people in the United States have HD, but 100,000–200,000 are believed to have inherited the genetic mutation and would be expected to eventually develop symptoms.

To confirm that the results obtained in animal models are also relevant for humans, Vaccinex evaluated brain sections from autopsies of patients with different stages of HD pathology and confirmed that SEMA4D expression by neurons increases with underlying disease progression.

We initiated a small phase II study, treating 36 people with the HD mutation with either pepinemab or placebo for six months. The primary goal was to determine safety and tolerability of pepinemab in HD and to gather preliminary data on quantitative clinical and imaging measures. The results were encouraging and supported the proposed mechanism of action. We initiated a larger, randomized, potentially pivotal study of 265 subjects known to have the HD mutation. Approximately two-thirds have manifested symptoms of early HD, and one-third were prodromal. All are receiving treatment with either pepinemab or placebo for at least 18 months. Treatment will be completed in June 2020, and topline results are anticipated in the early fall 2020.

The U.S. FDA has granted both Orphan Drug and Fast Track designations to pepinemab in HD.

A decline in glucose metabolism in the brain as detected by FDG-PET imaging correlates with cognitive decline in Alzheimer’s disease (AD) patients and is recognized as an important biomarker of this disease. The initial results of our phase II clinical study in HD have, therefore, generated considerable interest in the Alzheimer’s community. Vaccinex recently received two awards to initiate a phase I clinical trial in AD: $750,000 from the Alzheimer’s Association and up to approximately $3 million from the Alzheimer’s Drug Discovery Foundation (ADDF).

An important feature of Vaccinex’s approach to neurodegenerative diseases is that the strategy is based on an understanding of a pathogenic mechanism that is common to multiple diseases. Pepine-mab treatment is thus not only relevant to HD, but also potentially to other slowly progressive diseases, including AD, ALS, progressive MS, and multiple orphan neurological diseases.

Additionally, we intend to continue advancing our immunotherapy program in cancer. We also intend to leverage our proprietary ActivMAb® drug discovery platform to expand our pipeline. 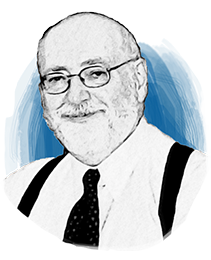 Maurice Zauderer, Ph.D., is President and Chief Executive Officer and a member of the board of directors of Vaccinex. Prior to founding the company in April 2001, Dr. Zauderer was an Associate Professor at the University of Rochester and held senior faculty positions at Columbia University. Dr. Zauderer received a BS in physics from Yeshiva University and a Ph.D. in cell biology from the Massachusetts Institute of Technology.