Human serum albumin (HSA) has unique properties that make it attractive as a nutrient in cell culture media and as an excipient for lyophilized biologic drug formulations and when produced as nanoparticulates for drug delivery. The quality of HSA is crucial to its performance in manufacturing processes and the safety of any final drug products produced. Use of HSA prepared according to current good manufacturing practices (cGMP) from the outset of a project shortens time to the clinic and the market while helping to ensure product safety.

Albumin is the most abundant protein found in blood plasma, accounting for approximately 50% of blood protein. Two types of serum albumin are used in pharmaceutical and biotechnology applications: human serum albumin (HSA) and bovine serum albumin. A third more recent option is recombinant albumin, which is produced via fermentation in yeast or bacteria.

Albumin in its various forms has traditionally been used for many different applications, including as a protein stabilization excipient in biologic drug formulations, particularly for those that are lyophilized, and as a nutrient in cell culture media formulations. More recently, it has been shown to be effective as both a nutrient and stabilizer during the culture, expansion, freezing, thawing and manipulation steps involved in the development of cell therapies. Albumin in nanoparticulate form is currently being explored as an effective drug delivery vehicle. In some cases, albumin has also been applied as a coating on implantable medical devices.

Serum-derived albumin is well known to stabilize the properties of proteins and other biologic drug substances. In the body, HSA is responsible for maintaining the oncotic pressure, plasma pH and the distribution of a variety of endogenous and exogenous ligands.2–4 Albumin, in general, has a large number of sulfur binding sites that can interact with proteins in various ways, preventing aggregation and oxidation, reducing surface adsorption and improving solubility and batch-to-batch consistency. As a result, albumin can often replace multiple excipients, eliminating the need to spend extensive time and effort developing optimal compatible excipient combinations. This advantage has become increasingly important as the complexity of biologic drugs has increased with the introduction of next-generation treatments, such as antibody–drug conjugates, cell therapies and viral vaccines.2

Albumin is the most abundant protein found in blood plasma, accounting for approximately 50% of blood protein.

Albumin is added to cell culture media as a supplement to enhance the overall health of cells and to promote cell growth, productivity and viability.5,6 In addition to providing nutrients (e.g., hormones, growth factors), it binds to toxins (e.g., copper) and free radicals, preventing them from harming cells. Albumin binds to excess proteins, thus acting as a buffer, and to hormones, growth peptides and other media ingredients, stabilizing them. For instance, binding to fatty acids, amino acids, bilirubin and pyridoxal-5´-phosphate by albumin prevents their oxidation. The performance of the albumin as a media supplement depends on the quality and relative quantity of the specific ligands present, which is determined by the nutrition provided to the animal (human, bovine) source.

The use of natural HSA in cell culture media formulations has increased in recent years, owing to the shift away from animal-derived ingredients. 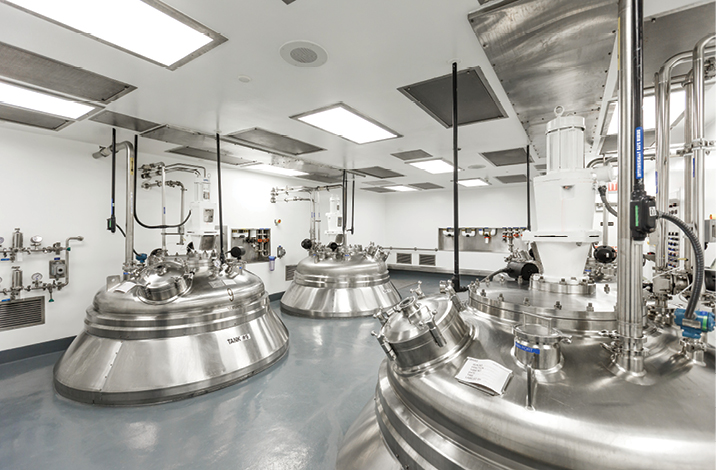 For many of the same reasons that albumin serves as a beneficial ingredient in cell culture media formulations, it is also proving advantageous for the production and handling of stem cell and other cell therapies, as well as various regenerative medicinal products. Cell therapies often must be cryopreserved for storage and shipment. Consistent, reproducible media is required to protect these fragile biologic treatments, and HSA is often an important ingredient.7 In fact, it is typically used from the beginning of cell therapy manufacturing processes to enhance consistency, quality and reproducibility. It has also been shown to improve vector transduction for adeno-associated viruses (AAVs).8

For many of the same reasons that albumin serves as a beneficial ingredient in cell culture media formulations, it is also proving advantageous for the production and handling of stem cell and other cell therapies, as well as various regenerative medicinal products.

Albumin has also been used as a drug delivery vehicle for various types of active pharmaceutical ingredients (APIs), including antibiotics and anti-inflammatories. It is attractive for this application because it is nontoxic, non-immunogenic, biocompatible and biodegradable9 and has a long half-life of approximately 19 days, allowing drug concentrations to remain high over an extended period of time.10

Most often, albumin used for drug delivery applications is generated in nanoparticulate form using a variety of methods, such as desolvation, emulsification, thermal gelation, nano-spray drying, nab-technology and self-assembly.10 Abraxane — a nanoparticle albumin–bound paclitaxel — is one such example.

Currently, many other opportunities for the application of nanoparticulate albumin in drug delivery are being explored.10 Due to the extensive binding and complexing ability of albumin, nanoparticles of the protein can be loaded with chemotherapeutic drugs, pulmonary drugs, inhibitors, fluorescent dyes, contrast agents and other molecules, including other proteins and antibodies, to develop novel drugs — as well as highly targeted therapeutics and imaging agents. When conjugated with certain excipient-grade polymers, albumin nanoparticles can cross the blood–brain barrier and also achieve delivery of oligonucleotide drugs. Nanoparticles that are unstable in biological fluids can be stabilized using albumin to enable efficient drug delivery.

The introduction of Plastem® for the biopharmaceutical market reflects Grifols' focus on innovation and continued improvement across our entire portfolio.

There are several methods for isolating human serum albumin from plasma. There are also various manufacturing processes for the production of recombinant HSA. Regardless of which method is used and which type of product is produced, it is essential that any HSA intended for pharmaceutical applications are pharmaceutical grade and manufactured in compliance with current good manufacturing practice (cGMP) requirements.

Using pharmaceutical-grade products from the beginning of development ensures a smooth regulatory pathway when entering the clinic and scaling to commercial production. Companies that initially use BSA or research-grade HSA (natural or recombinant) in their cell culture media or drug formulations will eventually have to replace those ingredients with pharmaceutical-grade material produced under cGMP conditions, which can significantly delay project timelines.

Grifols Bio Supplies, a division of Grifols Group, distributes high-quality biological materials for biotechnology research, clinical trials and the manufacture of pharmaceutical and diagnostic products. We have extensive experience manufacturing a number of different proteins for diagnostic applications and therapeutic uses.

Our human serum albumin meets the highest quality and safety standards expected for drug products, even if its intended use is as a pharmaceutical raw material. We also provide extensive regulatory support. Most recently, Grifols has developed a serum albumin with performance equivalent to fetal bovine serum for use as a supplement for mammalian cell culture, called Plastem®.

Plastem® is a GMP human plasma-derived protein supplement containing albumin that overcomes many issues associated with FBS. It has traceability because it comes from FDA-approved plasma centers. Plastem® also has reduced batch-to-batch variability because each batch is manufactured from thousands of donations. As importantly, it is cGMP pharmaceutical grade and xeno-free, containing no animal-derived materials.

The introduction of Plastem® for the biopharmaceutical market reflects Grifols' focus on innovation and continued improvement across our entire portfolio. We are committed to ongoing product development to support new advances in pharmaceutical manufacturing systems and processes. 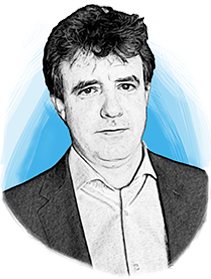 Carlos Ortiz holds a degree in chemical engineering and a Master's degree in business administration from the ESADE Business School. He has more than 12 years in the pharmaceutical industry, most of them in business development, defining and implementing sales and marketing strategies for the business-to-business market.

How Does Evolve Envision the Future of the Pharma/Biopharma Industry?