The global demand for cannabinoids — the compounds found in cannabis plants — is growing at an exponential rate. There are over one hundred known cannabinoids, but rare cannabinoids are significantly stronger, making their benefits highly sought after by a variety of industries. Cannabigerolic acid (CBGA), the acidic form of cannabigerol (CBG), is the precursor to cannabinoids like tetrahydrocannabinol (THC), cannabidiol (CBD), cannabichromene (CBC), and CBG, and is vital to the production of many different types of cannabinoids.

Cannabinoids are used to treat health conditions for pain, respiratory disorders, autoimmune conditions, and more, with CBG being notable for its neuroprotective benefits, such as slowing degenerative brain conditions, including Huntington’s disease and even helping to regrow brain cells. Other benefits of CBG include inhibiting cancer growth, treating glaucoma, killing drug-resistant bacteria, treating bladder dysfunction, stimulating appetite, and more.  Although rare cannabinoids have a variety of clinical benefits, they exist in minimal quantities in cannabis plants, making extraction and purification inefficient, costly, and environmentally taxing — it takes 10 kg of cannabis plants to produce less than 2 g of these rare cannabinoids.

We began researching the extraction of rare cannabinoids from plants like hemp and cannabis in 2017 and discovered that most companies in the space were using standard yeast strains for cannabinoid production via chemical synthesis, resulting in end products with impurities and toxins. We realized that the key to producing pure, rare cannabinoids was through biosynthesis, which produces identical compounds to those naturally occurring in an organism’s biological process at production costs of 70–90% less and a production time reduction from several months to just a few days.

Biosynthesis is Key to Purity, Replicability, Scale, and Cost Efficiency

BIOMEDICAN was founded in 2017, and we have four patents pending to date. The foundational pillar of our production is biosynthesis — a process whereby an organism converts one compound into another through natural metabolic processes. We began researching and genetically optimizing Yarrowia lipolytica (YL), a yeast species capable of synthesizing a wide group of valuable metabolites, for the efficient production of CBGA and other rare cannabinoids, leveraging our genetically engineered enzymes NphB and THCA synthase. Our patented, proprietary, oily yeast strain allows for the highly efficient production of rare cannabinoids derived from the same initial compounds, and YL can yield 80% of its weight in oils, allowing us to produce large amounts of rare cannabinoids to meet increasing market demand at a fraction of the production time and cost.

YL is a naturally occurring yeast present in nature — it can be found in soil, water, and even cheese. YL produces large amounts of oil, which is critical, because cannabinoids are soluble in oils and, if a plant can produce a high quantity of oil, it possesses a large amount of precursor. YL has a low sensitivity to toxic compounds, and we genetically modify it to eradicate any possibility of the degrading of cannabinoids. Our NphB and THCA enzymes in the YL allow for the production of rare cannabinoids during fermentation — just as a cannabis plant stores cannabinoids in oily droplets, YL has oily compartments for the production of cannabinoids, which allow it to bypass the antifungal properties of cannabinoids.

Oils and cannabinoids are derived from the same initial compounds, so an increase in oil production means greater cannabinoid production. Our process also uses 60–70% less sugar — the main raw material for biosynthesis — than our competitors, which also helps reduce costs, as sugar is the most expensive ingredient in biosynthesis. The process yields a pharmaceutical-grade end product, with zero toxins or contaminates and viable sustainability. We utilize 90% fewer natural resources and energy than what is required to grow plants, with the ability to consistently replicate the exact same product; this consistency is not possible through traditional means.

CBG and its precursor CBGA are anti-inflammatory, antibacterial agents which also stimulate bone growth, relieve pain, and slow the proliferation of cancer cells. There is substantial evidence that CBG/CBGA will be as impactful to the health and wellness market as CBD has become around the world. Our CBG/CBGA cannabinoids are pharmaceutically pure and 100% identical to ones found in nature — at a fraction of the cost — making them promising contenders to replace synthetic and plant-extracted analogs. Additionally, our biosynthesis produces compounds that eradicate the undesirable side effects synonymous with chemical synthesis of these molecules.

The Growing Demand for Astaxanthin

Astaxanthin (ASX) is a powerful and natural antioxidant with applications in dermatology and cosmetology. ASX is generally recognized as safe by the U.S. Food and Drug Administration (FDA), and it has been used to delay aging, decrease the appearance of wrinkles, and increase moisture retention by improving skin health, as well as protecting against ultraviolet radiation. ASX is even more potent than beta carotene and vitamin E in relieving oxidative damage — the cause of several skin diseases. ASX also plays a role in promoting liver function, immunity, joint, prostate, and heart health, and has also been implicated in increasing overall blood flow and alleviating diabetes by reducing blood sugar.

ASX is a carotenoid naturally produced by algae, but the extraction of ASX directly from algae is inefficient, as algae grow slowly. As a result, chemical synthesis is the leading method of ASX production. Although chemical synthesis of ASX is cost-effective, several safety concerns abound from the use of synthetic ASX. Chemical synthesis leads to the production of stereoisomers — compounds with the same molecular composition as ASX but different spatial arrangement of atoms, potentially resulting in unwanted side effects after human consumption. As such, synthetic ASX is forbidden for direct human consumption. Our ASX biosynthesis process eliminates the production of undesirable stereoisomers, allowing for the identical equivalent of ASX found in nature. Our proprietary yeast undergoes fermentation to consistently produce large quantities of high-quality biosynthetic ASX — identical to its natural counterpart — at the same efficient cost of chemical synthesis.

Beyond cosmetics, pharmaceuticals, and nutraceuticals, ASX is heavily utilized in the animal and human food industry, and it is what gives certain types of fish their distinctive red color. ASX is leveraged in aquaculture and the poultry industry to supplement farmed animal diets, as it increases animal pigmentation, stress tolerance, disease resistance, reproductive capacity, and UV protection and improves animal survival. The use of ASX in these industries results in food products that are more desirable for consumers, increasing revenue and profits for the companies to leverage the benefits of ASX.

Our research, production strategies, and product portfolio are continuously improving as we aim to streamline the production pipeline of pure, consistent, high-demand compounds across many regions in the United States and Canada. Our technology positions us well to revolutionize the cannabinoid supply chain and directly supply several markets where cannabinoids and terpenes are in high demand. Cannabinoids fit into a multitude of diverse and rapidly expanding markets. The adult-use and medical cannabinoid market is projected to reach $146.4 billion globally by 2025, the cannabinoid-infused edible and beverage industry is projected to surpass $30 billion by 2022, and the cannabinoid-based pharmaceutical global market is expected to hit $10 billion by 2025 and $50 billion by 2029. While these projections represent an increasing consumer interest and demand, suppliers will need to be able to produce high-purity, low-cost products at scale, and current industry standard practices in production are insufficient to meet future projected demand.

Biosynthesis of rare cannabinoids is one of the fastest growing markets in the world today, and BIOMEDICAN is uniquely positioned with what we believe are the best intellectual property and results in the space.  CBG/CBGA represents the next generation of many new cannabinoids we will be taking to market, and we are fully confident we will have the highest quality, highest yields, and lowest-cost product on the market, which we believe will make us the market leader in the months and years to come. Our low-cost production of such high-value compounds will generate a competitive advantage over traditional forms of treatment for diabetes, cancers, autoimmune disorders, respiratory disease, nervous system disorders, pain, viruses, ADHD, and more. Additionally, the nutraceutical market demand for ASX continues to grow, and with the wide use case for carotenoids across industry sectors, we expect sales to continue to increase in the coming years.

Biosynthesis also eliminates the need to touch cannabis plants or produce THC or any other psychoactive ingredients at any point in the process, which in our opinion, positions us outside of federal regulation. This will allow BIOMEDICAN to distribute CBG/CBGA in a robust variety of verticals, including nutraceuticals, food/beverage, personal care/lotions, and cosmetics. Our product roadmap projects CBG/CBGA to ship in Q3 or Q4 of 2021, and we expect to produce it for less than $1 per gram — the current market for CBG/CBGA is $20 or more per gram. In the coming months, in addition to CBG/CBGA, we will also leverage our biosynthesis technology to produce CBN, CBNA, THCV, THCVA, and THCA at large scale. We targeted these specific cannabinoids for their projected market demand but, more importantly, for the health benefits we will be able to provide to people around the world as well. 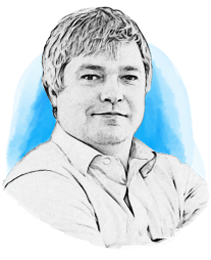