PARIS – The U.S. Food and Drug Administration (FDA) has approved a Biologics License Application for MenQuadfiTM Meningococcal (Groups A, C, Y, W) Conjugate Vaccine for the prevention of invasive meningococcal disease in persons 2 years of age and older.

“Meningococcal meningitis remains a major global health challenge because it can strike quickly and with devastating effect, taking a life in less than 24 hours. With the ability to help prevent this disease through vaccination, Sanofi believes one case is one too many,” said David Loew, Executive Vice President, Sanofi Pasteur. “Approval of this new vaccine in the U.S. represents an important milestone in the ongoing fight to help protect as many people as possible from meningococcal disease. It is our ambition to make this vaccine available to further expand protection to individuals worldwide.”

MenQuadfi was designed to elicit and demonstrated a high immune response across all four serogroups for multiple ages and was well tolerated. MenQuadfi is intended to protect an expanded age group. Licensure marks MenQuadfi as the only U.S. FDA-approved quadrivalent meningococcal vaccine indicated for persons 2 through 56 years of age and older.1 MenQuadfi is the first and only quadrivalent meningococcal vaccine in the U.S. that uses tetanus toxoid as a protein carrier. It will be available in a ready-to-use liquid formulation allowing healthcare providers to avoid vaccine reconstitution.

The ongoing Phase 3 trials are investigating use in infants as young as 6 weeks of age to better address the worldwide needs for meningococcal disease prevention throughout life.

“Given the severity and unpredictability of meningococcal disease, there is a public health need to ensure immunization across multiple ages, consistent with U.S. recommendations,” said Corey Robertson, MD, Senior Director, Scientific and Medical Affairs at Sanofi Pasteur. “MenQuadfi’s pivotal clinical trials demonstrated a high immune response across all four serogroups and provides a new vaccine option to help protect an expanded age group.”

MenQuadfi’s FDA approval is based on a robust clinical program

The FDA approval is based on clinical data from five double-blind, randomized, multicenter Phase 2 and 3 trials that assessed safety and immune responses following vaccination, with nearly 5,000 persons 2 years of age and older. Based on study objectives, immune responses elicited by MenQuadfi achieved non-inferiority compared to those induced by licensed quadrivalent meningococcal vaccines. Four studies evaluated MenQuadfi in meningococcal-naïve persons; the other study evaluated MenQuadfi in persons previously immunized with a quadrivalent meningococcal vaccine. Against each of the four meningococcal serogroups (A, C, W, Y), the majority (55.4%–97.2%) of meningococcal-naïve trial participants had a vaccine-induced immune response 30 days following vaccination with MenQuadfi. Among adolescents and adults previously vaccinated, 92.2%–98.2% demonstrated an immune response against each serogroup.

Pivotal study results demonstrating MenQuadfi’s safety and effectiveness in inducing an immune response across all four serogroups have been published, including the performance of MenQuadfi in adolescents when the vaccine was co-administered with other routinely recommended vaccines,2 and its performance as a booster.3 Additional data were presented at the 2019 European Society for Paediatric Infectious Diseases Annual Meeting and IDWeek 2019.

MenQuadfi is expected to be available to providers and pharmacies nationwide in the U.S. for immunization efforts in 2021.

MenQuadfi builds on Sanofi’s legacy at the forefront of meningococcal disease prevention beginning with the first monovalent vaccine for Africa in 1974. Since then, Sanofi has worked to progressively extend protection against four of the most prevalent meningococcal disease serogroups with the first quadrivalent vaccine registered in the U.S. in 1981, followed by the first quadrivalent conjugate vaccine licensed in 2005.4

In the U.S., the Centers for Disease Control and Prevention recommends vaccination against meningococcal disease at 11-12 years of age and a second dose at 16 years of age.5 Despite strong public health recommendations, about half of teens have not received the recommended second dose of MenACWY vaccine by 17 years of age, leaving them vulnerable when they are at increased risk for the disease.6 Hundreds of cases of vaccine-preventable meningococcal disease (caused by serogroups B, C, W, Y) still occur annually in the U.S. and, despite treatment, one in five survivors suffer from permanent complications such as hearing loss, organ damage, and limb amputations.7

Around the world, meningococcal disease is highly unpredictable, and it varies widely across regions and ages. Accordingly, vaccination recommendations differ from country to country. Disease still occurs in unvaccinated individuals. MenQuadfi’s safety and effectiveness data are currently under review though not yet fully evaluated by other health authorities, including those in several other countries and the European Union, to help address their local vaccination recommendations.

MenQuadfi is a vaccine given to people 2 years of age and older to help prevent invasive meningococcal disease (including meningitis) caused by serogroups A, C, W, and Y of the bacterium N meningitidis. MenQuadfi does not prevent serogroup B disease.

Lilly Modified COVID-19 Purchase Agreement for Bamlanivimab and Etesevimab Together 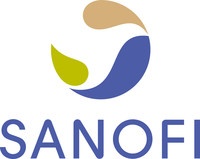 Sanofi is dedicated to supporting people through their health challenges. We are a global biopharmaceutical company focused on human health. We prevent illness with vaccines, provide innovative treatments to fight pain and ease suffering. We stand by the few who suffer from rare diseases and the millions with long-term chronic conditions.

With more than 100,000 people in 100 countries, Sanofi is transforming scientific innovation into healthcare solutions around the globe.