Novel approaches to the treatment of neurodegenerative diseases that can address the multifaceted underlying mechanisms of disease are needed. Allogeneic, undifferentiated pluripotent stem cells developed by Celavie Biosciences react to the microenvironment into which they are transplanted, multiply and differentiate according to the nature and severity of the disorder, and repair structures and restore function.

Neurodegenerative diseases include a variety of disorders characterized by progressive deterioration of the function of the central or peripheral nervous systems. Alzheimer’s and Parkinson’s diseases are two widely known examples. According to the World Health Organization, 7.1% of the global burden of disease stems from central nervous system neurological disorders and cerebrovascular diseases.

More than 6 million people worldwide live with Parkinson’s disease (PD),1 and the risk of developing this disorder is approximately 1% at age 60.2 The cause is unknown, and there is no cure at this time. Huntington’s disease is most common in populations of European descent and affects 25,000 to 30,000 individuals in the United States.3

Spinocerebellar ataxias (SCAs) include disorders associated with atrophy of the cerebellum and the spinal cord and involve progressive, symmetrical, midline, and limb ataxia, with characteristic loss of accuracy (dysmetria), rhythm (dysdiadochokinesis), and speed of movement, affecting eye movements, speech and swallowing, hand and foot coordination, station, and gait.4

Epilepsy is a central nervous system disorder in which nerve cell activity in the brain becomes disrupted, causing seizures. More than 23 million individuals worldwide suffer from epileptic seizures.1 While treatment with medication or surgery can control seizures for approximately 80% of people with epilepsy, the remainder are in need of a new medical solution.

Undifferentiated stem cells are able to react to the microenvironment into which they are transplanted. These pluripotent cells respond to biochemical and genetic cues by becoming any cell type required to repair tissues that have been damaged by chronic disease, use, or trauma. Unlike commonly used predifferentiated cells, undifferentiated cells can address diseases with complex multifactorial deficiencies in their entirety.

Celavie has shown in vitro that our stem cells are capable of maturing into a wide range of adult stem cells that can be applied to a number of diseases:

Celavie’s manufacturing process utilizes an industry-accepted, multitier cell banking system. Every bank of cells is required to meet stringent requirements for viability, genetic stability, and an absence of infectious agents before being added to a cryobank. When required for treatment, Celavie cells are thawed, reintroduced to the transportation medium, and shipped to the clinical location overnight.

Clinical-scale manufacturing is performed by our contract development and manufacturing partner Comecer America at a cGMP manufacturing center in Oxnard, California. The sterility and the integrity of the manufacturing process are realized through the use of closed-system bioreactors and automated separation and dispensing systems in full compliance with GMP requirements. The proprietary isolation technology was designed in collaboration with Comecer America and ensures the production of large banks of undifferentiated cells with uniform, reproducible, and stable qualities. The cells are grown in a specialized patented medium that allows them to maintain their genetic stability over the course of the manufacturing process.

The manufacturing process is readily scalable for commercial-scale production and banking of our cells. Proprietary culture conditions defined by Celavie’s media composition and strict environmental control allow for the production of large banks of homogeneous, genotypically, and phenotypically stable cells. A single cell line can produce up to 1 million therapeutic doses.

Our proprietary technology is also translatable among mammalian species and has been shown to produce human (OK99), equine (OK100), canine (OK200), and feline (OK300) cells that are all characterized by uniform stem cell marker expression, non-tumorigenicity, and hypo-immunogenicity, making it a true platform approach.

Successful Results in an Exploratory Clinical Trial in Parkinson’s Disease

Unlike embryonic stem cells, OK99 cells have not produced tumors when implanted into immunodeficient rats. An equine open-label study with 400 treated animals did not reveal any tumor formation during a three-year follow-up.

Most important, Celavie now has five-year follow-up data from the Company’s first-in-human Exploratory Pilot Clinical Study conducted in Mexico City under the authorization of COFEPRIS (Mexico’s FDA). This trial treated seven PD patients; there was no incidence of any lasting adverse events (no tumor formation, infection, or immune rejection), and no surgical complications associated with the stereotactic transplantation technique.

In addition, at five-year follow-up, Unified Parkinson’s Disease Rating Scale (UPDRS) III scores demonstrated arrest of, and in some patients reversal of, the progression of PD.

Based on the results of this study, Celavie Biosciences is applying to the U.S. Food and Drug Administration for a Phase I double-blind, placebo-controlled, randomized clinical trial of OK99 stem cells in patients with moderate to advanced PD. The two-part study will involve a staggered-start open-label longitudinal trial (Part 1) and a randomized, two-arm, double-blind, controlled, longitudinal trial (Part II), the latter of which will be launched only if three-month follow-up of the patients enrolled and treated in Part I reveals no permanent, serious treatment-related adverse events. The primary and secondary endpoints are safety and variable neurological, neuropsychological, and radiological evaluations, respectively.

Celavie researchers are in the process of collecting preclinical data for FDA submission for OK99 stem cells as an orphan drug for spinocerebellar ataxias, in collaboration with California State University, Northridge. Ataxic rats having received OK99 transplantation into the cerebellum displayed significantly higher motor activity scores, and sustained greater weights and longevity than control, non-treated ataxic rats. Microscopic examination of the treated animals revealed the transplanted stem cells displayed signs of purposeful migration, and neuronal development was observed in the degenerated Purkinje cell layer. These data support the initiation of a phase I clinical study in patients with spinocerebellar ataxia and other associated neurodegenerative diseases. 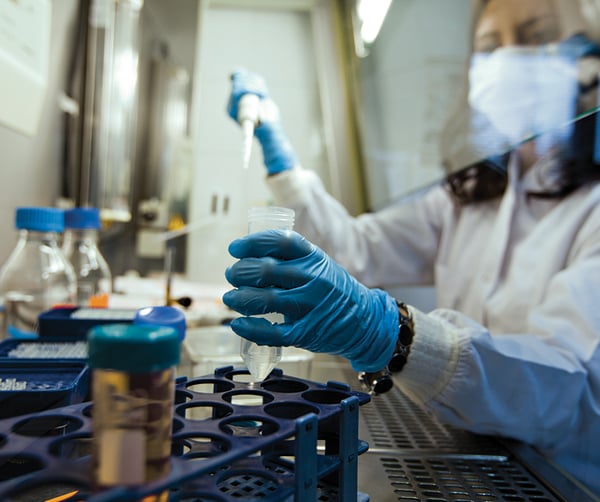 Celavie’s subsidiary, Celavet, is applying our allogeneic, undifferentiated stem cell technology to the development of veterinary medicines using our equine, canine, and feline cell lines, which are derived in the same manner as human cells and express the same markers.

Celavet’s product development is geared toward enabling injured horses to regain their fullest potential as competitors, performers, workers, and companions, with preclinical candidates targeting tendonitis (e.g., tendon injuries, bowed tendons) and musculoskeletal injuries via the transplantation of our allogeneic stem cells into ligaments and tendons. We are also developing treatments for osteoarthritis, ligament and tendon injuries, and wounds and burns in dogs. and kidney disease in cats.

To date, Celavet has treated nearly 400 horses in multiple trials at more than 35 veterinary centers around the United States. Our equine donor screening protocol and stem cell product characterization have been approved by the Center for Veterinary Medicine (CVM). Results have thus far been promising in horses with chronic tendon and ligament injuries, and disorders for which no existing treatments offer hope of recovery. We expect to obtain approval by early 2021 for Target Animal Safety (TAS) and clinical controlled studies: OK100 for the Treatment of Equine Musculoskeletal Injuries (INAD 011792).

Separately, in a pilot study conducted to evaluate the safety and efficacy of our canine OK200 stem cells for the treatment of chronic osteoarthritis and cruciate ligament injuries in dogs, both safety and the promise of efficacy were observed. In a compassionate-use case, an abused pit bull with severe third-degree burns to all four paws with no skin remaining was treated with OK200 stem cells. The cells were injected in a circular pattern around the rim of each pad, with a scaffold applied to hold them in place and provide a surface for attachment. The paws were then wrapped and bandaged. After just five weeks, nearly total restoration of the paws was achieved with no formation of scar tissue.

Based on these results, Celavet is committed to conducting a preclinical study on the use of OK200 stem cells for the treatment of chronic wounds and burns and will be submitting an Investigational New Animal Drug (INAD) application.

It is not only Celavie’s choice of undifferentiated stem cells that sets us apart from other stem cell therapy developers. We benefit from the unique perspective I bring as CEO of Celavie, as the Founder and CEO of Sweet Street®, the global leader in the manufacture of frozen gourmet desserts, employing 700 people worldwide and the holder of 17 U.S. copyrights and patents for the design of food products and packaging.

My experience overseeing a team of 15 QA and R&D managers at Sweet Street has been directly translatable from food to biotech. Both companies must comply with FDA and USDA guidelines participating in yearly inspections by those agencies, and both operate under a detailed system of SOPs and GMPs.

Speed to market is essential for success in each business. This becomes even more important when the technology is novel as it is with Celavie. Thus, we invested early on in our platform manufacturing system, allowing us to manufacture human, canine, or equine cell banks without needing to download our technology to a CMO. We are fortunate to have the inventor of our novel technology and co-founder of Celavie, Dr. Oleg Kopyov, MD, Ph.D., continuing to lead the discovery and direction of our science today in his role as CSO. One of his many talents is his ability to explain the science and technology to non-scientifically trained individuals. This has enabled me to envision potential novel directions for research and find the resources to pursue and execute on them.

My ability to coalesce the team to develop a strategy and resolve challenges is more important today, as Celavie has pending FDA IND applications for Cerebellar Ataxia (SCA1) and Parkinson’s Disease, as well as the FDA CVM INADs for Equine and Canine Musculoskeletal Injuries. The trust we have built internally is proving to be a strong weapon in executing on the consistent work done over these past 14 years.

Our mission at Celavie is to deliver effective new restorative treatments for degenerative diseases, such as Parkinson’s Disease and other disabling disorders, for which there are no cures. We believe our stem cells, with their restorative power and versatility to translate into multiple tissues, represent humanity’s best hope for a cure for many unaddressed or underserved degenerative diseases and injuries. The next several years will be exciting for Celavie as we advance into larger and later-stage clinical trials, expand our range of preclinical studies, and demonstrate the full potential of our unique cell therapy platform technology.

Sandy Solmon is CEO, President and lead investor in Celavie Biosciences LLC, a private company whose mission is to improve lives and restore hope by advancing regenerative stem cell therapies for the treatment of Parkinson’s disease and other central nervous system disorders. A dynamic entrepreneur recognized for innovation, philanthropy, and cutting-edge research, Sandy is also the founder and CEO of Sweet Street Desserts®, the world’s largest manufacturer of frozen gourmet desserts reaching over 70 countries.

How Does Altis Biosystems Envision the Future of the Pharma/Biopharma Industry?