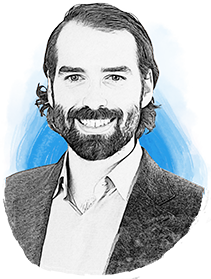 Mr. Barrow is an accomplished pharmaceutical executive and clinical pharmacologist with over a decade of experience leading drug development programs in a variety of disease areas. After joining MindMed as Chief Development Officer in January 2021, he was named CEO in June 2021. Mr. Barrow previously served as Director of Drug Development and Discovery at Usona Institute, where he oversaw preclinical, clinical, and regulatory development efforts for all of Usona’s development programs. Prior to joining Usona, Mr. Barrow served as Chief Operating Officer of Olatec Therapeutics, where he oversaw the execution of numerous early- and late-stage clinical trials in the fields of analgesics, rheumatology, immunology, and cardiovascular disease. In addition, he has been responsible for the design and execution of preclinical research programs for new molecular entity drugs in CNS conditions, such as multiple sclerosis, Alzheimer’s disease, and Parkinson’s disease. Mr. Barrow holds a master’s degree in pharmacology from The Ohio State University and a Bachelor of Science degree from Wake Forest University, where he graduated summa cum laude.