The Advanced Therapeutics Issue Feature: Inside the World of Orphan Drugs

Since the passage of the Orphan Drug Act in 1983, the number of approvals for rare disease indications and orphan drugs has increased dramatically. The approval rate has been further accelerated since the implementation of the Food and Drug Administration’s (FDA) orphan drug modernization plan. 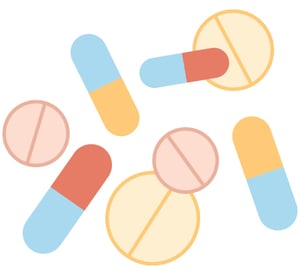 Orphan drugs are intended to treat diseases that affect a limited number of people (<200,000 in the United States). There are currently 7,000–8,000 rare diseases known today, many of which affect children. Before passage of the Orphan Drug Act (ODA) in 1983, which provides financial incentives in the form of tax breaks and patent exclusivity, only a few orphan drugs had been approved in the United States to treat rare diseases — just 34 from 1967 to 1983.1 By mid-2018, nearly 7,400 orphan drug designation requests were submitted to the FDA, and, as of August 2018, a total of 503 unique orphan drugs had been approved for 731 different orphan indications. Of those approved drugs, 78% had orphan-only indications.

Approval of orphan designations and orphan drugs has accelerated in the United States over the last 2.5 years due to the implementation of the FDA’s orphan drug modernization plan, which is intended to eliminate the backlog of existing designation requests and ensure timely review of new applications.2 The greatest number of new orphan drug designations and approvals since passage of the ODA were granted by the FDA in 2017 and 2018,1 and 2019 appears to be on a similar track.

Even though many gene therapies target rare diseases, there are questions about how the FDA characterizes gene therapy products for purposes of orphan drug exclusivity.

A similar situation is occurring in Europe. Orphan drug approvals by the European Medicine Agency (EMA) more than doubled from eight in 2017 to 17 in 2018, accounting for nearly 29% and 38% of all new drug approvals, respectively.4 Notably, the accumulated number of orphan drug designations granted by the FDA is more than that issued by the EMA and nearly 10 times greater than the number granted by Japan’s Ministry of Health, Labor and Welfare.2

Furthermore, by 2024, drug candidates currently in the R&D pipeline that have orphan drug designations are expected to account for slightly more than one-third of all sales generated by all pipeline products between 2018 and 2024.2 Evaluate Pharma also predicts that 40% of the top 20 candidate orphan drugs could be blockbusters.

Oncology is by far the top therapy area today, and it is expected to remain so going forward. Beyond cancer drugs, the focus is primarily on treatments for blood and central nervous system disorders.2

Pediatric indications appeared in approximately one-third of orphan drug approvals between 2000 and 2017, including treatments for inherited blood disorders and metabolic disorders, rare cancers, infectious diseases and auto-inflammatory diseases and disorders, as well as antidotes and medical countermeasures.5

In 2017, novel orphan drugs were approved by the FDA to treat patients with lysosomal storage disorders, neuromuscular diseases, such as spinal muscular atrophy (SMA) and amyotrophic lateral sclerosis (ALS), and hemophilia A (the first non-blood product). A new antisense oligonucleotide drug and an effective gene therapy were also approved that year.1

The first two gene therapies were approved by the FDA in 2017, and numerous candidates are rapidly progressing through clinical trials. Even though many gene therapies target rare diseases, there are questions about how the FDA characterizes gene therapy products for purposes of orphan drug exclusivity.7

Specifically, the question relates to whether the FDA considers the transgene component of a gene therapy by itself or the combination of the transgene and the virus or viral vector used to deliver it. The agency’s definition must be known in order to determine whether another drug product is the same or different from a gene therapy that has been granted orphan drug designation and thus has patent exclusivity.

Recent comments by the FDA’s Office of Orphan Products Development (OOPD) suggest that the agency considers a gene therapy to be the combination of the transgene plus the delivery vehicle for purposes of determining the sameness of different drug products.7 Under this approach, two gene therapies with the same transgene but different viral vectors would be different products, while those with the same transgenes and only slight differences in the vectors (serotypes or promoter regions) may be considered the same drugs.

2021 Roundup: The Year of Cell and Gene Therapy

Expanding the Cell and Gene Therapy Ecosystem in Philadelphia