Within the parenteral route of administration, lyophilized products are increasing in application. In many biologic therapies for example, lyophilization is used to extend shelf life because the product is not stable in liquid form.  With biologics accounting for approximately one-third of all new drug approvals and over 50% of drugs in the clinical pipeline, the demand for lyophilization is expected to increase.1

The Challenge of Glass Breakage During Lyophilization

Lyo-breakage is generally not a routine occurrence; however, even at a persistent low frequency it can have significant cost and operational impacts.  There is the obvious cost of lost product in the broken doses and doses potentially contaminated by the breakage, but there are also other, less obvious costs. Lyophilization of injectable drugs is a lengthy process, performed in costly equipment and under tightly controlled environmental and thermo-mechanical conditions; any product-loss, or time-loss due to cleanups, typically means significant cost-lost. If the broken dose is cytotoxic or an otherwise a dangerous substance, there is an even greater risk to safety.

Lyophilization is a demanding process on the primary container. There can be significant side-load force during vial transfer in/out of the lyophilizer; dramatic temperature cycles range from ambient to cryogenic; phase changes involvie all three states-of-matter; and finally, there are significant vertical-load forces during stopper closure. Lyo-breakage can occur when individual, or combined, mechanical load, thermal shock, and/or drug product expansion forces concentrate at an otherwise insignificant flaw in a vial.

While the mechanism of lyo-breakage is not fully known and has been largely attributed to thermal stress, current studies suggest a primary source of failure is the expansion force of the drug product during freezing.2

Regardless of the exact cause for lyo-breakage, it seems logical that stronger vials may lead to a reduced likelihood of occurrence. For low volume fills, the traditional vial-of-choice has been thin-walled glass vials with squared-off shoulders and base, cylindrical sidewalls and flattened bases to promote heat transfer. However, for larger fills (20ml – 100ml), molded serum vials as described in ISO-8362-4, and having a much heavier wall, are frequently used.

Recognizing there was an intermediate design, which could be optimized for lyophilization, SGD Pharma developed the EasyLyo vial range. EasyLyo vials combine the strength and chemical durability of molded vials with the geometry and visual characteristics of thin-walled vials.

Technical studies of breakage rates and heat-transfer capability in lyo have shown favorable results for EasyLyo vials. They tested at five-to-ten times stronger than thin-walled vials with respect to side-load and vertical-load fractures. In lyo-breakage tests, using a worst-case formulation and cycle designed to break vials, EasyLyo vials performed better than both traditional thin-walled vials and standard molded vials, despite being 33% lighter than the standard molded vials! In heat-transfer studies, the flat base, squared-off shoulder and heel, and uniform sidewall thickness of the EasyLyo vials yielded performance results within 5% of the traditional thin-walled vials.

Outside of lyophilization applications, manufacturers of liquid fills have found another advantage. They have avoided some glass delamination concerns by switching to 5ml and 20ml EasyLyo vials, which are the same size as the thin-walled vials they were using, and — because the body diameters were the same — there was no need for major changes on the filling line and labeling remained the same.

EasyLyo vials are available an ISO 20mm standard neck finish in clear, or amber, USP/EP Type I glass. Nominal fills range from 5ml to 100ml and for either lyophilized or liquid fills, EasyLyo 20ml, 25ml and 50ml vials are available in a ready-to-use (RTU) format, trademarked under SGD Pharma Sterinity tradename and utilizing the Ompi EZ-Fill platform. Due to the uniformity and improved cosmetic nature of the EasyLyo sidewall, these vials offer better inspectability compared to standard molded vials. 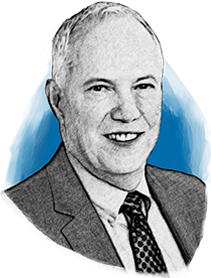 Kevin McLean is responsible for team serving quality and technical requirements of SGD Pharma clients in North and South America. He serves as the voice of the customer to SGD’s five plants around the world and the central office in Paris. Mr. McLean has been a part of SGD Pharma Packaging for 13 yearsHe is an active member of the PDA, ISPE, AAPS, ASQ and USP glass chapter expert panel and has a BS in Chemical Engineering.

The Future of Sterile Fill/Finish