Accurately Recapitulating Environmental Niches in In Vitro Models of the Intestine

Advanced microphysiological systems can replicate aspects of intestinal complexity, such as epithelium self-renewal by stem cells in in vitro crypts or the interactions of microbes and intestinal epithelium mediated by a mucus layer. Availability of such models is key to progress in compound screening, disease modeling, and microbiome research.

A niche is a multidimensional space of resources and conditions that define where an organism can survive and grow. One might typically think about an ecological niche — where a certain species can live and reproduce, as well as how it impacts its environment. Within the intestine, it refers to where specific cell types or microbes reside and how their interactions and relative proportions in the population impact survival and maintenance of the microenviroment. There are multiple intestinal niches of interest, including the local environment of the intestinal crypt that enables maintenance of the intestinal stem cell population, distinct gut regions, and the various microbial ecosystems across or within individuals. Key questions in intestinal health and disease require an understanding of how changes in intestinal niches cause, perpetuate, or allow recovery from injury.

Niches in the Gut

Throughout the entirety of the intestine, stem cells reside in pockets referred to as crypts. Gradients in extracellular matrix components, as well as matrix stiffness and the presence of physical binding sites, allow the stem cells to establish themselves within these niches in the intestine and coexist with differentiated cells. Intestinal stem cells divide rapidly, continually replacing differentiated cells which, in the human colon, live only around five days.

There are distinct regions within the gastrointestinal tract, which starts with the mouth and ends with the anus. Within the gut specifically, there are important differences between the small and large intestines. The small intestine comprises three distinct regions: duodenum, jejunum, and ileum. The large intestine, or colon, comprises the ascending, transverse, and descending colon. The small intestine is covered in projections called villi, which expand the surface area of absorptive enterocytes in order to facilitate nutrient absorption. The colon, on the other hand, is mostly flat, except for the crypts where intestinal stem cells reside. Oxygen concentration and pH vary along the length of the gut. High luminal acidity at the beginning of the small intestine gradually decreases as the distance from the stomach itself increases. Likewise, oxygen levels are comparatively high at the duodenum and decrease along the length of the intestine. The differentiated, absorptive cells found in the colon receive oxygen from the basal side via the vasculature, but are adapted to living in a low-oxygen environment.

Differences observed in the various gut regions contribute to and are impacted by the different bacterial ecosystems they contain. Facultative anaerobes, which prefer anerobic environments but can survive in the presence of some oxygen, are found in the small intestine. Meanwhile, obligate anaerobes can typically only establish a presence in the large intestine, where generally higher biomass contributes to the maintenance of anaerobic conditions. Nutrient availability directly influences the composition of the gut microbiome, as different microbial species require different nutrients to become established. Diet plays an important role in nutrient availability, which is then modulated by both the organism’s nutrient absorption and microbial nutrient utilization. The mucous layer in the gut plays an important role in gut health by protecting the intestinal epithelium and supporting the many microbes that reside in and feed on the mucus itself. Disruptions to the established microbiome enable competitor microbes to displace resident microbes. This may be caused by the introduction of a new nutrient or changes in the mucous layer, which could occur as the result of inflammation due to disease or consumption of antibiotics or other medicines.

Many open questions pertaining to health and disease of the intestinal epithelium are challenging to address, owing to the complexity of the tissue and its multitude of niches. Monolayer cultures of Caco-2 cells, a commonly used human colorectal tumor cell line, are not capable of replicating this complexity. While animal models possess system complexity, it is frequently difficult to modulate and control the desired experimental parameters in in vivo studies. Additionally, the intestinal systems and diets of most animals differ dramatically from those of humans. The use of inappropriate model systems in drug development can result in ineffective drugs reaching clinical trials and the failure to investigate potentially useful therapeutics.

Altis Biosystems is developing in vitro human gut models for use in various applications. These RepliGut models are derived from human donor stem cells. One of the big advantages we have is access to a bank of human intestinal systems from multiple donors. In addition to the ability to compare cells from different donors, we are also able to grow cells from multiple gut regions from each donor. While differentiated monolayers from all gut regions express absorptive markers and goblet cells as expected, we do observe differences in terms of morphology and transepithelial electrical resistance (TEER; a measure of barrier function) profiles between monolayers derived from small intestine and colon stem cells. Models based on Caco-2 cells do not provide any opportunity to probe regional differences as they pertain to a given hypothesis or effect. With RepliGut, however, we can investigate how a compound (or microbe) impacts the epithelium in a certain region of the intestine. That makes it possible to study variation across the length of the entire intestine within and between individuals. All RepliGut platforms use Transwell-style inserts, which allows for multiple treatments on each plate and side-specific (apical or basal) testing. This approach also makes our platforms simple to use; no pumps or complex systems are required, as with microfluidic devices.

Our workhorse platform is a planar model (RepliGut Planar) based on human stem cells that are expanded and then differentiated to recreate the human small intestine or colonic epithelium for compound screening. Thus, it is possible to study cells in the stem or differentiated state independently. This planar system enables numerous assays on primary human gut epithelium, such as permeability, transport, toxicity, gene expression, protein expression, and high-content imaging. This platform is available as a kit in 12- and 96-well plate formats.

Some applications may require additional features beyond what is achieved with RepliGut Planar. Altis’ RepliGut 3D platform involves replication of the three-dimensional complexity of the gut epithelium in which multiple different cell types (including stem, absorptive, and goblet cells) coexist in a physiologically relevant spatial scale and configuration. RepliGut 3D uses micro-molded collagen gel to make crypt-like structures. This architecture allows for the establishment of growth factor gradients along the length of the crypt. As a result, we can maintain a stem cell population at the base of the in vitro crypts, while simultaneously supporting a self-renewing, differentiated monolayer on the top surface of the scaffold. The migration of differentiating cells up the walls of the crypts also mimics what is observed in vivo.

This model allows quantification of different cell types by zone along the crypt using confocal imaging and is of interest to drug developers with candidates that may influence stem cell differentiation pathways or for which long-term toxicity information is needed. Indeed, the U.S. FDA would like to see microphysiological systems with six-month cultures to enable long-term toxicology studies. The 3D geometry also allows for apical compound application in which differentiated and stem cells will receive slightly different dosing in a more biomimetic fashion, as a result of compound metabolism along the length of the crypt. This is useful for identifying effective dosing levels that also minimize undesired effects on the stem or differentiated cell compartment.

To supplement RepliGut 3D, we are also developing a 2D model that can be conceptualized as a flattened version of the intestinal epithelium, with its crypt-like structures. This model consists of an array of proliferating spots surrounded by differentiated cells. To achieve this goal, we are using a patterned substrate that has holes in it. Cells above the holes are exposed to expansion media and stem cell cues from the bottom, while cells physically distant on the surface from those holes are only exposed to differentiation media in the top compartment. In this manner, a self-renewing culture is generated with both differentiating and differentiated cells, while easier imaging renders the platform more high-throughput.

It is difficult to model something you don’t understand and hard to understand something you can’t study. The stem cell niche/crypt plays an important role in controlling homeostasis and regeneration after injury or inflammation. There is a lot of interest in using cells from an inflammatory bowel disease (IBD) donor in the RepliGut model, but since IBD is not well understood, there is no assurance that the cells would continue to have an IBD phenotype.

A 3D model that presents a more complex view of the intestine and can be manipulated more easily than an in vivo study could potentially be useful for investigating changes that occur after injury, such as changes in the percentage of the crypt that is proliferative. The 3D RepliGut model could thus be interesting to developers looking at disease models for IBD.

Our anaerobic platform incorporates an oxygen gradient and mucous layer into the RepliGut Planar model to more accurately recapitulate the environment in which the intestinal epithelium resides in vivo. The goal is to design a system within which cells can be cultured with a wide variety of bacteria. The anaerobic system we have established to date allows us to culture differentiated cells in an anaerobic chamber, and we have shown that facultative and some obligate anaerobes can survive under these conditions.

One of the big challenges has been developing a physiologically relevant mucous layer. Having that layer is essential, because many bacteria of interest kill the epithelial layer when in direct contact with it. One of the common methods for generating a mucous layer in a culture is to create an air–liquid interface. Yet, a layer of media is required to grow many relevant bacteria. We are therefore focusing on identifying solutions for generating more robust, impermeable mucous layers that will allow longer-term cultures with multiple bacteria.

Our approach in its current form has some important advantages. It is in fact fairly self-sufficient, straightforward, and easy to use. It does not require any external gas source, pump for media flow, or external anaerobic chambers to perform cell culture. Ultimately readouts common for RepliGut Planar will be available for this system, including TEER, permeability, gene expression, protein secretion, and various immunostaining assays.

Overall, our goal at Altis is to provide drug developers with a suite of human in vitro gut models for many different applications. By offering multiple platforms, we will be maximally leveraging our donor bank. RepliGut Planar is the simplest tool and can answer many fundamental research questions. For clients with more complex needs, our anaerobic or crypt-based 2D and 3D models may be more appropriate, with the 2D option offering a more high-throughput but simpler option. Ultimately, our ability to effectively address research questions and to assess approaches for improving human health depends on the availability of useful model systems. 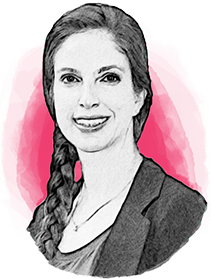 Liz comes to Altis Biosystems from KBI Biopharma, where she was a Process Development Scientist I in Cell Line Development. Prior to working at KBI, she completed a postdoc at The Georgia Institute of Technology and received her Ph.D. in biomedical engineering from The City College of New York (CCNY). Her expertise is in biomaterials and cellular & organ biomechanics. At Altis, Liz is working on the development of scaffolds and a 3D RepliGut Crypt model.