A New Approach for Diseases Associated with BH4-Dependent Enzymatic Pathways

The Importance of Intracellular Tetrahydrobiopterin and Its Precursor Sepiapterin

Censa Pharmaceuticals is focused on developing CNSA-001 for the treatment of phenylketonuria (PKU) and primary BH4 deficiency (PBD). There are more than 1,000 possible unique mutations in the PAH gene, resulting in abnormal function of PAH and accumulation of neurotoxic levels of the amino acid phenylalanine (Phe). Approximately one of every 15,000 babies is born with PKU, which can lead to permanent intellectual disability, seizures, delayed development, behavioral problems, and psychiatric disorders. PBD is a rare disease caused by a deficiency in one of the pathways responsible for the production of BH4. The disease can result in intellectual disability, seizures, disorders of movement, swallowing, thermoregulation, and behavioral disorders.

The main treatment for PKU includes a special diet with limited intake of protein to avoid phenylalanine consumption combined with nutritional supplementation to ensure that sufficient Phe-free protein is consumed. The FDA also approved Kuvan® (sapropterin dihydrochloride, BioMarin), a synthetic form of BH4. Unfortunately, sapropterin is rapidly oxidized once taken orally, does not penetrate cells or the blood–brain barrier efficiently, delivers suboptimal clinical benefits, and has seen limited adoption by the PKU population. A daily injectable medication [PALYNZIQ® (pegvaliase-pqpz), BioMarin] is also available, but it is associated with significant side effects and is approved in the United States for adults only under a Risk Evaluation and Mitigation Strategy (REMS) program.

Censa Pharmaceuticals is focused on developing CNSA-001 for the treatment of phenylketonuria (PKU) and primary BH4 deficiency (PBD).

It has been demonstrated in vivo that dose-dependent increases in intracellular BH4 can improve the enzymatic function of PAH in PKU patients and/or other abnormal function of BH4-dependent enzymes.1 Sepiapterin is a natural precursor of BH4 and is converted to BH4 intracellularly. Sepiapterin has substantial pharmacological advantages over sapropterin that include better plasma stability, preferential transport across cell membranes leading to rapid increase in intracellular BH4 levels, penetration of the blood-brain barrier, and possible direct effect on enzymatic function. CNSA-001 has been shown in early clinical studies to induce a higher intracellular concentration of tetrahydrobiopterin if compared to sapropterin and to have the ability to potentially normalize neurotransmitter production.1

The unmet medical needs of PKU and PBD patients are substantial, and there is a significant opportunity for an effective and well-tolerated oral agent to be recommended by healthcare providers and be used widely by patients. CNSA-001 met its primary and secondary endpoints in its phase II study, achieving a statistically significant and clinically meaningful reduction in blood Phe levels compared with both baseline and an active control group (Kuvan®) in mild, moderate, and severe PKU patients. In addition, CNSA-001 was well tolerated with no serious adverse events or study discontinuations. Censa is currently focused on getting CNSA-001 approved for the treatment of PKU and PBD, with plans to conduct two phase III studies in the near future.

Going Beyond PKU and PBD

CNSA-001 could also be developed in the future for the treatment of other diseases that involve other BH4–dependent enzymes, such as Parkinson’s disease and gastroparesis. If successful, we anticipate partnering such programs with larger pharma companies that have the financial resources and commercial infrastructure sufficient to support the commercialization of products for such larger indications. 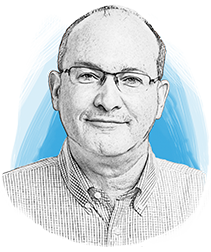 Jonathan Reis has over 25 years of executive management experience in the life science industry, including the roles of President of Cardioresponse, Vice President of Coordinated Care Solutions, Managing Partner of Extera, Managing Director & Head Life Sciences at Armory Securities, Board Member of Janus Biotherapeutics, Atacama Therapeutics & Acer Therapeutics, and multiple corporate development roles with small to midsize life science companies. Jonathan earned his MD from the Technion Institute of Technology and his MBA from the Harvard Business School.