The Russian market presents new growth opportunities for pharmaceutical companies with manufacturing capabilities within the country. Servier Group is well-positioned to serve the market directly with a wide range of solid oral dose products, while Servier CDMO can support other pharmaceutical companies looking to leverage the growth potential but who lack in-country production facilities.

Following a period of recession, the Russian economy has strengthened and in some sectors, such as pharmaceuticals, is experiencing healthy growth. According to market research firm GlobalData, the Russian pharmaceutical market was valued at $20.91 billion in 2016 and expanding at a compound annual growth rate of 13% to reach $38.56 billion by 2021.1

In response to this situation, the Russian government introduced the “Development of the Pharmaceutical and Medical Industry for 2013-2020,” or the “Pharma 2020” strategy, in 2009. The goal of Pharma 2020 is to raise the market share of drugs produced within Russia to 50% by 2020. In addition, 90% of the drugs on the List of Vital and Essential Medicines (ZHNVLP) should be produced in the country. Perhaps most ambitiously, the strategy includes a goal of having Russia produce innovative drugs that currently have no Russian-manufactured equivalents.3

A number of laws and regulations have also been implemented. For instance, domestic drug manufacturers can receive significant cash subsidies, and foreign manufacturers cannot participate in public tendering.3

The first phase of the Pharma 2020 strategy (2009-2012) focused on the construction of new manufacturing facilities and investment in R&D, while the second phase (2012-2017) involves domestic production of generics and implementation of an import substation policy. In the last phase (2018-2020), the emphasis will be on increasing exports.3

This plan has already had an impact, according to Russian President Vladimir Putin, who indicated at the Quality and Affordable Medicine forum that in 2012 just 93 of the drugs on the ZHNVLP list were produced in Russia, with an additional 267 produced by joint ventures comprising Russian and foreign companies, while in December 2014, 413 of the 608 drugs on the list were manufactured in Russia.3

Servier offers high-quality production grounded in 10 years of local operation, combined with the decades of experience and know-how of the internationally recognized Servier Group.

In addition to developing its domestic pharmaceutical industry, Russia has also been participating in the new Eurasian Economic Union (EEU), which was established in 2014 with the goal of forming a larger economic trading group that would be more competitive with the European Union, the United States and other large nations.

The EEU includes Belarus, Kazakhstan, Armenia and Kyrgyzstan, along with Russia, and is a single market with over 180 million people. During its first two years, the Union has had some success at achieving mutual trade but continues to work to eliminate many internal barriers and establish free trade agreements abroad.

For Russian drug manufacturers, this common market represents a real opportunity. Most notably, the centralization of applications for marketing authorization (MA) in the form of mutual recognition is considered a part of the union’s framework. Thus, a marketing authorization should be granted for all member countries if it is — or has been — issued in one of these countries.

Servier has been present in Russia for more than 30 years and is recognized as a leader in the Russian prescription drug market. The first research partnership agreement with Russian clinical research centers was signed in 1984. The first Servier Group subsidiary in Russia, ZAO Servier, was created in 1992, followed by the launch of the International Centre for Therapeutic Research (ICTR) in 1999, which allows the implementation and monitoring of clinical trials and thus registration of Servier drugs with Russian health authorities.

The company has been providing drug products to the Russian market since 2008, following the construction of its production site in Sophyno in Moscow in 2007. The company initially performed packaging activities, adding full final dosage manufacturing capabilities in 2010.

Sevier currently employs over 1,200 people in Russia. The Sophyno plant has a very low turnover of 3%, compared to an average turnover in the Russian labor market of 25%. Zao Servier is the private market leader for Russian prescriptions drugs, contributing to up to 10% of the Group’s yields. Importantly, 98% of Servier products sold in the Russian market are produced in this facility close to Moscow (only one syrup product is contracted to a local manufacturer).

While most Big Pharma companies are present in some form in the Russian market, many have not yet invested in local production facilities. They have taken a “wait-and-see” approach with respect to finalization of Russia’s Pharma 2020 strategy.

With implementation of the Pharma 2020 strategy progressing and the potential to serve a much wider Eurasian Economic Union, the need for a highly efficient and clearly defined, functional supply chain has become significant. Servier has
responded by actively building a new organization with a sales subsidiary designed to manage the complexity of logistics and distribution in such an enormous country, as well as the additional supply chain issues posed by serving other EEU countries. Planning is required to ensure that manufacturing and packaging schedules are sufficient to meet the expanding needs of the marketplace, manage the various warehouse partners and produce products that meet the requirements of different pharmacy chains and distributors.

In addition, given the sizable opportunity presented by the Russian market and its participation in the EEU, it is imperative for Servier and the Serdix facility to extend its technology offerings. Servier therefore continually invests in both new equipment and capabilities designed to improve production efficiencies and/or provide new products. Most recently, the company made a €3.5 million investment in a new encapsulation machine and tablet press, adding to its established granulation and tableting capabilities. Both of these new pieces of equipment, as well as other systems at the facility, are intended for the production of Servier products but also have available capacity for customers of Servier CDMO.

Servier’s plant has been operating for 10 years, and in that time has received only favorable reviews from Russian authorities (the latest in 2016) and new clients of Servier CDMO. In fact, Servier has a highly developed global quality systems management infrastructure that proactively assures the implementation of quality assurance/quality control best practices. As a result, the same quality and management systems and advanced technologies used in Servier’s European facilities are employed at the Serdix site, including Good Manufacturing Practices.

Servier also has a code of conduct and is committed to operational excellence. The company has developed both corporate social responsibility and health, security and environment policies, taking a holistic approach to ensuring the quality of its products and the protection of its employees and the environment. An anti-bribery program has also been launched at the Serdix plant, and all staff have been trained.

Russia is a difficult market to not only penetrate, but also participate. The Russian people are, however, eager for access to high-quality medicines, and their government is working to establish a better healthcare system.

While most Big Pharma companies are present in some form in the Russian market, many have not yet invested in local production facilities. They have taken a “wait-and-see” approach with respect to finalization of Russia’s Pharma 2020 strategy.

Servier, on the other hand, has taken a proactive approach and established one of the most advanced, state-of-the-art GMP manufacturing facilities for oral solid dosage drugs in Russia. Servier offers high-quality production grounded in 10 years of local operation, combined with the decades of experience and know-how of the internationally recognized Servier Group.

For the last three years, Sevier CDMO has been offering contract development and manufacturing services to pharmaceutical clients. All of that experience and expertise enables Servier CDMO to provide high-quality contract manufacturing services at our Serdix facility to pharmaceutical companies looking to participate in the growing Russian market, but without the resources to invest in local, in-house capabilities. 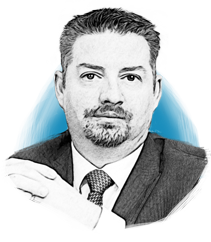 An engineer by background, Renaud has worked for more than 10 years in FMCG companies in Europe in managerial positions. He joined Gidy 10 years ago as Production Manager, before moving on as the Production Unit Manager for liquids and dry forms. Renaud has been responsible for the Serdix production site for four years, and has developed the local CDMO’s offering. In his role, Renaud analyzes and proposes the best technical and commercial answer for the localization of products in Russia.

Novo Holdings Portfolio Company ReViral to be Acquired by Pfizer