Antibody–drug conjugates (ADCs) have generated significant interest in the medical community, but issues with ADC toxicity persist. Immunomedics has combined unique targets with its proprietary pH-sensitive linker technology and a payload with moderate toxicity to generate a differentiated ADC platform.

From Discovery to Development Company

Immunomedics is a nearly 40-year-old company initially founded to focus on discovery and early research. In early 2017, a new board and management team began transforming the company into a leading biopharmaceutical organization, with full drug development and commercialization capability, that leverages its novel ADC technology developed internally over the last 10–12 years.

The Immunomedics ADC platform technology is completely differentiated from other ADC approaches, because it combines unique tumor targets with a proprietary linker technology and a chemotherapy agent that is highly effective and well tolerated when directed to the tumor and the tumor microenvironment.

The proprietary linker, CL2A, was designed for targeted delivery of the cytotoxic SN-38. SN-38 is about three orders of magnitude more potent than irinotecan, its parent drug, and cannot be administered systemically to patients because of its poor solubility and toxicity. To improve its solubility, a short polyethylene glycol (PEG) moiety was added to the CL2A linker. The CL2A linker allows the conjugation of SN-38 with antibodies to form water-soluble ADCs that preserve antibody binding and drug activity.

The unique feature of the ADC linker technology is that the linkage between CL2A and SN-38 is sensitive to both acidic and alkaline conditions. In serum, the rate of detachment of SN-38 is approximately 50% per day.

The linker technology allows the toxin to be released inside the tumor cell and in the acidic tumor microenvironment without the requirement of an enzyme. Thus, it has the potential to deliver SN-38 to tumor cells, regardless of whether the cell expresses the target receptor.

Another advantage of CL2A as a linker is the high drug-to-antibody ratio that can be achieved. When the ADCs bind to their targets on cancer cells, they deliver up to eight molecules of SN-38 per antibody molecule inside the tumor cell and the tumor microenvironment. This ability to deliver so much cytotoxic agent per ADC may explain why, in an animal model, the ADCs deliver more than 120 times the amount of SN-38 than when irinotecan is administered intravenously.

Immunomedics’ lead candidate sacituzumab govitecan (IMMU-132), which comprises an anti-Trop-2 antibody linked to SN-38 via the CL2A linker, is attracting interest because it targets an antigen not previously recognized as important until the company validated it as a viable target. Trop-2 is expressed in many epithelial tumors, opening the possibility for sacituzumab govitecan to treat multiple cancer types.

Sacituzumab govitecan is being evaluated in advanced clinical trials for a number of solid tumors and has received Breakthrough Therapy Designation from the U.S. FDA for the treatment of patients with metastatic triple-negative breast cancer (mTNBC) who have received at least two prior therapies for metastatic disease.

There are currently no approved treatment options for patients with previously treated mTNBC, one of the most aggressive forms of breast cancer and one that is more prevalent among young women and among women of African and Latino descent. Generally, breast cancer can be treated by targeting one or more of three receptors on the tumor cells: human epidermal growth factor receptor 2 (HER2), estrogen receptor (ER), and progesterone receptor (PR). TNBC cells lack all three receptors, so it is much harder to target.

Around 90% of TNBC cells express the Trop-2 receptor, suggesting that sacituzumab govitecan may provide important benefits in this indication. Sacituzumab govitecan has shown potential best-in-disease efficacy in clinical studies, including an ORR of 33.3% in 108 heavily pre-treated patients with mTNBC. The company resubmitted its Biologics License Application for accelerated approval of sacituzumab govitecan in mTNBC in December 2019 and has a PDUFA target action date of June 2, 2020. Immunomedics also recently announced that the confirmatory 500-patient ASCENT study in mTNBC was stopped early due to compelling efficacy across multiple endpoints, based on the unanimous recommendation of the Data Safety Monitoring Committee. Topline results from the ASCENT study are expected by mid-2020.

The company also has registrational-oriented studies for sacituzumab govitecan in metastatic urothelial cancer (mUC) and in HR+/ HER2– metastatic breast cancer (mBC). Sacituzumab govitecan has shown differentiated safety and efficacy profiles in both indications, based on preliminary phase II data, and recently received a Fast Track designation from the FDA for mUC. A phase II study of a 100-patient cohort of the TROPHY-U01 study completed enrollment in the fall of 2019. The company expects to complete enrollment for its registrational phase III TROPiCS-02 study in HR+ mBC with ~400 patients by the end of 2020 and has an ongoing Trop-2-enriched basket study (TROPiCS-03) examining the correlation between Trop-2 enrichment in specific tumors and the effectiveness of sacituzumab govitecan. The lead indication to generate the signal is non-small cell lung cancer (NSCLC).

To further accelerate clinical and preclinical development, Immunomedics has entered into clinical collaborations with AstraZeneca to investigate IMMU-132 in earlier lines of therapy for mTNBC, advanced UC, and metastatic non-small cell lung cancer in combination with its checkpoint inhibitor; with Clovis to combine with its PARP inhibitor in mTNBC, advanced UC, and ovarian cancer; with Roche to initiate a phase Ib/II study comparing the safety and efficacy of the combination of atezolizumab (Tecentriq®) and sacituzumab govitecan as a frontline treatment for metastatic or inoperable locally advanced mTNBC versus atezolizumab plus nab-paclitaxel as standard of care; and with the University of Wisconsin on a clinical study in prostate cancer.

In addition, Immunomedics is conducting a phase III study to explore the potential of sacituzumab govitecan as an adjuvant or neoadjuvant therapy, with the hope that it may be an alternative to traditional chemotherapy in the earlier stages of breast cancer prior to the tumor becoming metastatic.

Much Accomplished and More to Come

Over the past three years, Immunomedics has executed an ambitious agenda, with significant accomplishments across registration-oriented clinical programs, expanding the global supply chain to ensure supply continuity across clinical trial and future potential commercial demand, executing on differentiated business development transactions, raising over a billion dollars in capital, and establishing an industry-leading commercial infrastructure for the potential launch of sacituzumab govitecan in the United States.

Immunomedics recently signed a precedent-setting licensing deal for greater China involving record terms for a single asset in that geography — $125 million up front, up to an additional $710 million in milestone payments, and royalties ranging from 14–20% — providing further indication that sacituzumab govitecan is expected by the market to contribute significantly to improving the lives of patients across multiple tumor types.

Over the next five years, Immunomedics will aggressively expand its pipeline to explore the full potential of sacituzumab govitecan in late and earlier-line settings of Trop-2-expressing solid tumors as a single agent and in combination with syngergistic agents. The company will continue to explore use of its ADC platform to address novel oncology targets with additional differentiated cytotoxic agents.

Immunomedics will continue to evolve and de-risk the global supply chain to ensure ongoing supply of products. The company intends to manufacture, register, and market products in the United States and other major markets, leveraging partnerships to strategically maximize the clinical and commercial potential of its assets, where required. 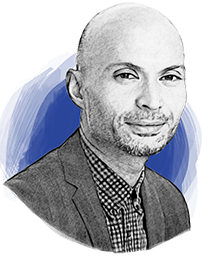 How Does Polpharma Biologics Envision the Future of the Pharma/Biopharma Industry?

Q: Although there is no such thing as a truly “crisis-proof” organization, how are you working to mitigate risks for future crises like the COVID-19 pandemic?

Anticipating the Next Decade of Gene Therapy