Death to Cleanrooms in Biopharmaceutical Manufacturing

For as long as most of us can remember, the manufacture and purification of biologic drug substances has mostly been performed in cleanrooms. Recently, advances in the design, form, function and operation of bioprocessing equipment has made it possible to close — or functionally close — biological active ingredient (API) manufacturing operations. As expressed in the most recent regulatory guidelines (PIC/S 2017, Annex II), closed bioprocessing can be moved into simpler, unclassified environments and even outdoors! This strong endorsement of closed processing provides enormous opportunity and cost benefits to drug manufacturers.

At the inception of the biopharmaceutical industry, with the production of antibiotics via fermentation, bioreactors were often located outside, with plumbing inside in locations that experienced colder weather. Contamination of these processes was seldom an issue during fermentation, given that the cultures in question were of a short duration and the organisms used produced antibiotics that inhibited the potential invasion of other contaminating species. In addition, the analytical tools available at the time often could not detect traces of contaminating organisms or chemicals.

Things changed with the introduction of mammalian cell-culture-based processes in the 1980s. The longer duration of the cell culture (from 24 hours to 12-180 days) and the lack of natural antibiotics produced by mammalian cells resulted in a higher frequency of detected contamination rates of up to 50%. Detected contamination rates of less than 5% were often considered acceptable or even “ideal” given the limitations of the industry’s capabilities for effective SIP, sanitary design and maintenance of an aseptic state. Today we know that the failures were largely due to the fact that the equipment was not appropriately designed for aseptic operations. The biopharmaceutical industry’s response to this deficiency was to move bioprocesses into cleanrooms, where the levels of bioburden were lower, thus reducing the level of bioburden to which our process streams were exposed. This solution was successful at reducing the frequency of detectable contamination rates to 5%-10%, so the strategy of moving bioprocesses into cleanrooms was adopted. The irony is that actual contamination rates likely remained the same. Only by improving the integrity of the equipment used can one truly mitigate the risk of contaminating a bioprocess from environmental elements. Unless one works in a bioburden-free environment (Grade A/ISO 5), the risk of contamination of an open operation cannot be totally eradicated.

Cleanrooms Will Never BE Clean Enough

The observed contamination rates were achieved because existing analytical capabilities were limited, and therefore could not detect the lower levels of bioburden. As analytical detection limits continued to improve, it became possible to detect even minute levels of contamination in bioprocess fluids.

The only real solution to prevent contamination is through the use of closed equipment. Closed equipment is equipment or systems designed to be cleaned and/or sanitized to a point where the risk of contamination from environmental sources during product contact is fully mitigated. This includes single-use equipment and equipment designed to be CIP’d and SIP’d between operations. With such an approach, a process will only fail if there is an unusual event or malfunction of the equipment. An effectively closed process cannot be contaminated because of common human failures such as a torn glove, insufficient or inappropriate gowning, a cleanroom suite door that was improperly (or untimely) opened or closed, or because too many personnel were present in the suite during critical operations. If good science and process analytical technology are implemented, equipment can be appropriately closed by CIP and/or SIP and verified as closed. Personnel errors in gowning or transitions from one cleanroom zone to another will have little impact on the quality of the drug when manufactured
in a closed system. Our regulatory agencies have recognized this, and for this reason, they are now inviting the manufacturers of biological APIs to perform these functions in unclassified environments (or “outdoors” as stated in the 2017 PIC/S regulations1).

If good science is implemented, equipment can be thoroughly sterilized every time, without having to turn to gowning, for instance, which has little impact on the quality of the drug being manufactured.

The solution of removing bioprocesses from classified cleanrooms can be achieved with closed or functionally closed equipment as defined in the International Society of Pharmaceutical Engineers (ISPE) Baseline Guideline.2 A closed system is validated to show that there are sufficient layers of protection to mitigate the risk of contamination from the environment. Importantly, the environment housing the system is not a critical aspect of the process, because the product is never exposed to the outside environment. Thus the risk of contamination in a closed system cannot be mitigated by housing the process in a bioburden-free environment, so why put it there?

A functionally closed system is a system that is routinely opened, but then returned to a closed state via cleaning, sanitization or sterilization prior to product contact. The process, when run in a closed manner, does not expose the raw materials, in-process materials or bioprocessing fluid to the operators or environment. The cleaning and/or sanitization/sterilization process must be validated to confirm the return of the system to a functionally closed state.

The American Society of Mechanical Engineers (ASME) Bioprocessing Equipment Standards Committee (BPE) is charged with developing a standard covering the design, materials, construction, inspection and testing of bioprocessing equipment such as vessels, piping and related accessories, such as pumps, valves and fittings, for use in the biopharmaceutical industry. The ASME BPE standard3 establishes requirements for the design of bioprocessing equipment and addresses the design features required for effective cleaning and sanitization of that equipment. The BPE is working to establish design standards for equipment for all biopharmaceutical unit operations that are single use or can be cleaned and sterilized/sanitized for the purpose of effectively closing the system in which this equipment is used. With current technology available, it is possible to eliminate the environment as a factor for the contamination or adulteration of virtually all bioprocesses.

Unfortunately, some unit operations that have always traditionally been performed in open systems continue to be performed in this manner. Today, most — if not all — of these processes can be performed in closed or functionally closed systems. If the goal of 100% closed processing can be achieved, the need for cleanrooms can be eliminated completely. Doing so is not only safer for the operators, the manufacturing process and ultimately for the patient, it can also significantly reduce the cost of a unit operation from both OPEX and CAPEX perspectives. A cleanroom typically carries a capital cost of approximately $2000-$3000 per square foot, compared to $200-$400 per square foot for a high-quality unclassified environment suitable for housing a closed operation.

Closed processing can be achieved either by designing closed equipment or placing the open process inside a closed system such as an isolator. Whether using traditional stainless-steel tanks that are functionally closed by CIP and SIP or using single-use (SU) systems that are closed by gamma irradiation or by housing a process within a properly conditioned isolator, these options all represent a more cost-effective strategy that represents much lower risk to the patient.

Risk Assessment and Validation of Design

The key to successful implementation of closed or functionally closed systems is good overall design. Good design includes the use of connectors that are designed, installed and used correctly, effective sterilization/sanitization procedures, appropriate validation, effective monitoring and compliant documentation. Until all of these criteria are met, a system should not be considered closed.

CRB has developed a risk-assessment tool that helps its clients assess the potential for ingress of environmental contaminants into their processes. We have also created methodologies to mitigate these risks. As part of the ASME BPE, we are actively involved in the design of functionally closed solutions for existing open processes that can be readily cleaned and sanitized.

With current technology available, it is possible to eliminate the environment as a factor for the contamination or adulteration of bioprocesses.

Among the challenges facing biopharmaceutical manufacturers are the numerous regulations, standards and guidelines applicable to bioprocessing. In addition to the ISPE Baseline Guidelines and the ASME BPE standard, the Parenteral Drug Association (PDA) has issued a series of technical reports with guidance on how to clean, sanitize and sterilize systems. And a consortium of biopharmaceutical manufacturers called the BioPhorum Operations Group is testing and challenging some of the former legacy paradigms and approaches (many of which have become folklore) and presenting new concepts to be considered in a series of white papers. Current good manufacturing practices issued by the USFDA (laid out in the Code of Federal Regulations, CFR) and the European Medicines Agency (EMA, laid out in the Eudralex in Annex I for drug products and Annex II for drug substances), as well as similar regulations in Japan, China and many other countries, must be complied with by producers of biologic APIs and formulated products.

The Pharmaceutical Inspection Convention (PIC) is working to address this issue through the development of harmonized regulations. The PIC consists of 52 participating authorities from all over the world. The group has created a new series of guidelines based on the European regulations but updated in more user-friendly language. Together with the societies stated above, the regulators are helping paint a clearer picture of what the real standards should be for the manufacture of biopharmaceuticals.

Biologics manufacturers should be investing in process closure in lieu of investing in outdated, heavily customized, non-sustainable cleanrooms. The transition of our biopharmaceutical industry from open processing in cleanrooms and into closed processing is encouraged by regulators as well as other organizations responsible for publishing key bioprocessing guidelines. This strong endorsement of closed processing provides enormous opportunity and cost benefits to drug manufacturers. Simplifying the design and construction of a biopharmaceutical facility and the operation of an unclassified manufacturing environment results in huge capital and operational cost savings, and therefore fewer deviations and failures. The use of closed integral equipment also results in lower risks to the patient. May the next five years lead to improvements in equipment design, and ultimately to the death of cleanrooms in ”Back to the Future Facilities™” for biopharmaceutical manufacturing. 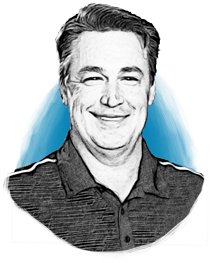 Marc Pelletier, Ph.D., is an internationally recognized biopharmaceutical process specialist. An industry leader in the area of fermentation and cell-culture-based bioprocesses, Marc has helped to revolutionize closed bioprocessing in the biopharmaceutical industry. He was main contributor for the ISPE Baseline Guideline on Biopharmaceutical Manufacturing Facilities. He also continues to serve on the ASME BPE Standards Committee after two decades. While his primary expertise is in upstream and downstream unit operations, Marc also has extensive experience in the area of plasma fractionation.