Southern Hospitality On The Road To Bio

“Starting off any day in the pool is okay in my book.”
Steve Kuehn, Reporter

Scuba Steve may have been a more fitting designation for the campaign’s bluegrass-singing, water-loving contributor. While the rest of the crew clung to a few extra moments of slumber before the 600-mile Road to BIO day nine, Steve hit the pool for a few laps, a brisk warm-up for what was to be a long, long haul through Texas.

Eugene in particular enjoyed the extra shut-eye, as day nine was the only day he and Nigel would forgo their daily ritual of cleaning the car. The Aventador, which had been parked at Lamborghini Houston the night before, was due for a final once-over and fluid check before reaching its final destination of San Diego. But unlike the critical tune-up back in Sterling, Virginia, there was very little to do, and the team was back on the road within 20 minutes. 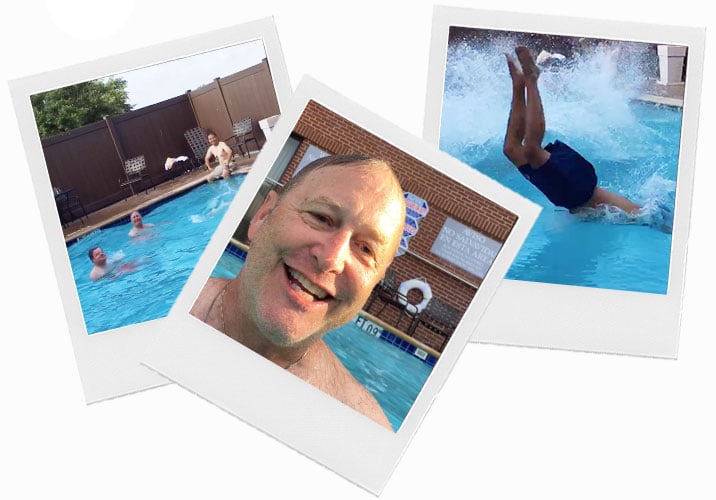 The day that lay before them was not unlike the stretch of Highway 10 that would lead them out of the Lone Star State—long, open and, at times, a bit dodgy. But before resigning themselves to the flatness of the desert roads, a splash of vivacity was necessary, which was more than satisfied by Houston’s vibrant scene. Noticing a sampling of the city’s signature graffiti on the walls of the Lamborghini dealership, Nigel, an artist at his core with a love for bold colors, was quick to identify where the best representation of Houston’s graffiti art could be found.

“Downtown Houston is a beautiful area where graffiti artists are given large canvases to express their visual,” Nigel noted. 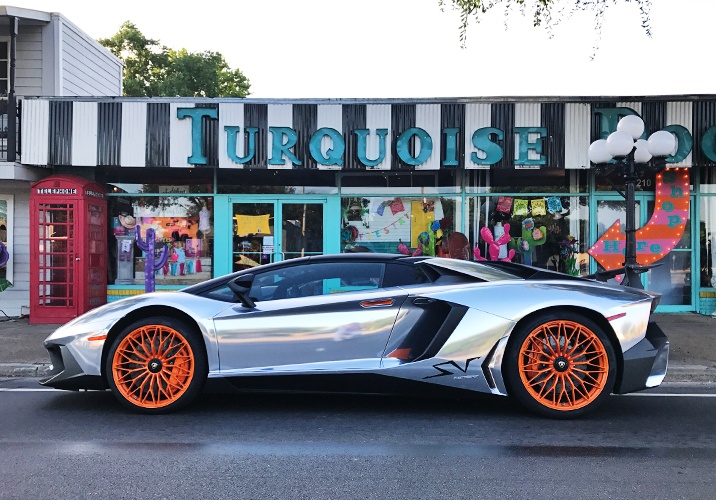 As the team headed downtown for a photo op, so did throngs of others, both fellow passers-through and native Houstonians alike. In line with the encounters made on the journey thus far, Houston did not disappoint in terms of personality. In just the area surrounding where the car was parked, there were models taking headshots, a family taking graduation pictures and a yoga-instructor mother on vacation with her soccer-playing son. Between the photos and conversation, two hours had passed in the baking sun before it occurred to anyone that perhaps they should have worn sunscreen.

What in theory sounds like a quick jaunt across county lines is never so in Texas, as was first evidenced on the Road to BIO by the four-and-a-half-hour trek to the Alamo in San Antonio. And if the team thought Houston’s graffiti murals drew a crowd, they didn’t know what they were in for at this tourist hotspot. While Brian set up across from the Alamo, Nigel and Steve took a drive-by approach, circling the landmark until they captured the perfect shot. 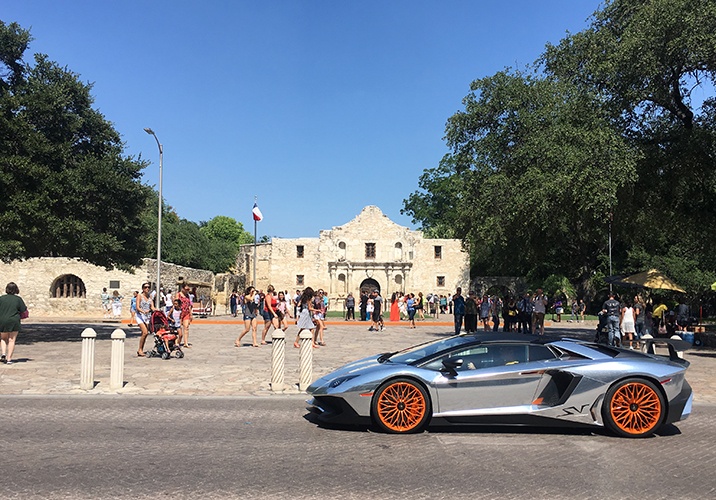 Back on Highway 10, the miles and miles of Texas Steve so animatedly sang about the day prior were multiplying as the landscape began its slow shift from verdant pastures to arid desert. The Garven Store in Mountain Home, one of the oldest remaining convenience stores in Texas and a staple for those roaming the oft-beaten path in Central Texas, was a must on the Road to BIO. History aside, the Garven Store promises legendary brisket and BBQ, and welcomes those “in need of meat, a treat, or a place to rest your feet.” All of the above for the boys on the Road to BIO. 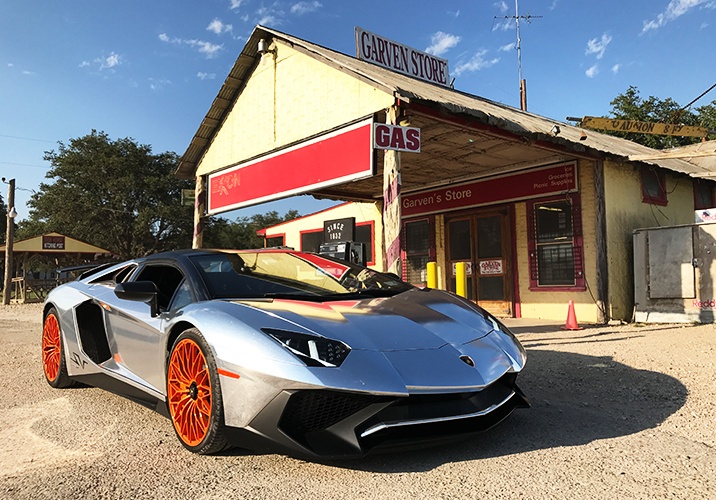 The Lamborghini is pictured here in front of Garven Store in Mountain Home, Texas

But Nigel and Steve, who had been keeping pace at the usual 45 minutes ahead of the RV, arrived to an empty storefront. Almost 200 miles off course, with dusk now looming and the RV nowhere in sight, it wasn’t quite time to panic, though things weren’t looking great.

“There was no cell service, so calling the RV was a waste of time,” said Nigel.

But a fortuitous turn of events ended up making the three-hour detour well worth it, though for reasons very different from those initially anticipated. As Nigel and Steve stood around wondering what to do next, a group of locals pulled into the empty parking lot and approached the city dwellers with an offer they couldn’t refuse.

“You guys look lost,” said the first to approach, a man in a cowboy hat. “And hungry. Would you like to join me for a cookout?”

A few miles back, the RV crew had already spotted a hint of civilization amid a cloud of billowing smoke. Taking in the undeniable aroma of a Texas barbeque, the crew, led by Albert, had already made up their minds that this would be the next stop on the Road to BIO.

“I was like, I would really, really love to crash that barbeque,” said Albert, unaware at this point that the Garven Store was closed. “Not long after, we saw Nigel coming back and I said, ‘Hey, forget the Garven Store—that’s where we’re going.”

The cookout, the crew learned, was a fundraiser for the Divide Volunteer Fire Department, one of the most generous, welcoming groups the team would encounter on the Road to BIO. And according to Albert, the steaks weren’t half bad either. 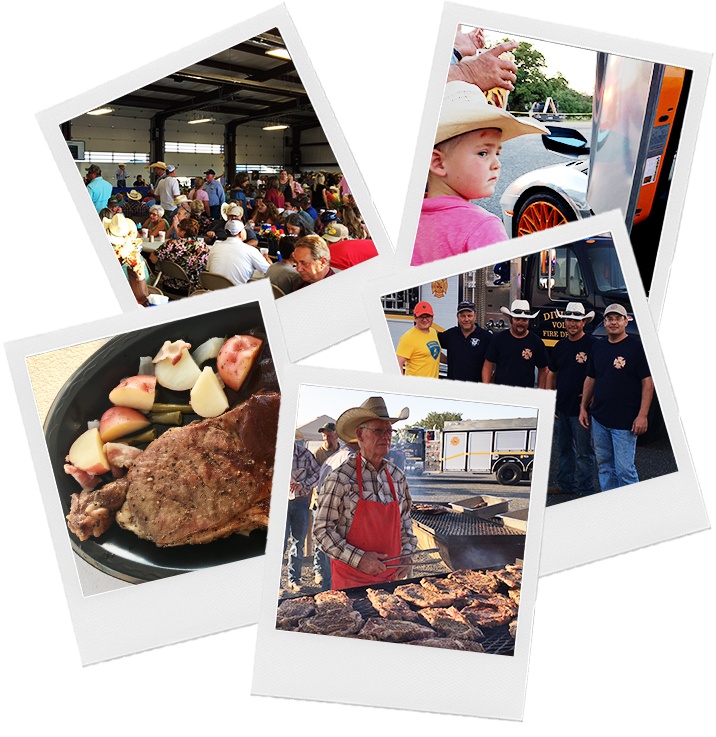 While the crew largely hailed from New York City with the exception of San Francisco-based videographer Brian Pierce and Chicago native Steve Kuehn, the majority were born elsewhere—some, overseas. Perhaps this was why so many on the Road to BIO were continuously enthralled with the different people and cultures they encountered on the trip. Here, in the heart of Texas, they were immersed in a culture that was quite a contrast to that of New York, largely in terms of hospitality, though there were other differences, too.

“There was a woman walking around with a gun in one hand and bullets in the other,” recalled Govindra Singh, the Road to BIO’s Queens, New York-based scientist. “It was definitely an eye opener for me.”

Brian, who has lived on both the east and west coasts of the US and traversed nearly every state in between, had never come across—or captured, for that matter—a more unique, welcoming group.

“They were auctioning off machine guns, which was culturally a little bit different than what I am used to,” said Brian. “But it was the nicest and most welcoming group of people.”

As Brian and the team scrambled to capture the spirit of the evening before devouring at least their culinary representations of it, Albert, the ever-astute Tin Can Sailor, felt eyes on the crew. A quick survey of the scene confirmed his suspicion, but it wasn’t their lack of cowboy hats or unconventional vehicle that was causing the stares as they had assumed—at least, not entirely.

“People were laughing at us!” exclaimed Albert. “Turns out, we were the only ones with phones. There’s no service, so they use landlines.”

The Road to BIO was made to feel so at home in Mountain Home that it was difficult to leave, which would explain the 9:30 p.m. departure with over 250 miles still to go that night. Fortunately for Nigel, big rigs were pretty much the only things lining the late-night Texas roads, with no highway patrol in sight.

Indiscretion aside, it could be argued that this marginal breach of regulation was actually a safeguard. For not the radio at its highest volume nor the hair-raising wind entering through the Aventador’s open windows could keep the exhaustion at bay for Nigel or his copilot Steve, who had by then succumbed to its grasp. After 14 hours of driving, speed would prove to be the only adequate stimulant for the thrill-seeking speedster, though he was careful to keep it within reason. Completing the haul in a swift three hours, Nigel crossed into Fort Stockton, the finish line of the 598-mile day nine, at 1am.

“The RV turned up around 45 minutes later,” said Nigel. “The usual deal.”