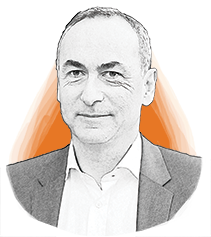 Thierry Durand, Ph.D., joined the Minafin Group as managing director of Minakem in 2019. Prior to that, Durand worked at Naturex as VP Pharma BU. Between 2005 and 2016, he worked at Novasep where he held several R&D and strategic project management roles. Before that, Durand worked for Merial, Rhône-Poulenc and Synthelabo. He holds a PhD in Organic Chemistry – New Antibiotics, LPGD from Université Catholique de Louvain.

Q: What is your perspective on how the pharma industry has responded to the COVID-19 pandemic? What lessons have been learned?